The peak body for culturally and linguistically diverse Australians says it hopes new resources will encourage more migrants and refugees to come forward with their stories in aged care. 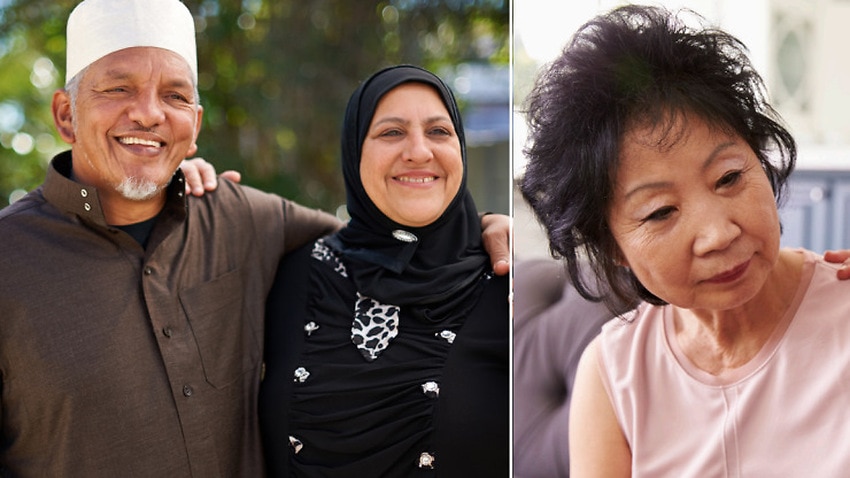 Older Australians from culturally and linguistically diverse backgrounds are being urged to share their experiences with aged care services. Source: Multicultural Aged Care

Older Australians from culturally and linguistically diverse backgrounds are being encouraged to "tell their stories" to the Aged Care Royal Commission.

To facilitate this, new resources have been developed by the Federation of Ethnic Communities' Councils of Australia (FECCA).

It marks the first time a royal commission has boosted its language and translation resources to hear directly from these Australians.

The commission is accepting submissions until at least the end of September.

FECCA chairperson Mary Patetsos said it was a move that the body secured through their consultation with the commission.

"Previous royal commissions provided interpreters as an option, but it was a remote possibility and very difficult thing to organise. And people were not aware that they were available," she said.

"There was often difficulty in setting up the process to ensure people could use interpreters and material was not translated. So you had very low participation."

Read More
No aged care respite available 'unless someone dies'

She said the extra resources recognised the demands of providing culturally-appropriate aged care arrangements for migrants.

"It is also recognising that older people from culturally and linguistically diverse backgrounds, in aged care whether it be at home or in residential aged care, is a critical issue in their life.

"So I think the royal commissioners are very aware that this is an important topic for the community. So it was not something they could ignore."

To date, 5,258 submissions have been received with the majority of them coming from the more populous states NSW (29 per cent), Victoria (27 per cent), Queensland (22 per cent).

Ms Patetsos said overcoming the language barrier is critical in gaining the first person perspectives that will ensure the cultural and religious considerations are taken into account.

Over 5,000 submissions have been received by the aged care royal commission. Source: Royal Commission into Aged Care Quality and Safety

"The commission has done a really good job to capture the voices of older people, we're hoping to have lots of voices from culturally and linguistically diverse communities, so they can tell their story direct.

"It is one thing for me to tell it and it is another for it to be from them.

"Fundamentally it is about ensuring that people are safe and that they receive quality care."

She said the roundtables facilitated so far with FECCA's membership and outreach into communities has already highlighted key issues.

Language remains the biggest challenge. Dealing with the expected increase size of migrants over 65 and 85 is another.

"We have increasing numbers, over 35 per cent of people going into [aged] care come from culturally and linguistically diverse backgrounds. So the numbers are not insignificant."

Other issues include navigating the aged care system and ensuring the migrant employees in the sector are receiving the right support to increase the quality of care given.

"A lot of people in the [aged care sector] workforce, especially the lower end of the workforce, themselves are people of culturally and linguistically diverse background, are often new arrivals who take jobs in nursing homes to be carers.

"So we need to care for them. We need to make sure that they understand what the rules are and what the responsibilities are as an employee in Australia."

The commission is encouraging submissions online, via email, by post or via telephone.

For those wanting to share their experiences in languages other than English, an interpreter service is available at no extra charge.

The royal commission is finishing a three-day hearing in the Victorian regional city of Mildura, with the next hearing set for five days in Brisbane, beginning on 5 August.

The royal commission has also been told that "the demand for culturally appropriate services is likely to increase considerably in the future and this demand will change over time as the different ethnic populations continue to age at different rates."