UN staff in Yemen paint a devastating picture of a conflict which it believes many want out of the headlines.

As a brutal war in Yemen drags on into its third year, humanitarian groups continue to be frustrated by what the UN has described as a 'blatant disregard' for civilians.

"The parties who are involved in this conflict don't really care at all about the people they represent," Mr McGoldrick told the broadcaster.

Over the course of the two-year conflict, numerous reports have emerged of the warring parties and their western allies using diplomatic pressure to stymie investigations.

"The parties often don't want the stories to be told," Mr McGoldrick said.

Those stories paint a catastrophic picture for the country's 27 million inhabitants. "There are children who are two years old, but look less than one year old because they have shrunk due to the lack of food and health care," said Unicef deputy representative Dr Sherin Varkey from the country's capital, Sana'a.

More than 50,000 civilians have been killed and injured as bombs have landed on schools, mosques, factories and hospitals – the UN says a child is killed every 10 minutes.

"These deaths are largely due to preventable causes like pneumonia and diarrhoea," Dr Varkey said. The UN has blamed both sides for targeting civilians and using child soldiers, but has singled out the Saudi-led coalition for its devastating airstrikes on civilian targets.

"What is really required, is that the international community puts pressure on the parties to really respect humanitarian law," Dr Varkey said.

"Whether it is the direct attacks on children, or attack on hospitals, on schools, this really needs to stop." 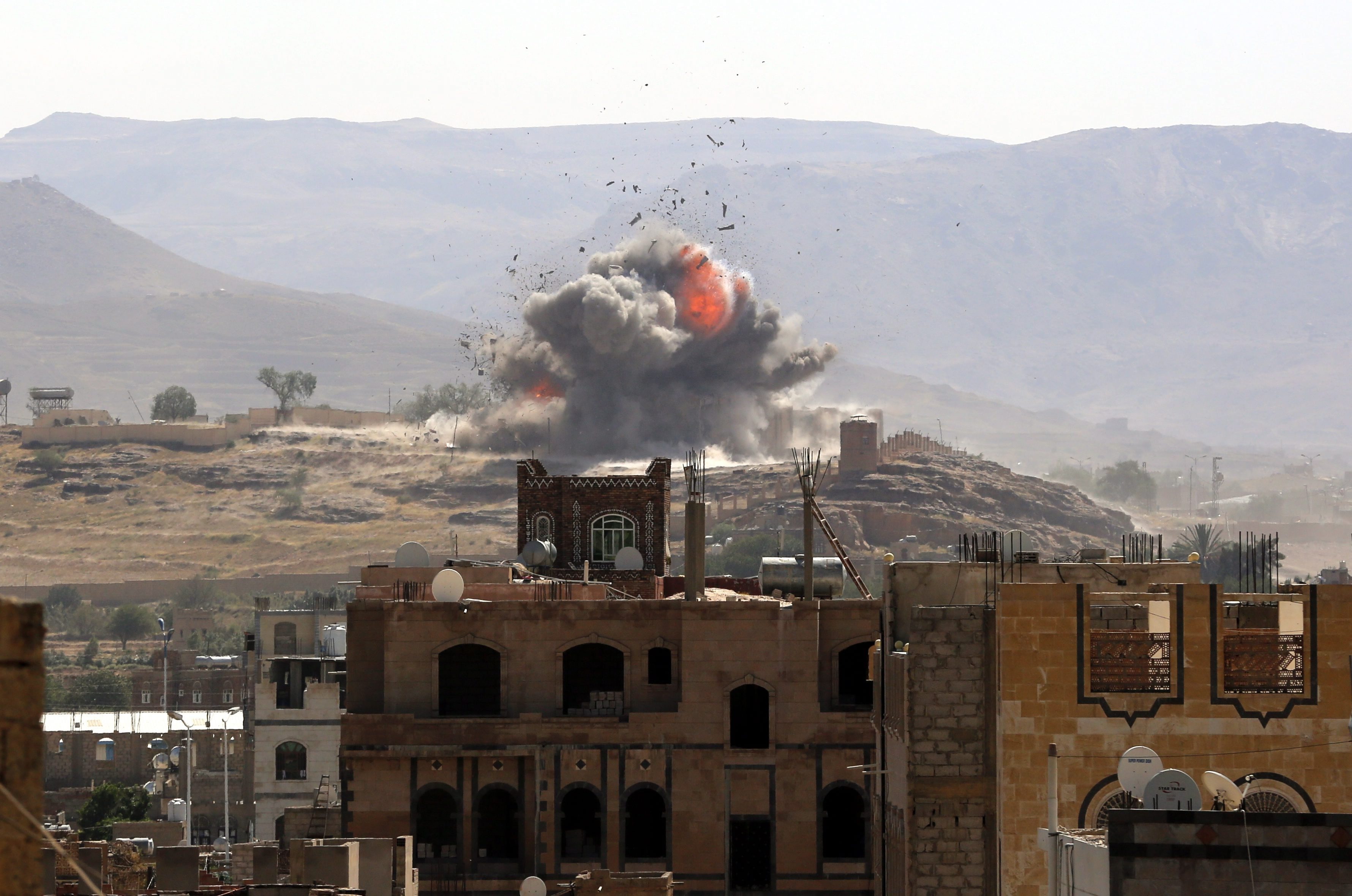 Smoke and balls of fire rise from an alleged Houthi-held military position after it was hit by a Saudi-led air strike in Sana'a, Yemen, 25 September 2016.
EPA/YAHYA ARHAB

The war in Yemen was sparked by a Houthi coup in September 2014, which forced President Abdu Rabbu Mansur Hadi to flee to neighbouring Saudi Arabia.

In March 2015 a Saudi-led coalition of Arab states - which backed the Hadi government and claimed the rebels were Iranian proxies – launched a forceful military intervention to overthrow the rebels and restore the government.

Supported by intelligence and military advice from the United States, as well as weapons supplied by the US, UK and others, the Arab coalition has pounded the country with airstrikes – but the conflict remains a military stalemate.

Meanwhile, the country's economy has collapsed under the weight of damaged infrastructure, an ongoing naval blockade, and a new rebel government which is failing to pay civil servants – including doctors and teachers.

Veteran diplomat Jan Egeland, who has just returned from a five-day tour of the country, said in a statement that he was shocked by what he saw.

"This is a gigantic failure of international diplomacy," he said, "this preventable catastrophe is man-made from A to Z."

"Nowhere on earth are as many lives at risk." A member of a local human rights group takes photos of a destroyed funeral hall a day after Saudi-led airstrikes targeted it, in Sanaa, Yemen, 09 October 2016.
EPA/YAHYA ARHAB

Dr Varkey, who recently toured health facilities in the port city of Hodeida, said the health and education systems in the country were crumbling.

The condition of the children's hospital in the city was truly appalling, he said.

"There is a huge lack of supply of medicine and other essential supplies. There is more than one child on every bed."

"Families have to choose between treating a sick child or looking after the nutrition of the remaining children."

Half of all healthcare facilities have closed, the World Health Organisation has reported, and hundreds have been damaged or destroyed in the conflict. Five strategies to stopping a war, according to the ICG

"I have to also mention the heroic health workers," Dr Varkey said, "who, having not been paid salaries since the last seven months, are still turning up for work."

There is concern both in Hodeida and around the world that the Saudi-coalition strikes will target the city's port facilities, which have already been running at reduced capacity because of earlier damage.

Saudi Arabia has said the Houthi-controlled port is being used for weapons smuggling, but the UN has strongly urged against attacking the facility, which is also a major humanitarian access route.

"It is really important that the Hodeida port remains open and functional," said Dr Varkey.

"This remains a lifeline for other countries' humanitarian supplies, and this is important to really protect." 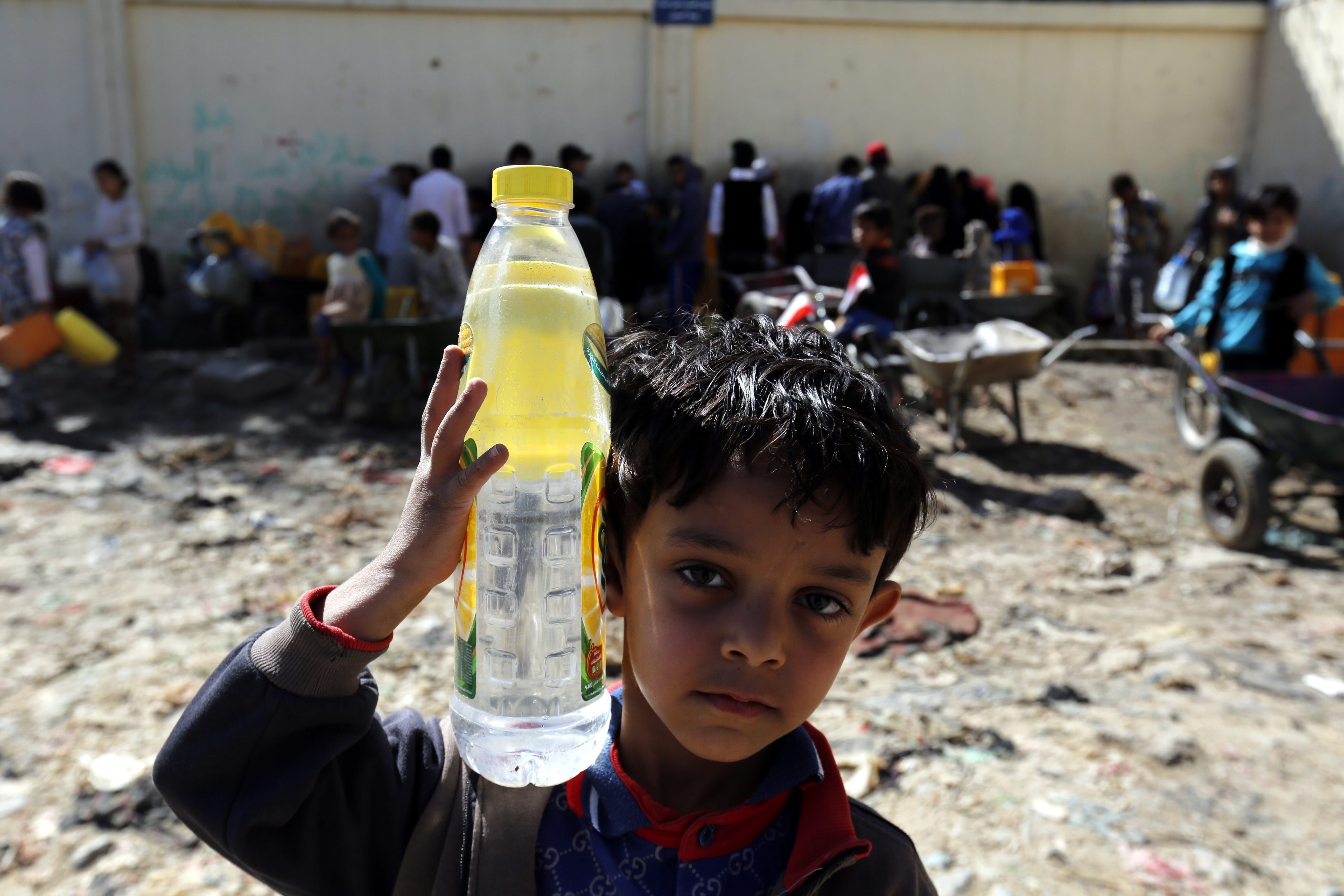 A young Yemeni carries a bottle filled with water from a donated source amid disruption of water supplies in Sana'a, Yemen, 28 October 2016.
EPA/YAHYA ARHAB

With good levels of humanitarian access across the country, despite bureaucratic hurdles, the UN says the primary hurdle aid agencies face is money.

"If the money does materialise and is available, this can definitely go a long way in reaching the people most in need," Dr Varkey said.

"It was heartening to see the amounts pledged," said Dr Varkey.

"But we have to keep in mind that the total ask was for $2.1 billion, so that is still a significant gap in addressing the humanitarian needs of the population." Comment: When it comes to Yemen, our indifference is deadly

"This is only the budget required for providing immediate, life-saving care – there are many more needs which need to be met."

One of the largest donations came from Saudi Arabia, which pledged $150 million at the April conference. Gulf partners, as well as the US and the UK, were also major donors.

It's an irony not lost on those working in the country.

"We're being supported from a humanitarian point of view by the same people who are arming the parties and keeping the conflict moving," Mr McGoldrick told the BBC.

As the country lurches into its third year of conflict, the UN says there's no military solution to the crisis.

All parties need to urgently implement a ceasefire and re-commence political negotiations, the organisation says. 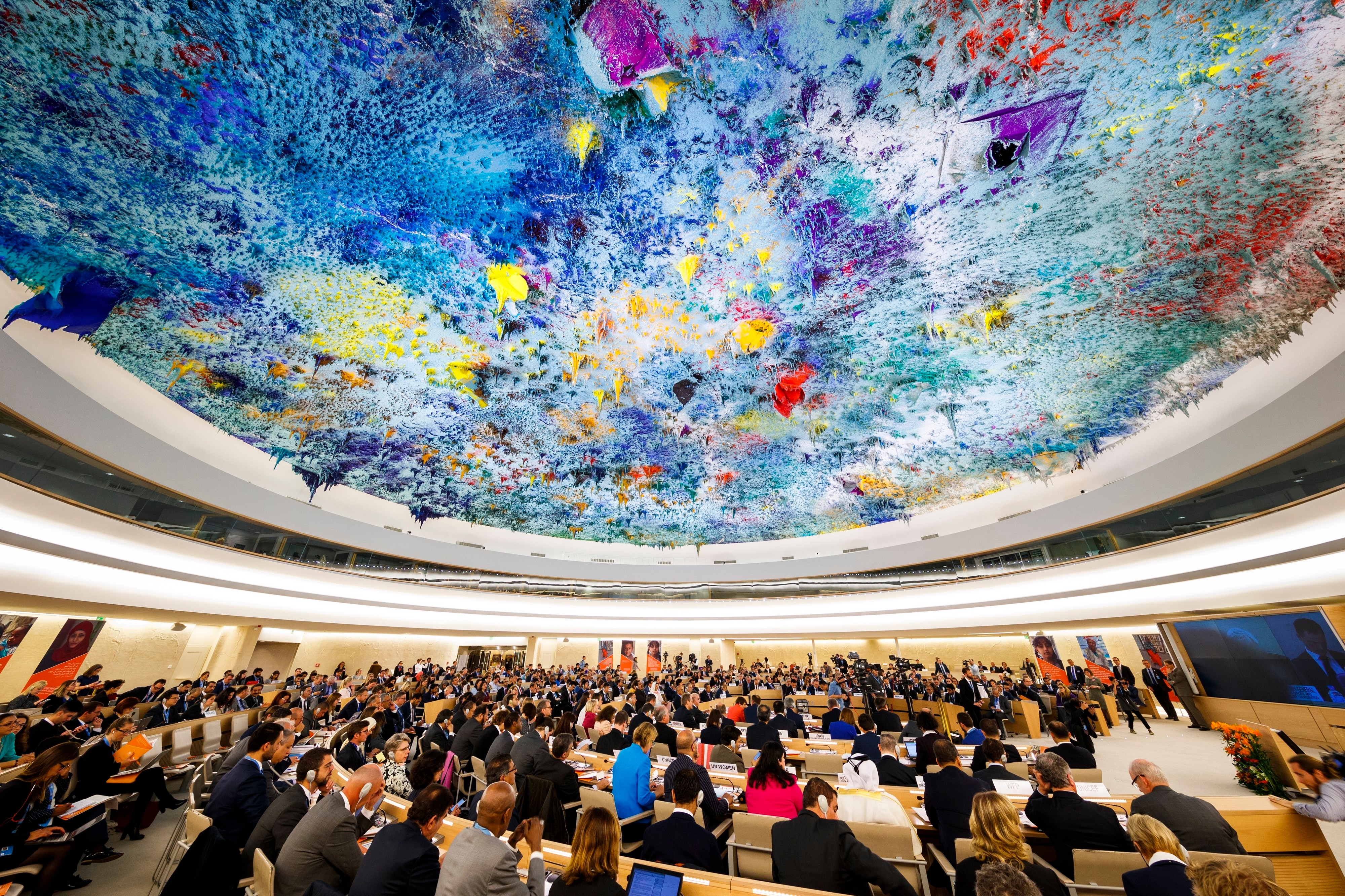 Delegates attend the high-level pledging event for the humanitarian crisis in Yemen at the European headquarters of the United Nations in Geneva, 25 April 2017.
EPA/VALENTIN FLAURAUD
Top Stories: The nuclear option: What a war with North Korea would look like