Countries from Spain to India and Australia have reimposed lockdowns and curbs to contain new outbreaks.

Millions of people faced new coronavirus restrictions Wednesday as infections surged in several parts of the globe, with researchers warning the epidemic in the US is set to get even worse.

With signs of a deteriorating US situation, the world's largest retailer Walmart said it would require customers to wear masks at all its stores to help stop the virus spreading.

Countries from Spain to Australia have reimposed lockdowns and curbs to contain new outbreaks, as global cases surged past 13.2 million with more than 578,000 deaths reported since the pandemic emerged late last year in China. 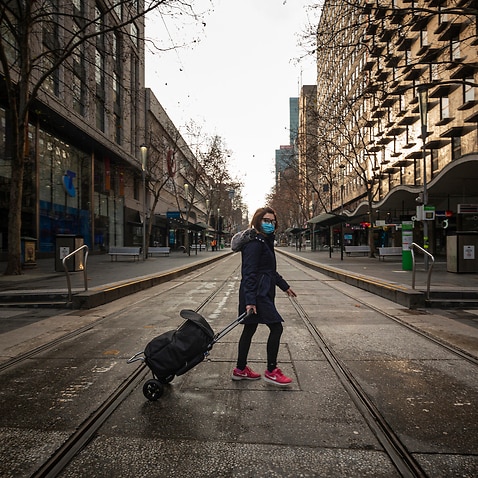 Tens of thousands of cases are now being reported every day in the United States, which has the world's highest death toll at 136,000, and the authorities are scrambling to roll back reopenings that were meant to revive economies.

Researchers said the latest models show the number of fatalities in the US is projected to rise to over 150,000 by next month, according to figures published on behalf of the Centres for Disease Control and Prevention (CDC).

But one of the research groups said near-universal wearing of face masks could save 40,000 lives between now and November. 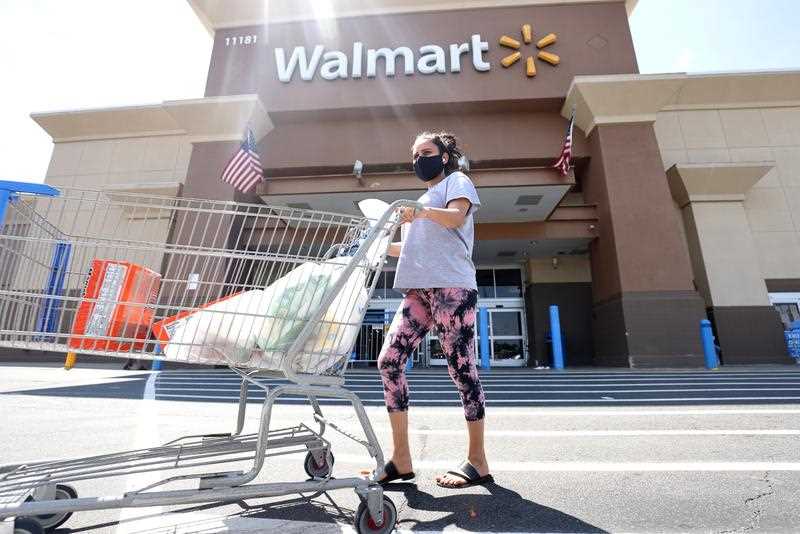 A Walmart shopper wears a mask as protection against the coronavirus as she exits a Walmart Supercenter in Fairfax, Virginia.
EPA

The use of face masks to slow the spread of the virus has become a political flashpoint in some countries, especially in the United States where President Donald Trump had resisted wearing one until recently and at times mocked the trend.

Walmart said it will require shoppers to wear face masks starting 20 July, joining a growing group of US businesses in mandating the protection as coronavirus cases have spiked.

"While we're certainly not the first business to require face coverings, we know this is a simple step everyone can take for their safety and the safety of others in our facilities," Walmart's US Chief Operating Officer Dacona Smith said.

The company has more than 5,300 Walmart and Sam's Club stores in the United States and is a giant presence in many of the southern and western states that have seen increases in cases and hospitalizations in recent weeks.

Despite the grim forecasts, American biotech firm Moderna said it would start the final stage of human trials for its vaccine candidate on 27 July, after promising results from earlier testing.

Moderna is considered to be in a leading position in the global race to find a vaccine, and while its study should run until October 2022, preliminary results should be available long before then.

Parts of the Asia-Pacific region, which had been somewhat successful in fighting the pandemic, provided fresh evidence of the deadly threat still posed by the virus.

Hong Kong's bars, gyms, and beauty salons closed again Wednesday and a ban on gatherings of more than four people came into force as the city battled a fresh outbreak after months of success against the virus.

Most of the city's residents voluntarily adopted face masks as a barrier against the virus when it was first detected in mainland China, but the Hong Kong government now requires passengers on public transport to wear them or risk a fine. 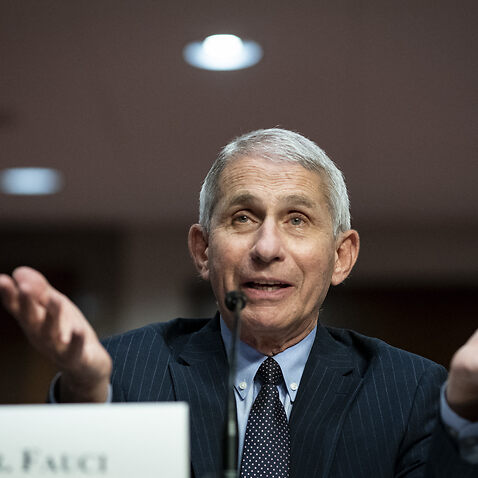 There was alarm in Japan too, where Tokyo's governor warned that the capital was on its highest coronavirus alert level after a spike in infections.

That came after the Indian state of Bihar, with a population of around 125 million, announced a 15-day virus lockdown starting Thursday.

Thousands packed markets in Bihar's Patna city to stock up before the restrictions begin at midnight.

"This time we decided not to repeat the mistake." COVID-19 patients are seen inside the Commonwealth Games Village Sports Complex which was temporarily converted into a coronavirus care centre in New Delhi.
SOPA Images

Authorities in Australia, meanwhile, pleaded Wednesday with the public to heed social distancing guidelines, with roughly five million people in Melbourne in lockdown since last week in a bid to contain a new outbreak.

That request came just days after a group was fined $26,000 when their house party was exposed by an unusually large order of KFC.

With no vaccine or effective treatment widely available, experts have advised lockdowns and social distancing measures in some form to prevent the deadly pandemic from gaining even more momentum.

Face masks will also become compulsory in England's shops and supermarkets from next week, while South Africa reimposed a nationwide curfew to prevent a "coronavirus storm". 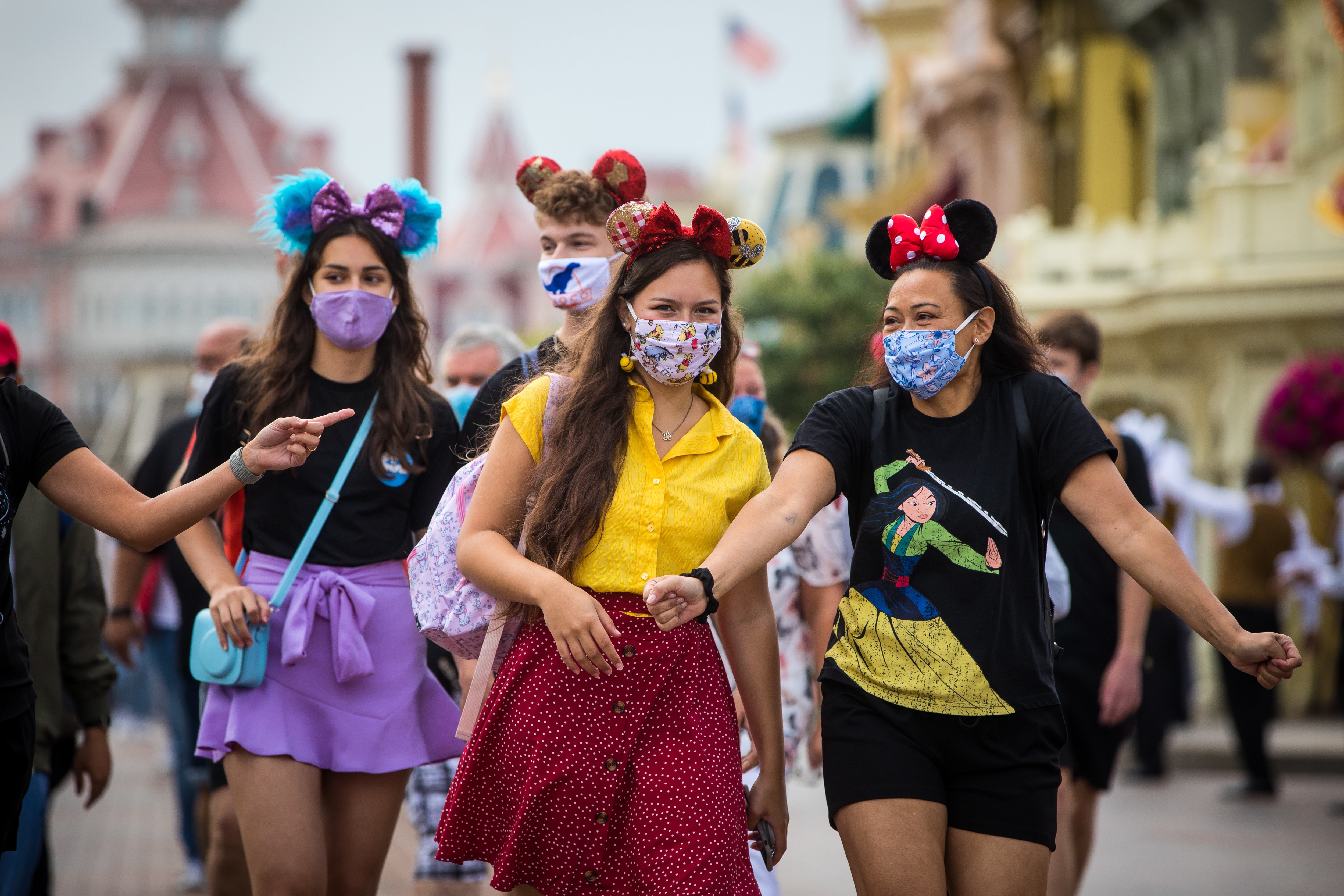 Disneyland Paris closed on 15 March due to the coronavirus disease outbreak.
EPA

European officials warned EU governments to prepare for a feared second wave of infections coinciding with the winter flu season on the continent that has seen a few spikes in cases since emerging from a peak of the pandemic.

"The virus is still with us," EU Commissioner Margaritis Schinas said.