Research by the Australian Institute says the death of up to a million fish in the Murray-Darling river system wasn't caused by drought but mismanagement. 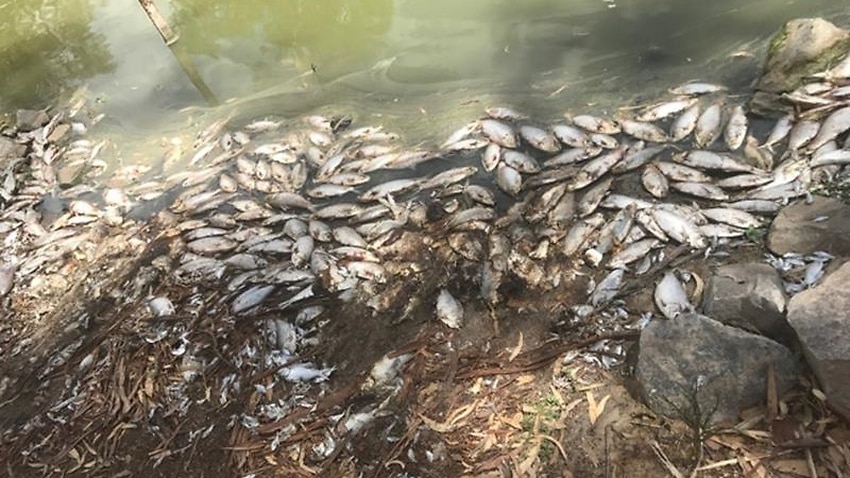 Mass fish deaths in the Murray Darling were not caused by drought but mismanagement of the river by state and federal governments and water agencies, new research says.

Up to a million fish died in the Darling River at Menindee early last week when a cool change swept through the region after a hot period.

Up to a million fish have died in a far west NSW river.

The NSW and federal governments have been under pressure by scientists who say mismanagement of water is to blame.

On Saturday, a paper released by the Australia Institute said while drought was the catalyst for the critical ecological incident, drainage of the lakes in late 2016 and 2017 of almost the equivalent of two Sydney Harbours was "not a natural phenomenon but a management decision".

While similar drainage has occurred in the past, inflows to refill the lakes from the Northern Basin have also recently declined, the paper says.

"It is clear what has caused the Darling River fish kill - mismanagement and repeated policy failure," Maryanne Slattery, Senior Water Researcher at the Australia Institute said in a statement.

"To blame the fish kill on the drought is a cop-out, it is because water releases were made from the Lakes when this simply shouldn't have happened," Ms Slattery said.

The report, A fish kill QandA, says the lakes were drained to save evaporation as well as to possibly justify the Menindee Lakes Water Saving project, changes to the Murray-Darling Basin Plan and the Broken Hill pipeline project.

The Murray-Darling Basin Authority co-ordinated the management of the lakes for most of the time during the releases and is partly responsible, the report says.

However claims by the NSW government that the incident was "under the control of Canberra" are false as the Murray-Darling Basin Authority co-ordinates the management of the lakes but does not control it, it says.

Aerators to be deployed across NSW to minimise fish deaths

Releases cannot be made by MDBA without approval by the Basin Officials Committee, which consists of representatives of each partner government, it says.

"The States, particularly NSW as the largest Basin state, can direct the MDBA in how to manage the lakes," the report says.

Recommendations of the report include making public annual reviews and all decisions of the Basin Officials Committee public.

The MDBA and NSW Regional Water Minister Niall Blair have been contacted for comment.