Stories of mixed race people with cancer looking for a suitable donor are going viral. In Australia, many people are struggling to find a match.

Zara Al Shaikh needs a bone marrow transplant to save her life, but doctors have been unable to find a donor with her rare tissue type due to her mixed ethnicity. The 13-year old UK citizen with Anglo-Arabic ancestry has taken to Twitter to ask for help, inspired by the #MatchForLara campaign that helped find a donor for another young woman from a mixed-race background. Her tweet has been shared more than 12,300 times.

I urgently need a bone marrow transplant. I have a very rare tissue type due to mixed ethnicity (Arabic/British). Pls help me find a match

Zara has not found her match yet. Her story is inspiring people all over the world to try and help her, from the BBC's appeal on social media to a medical center in Qatar.

We have extended operating hours of our Screening Center to help find a #Match4Zara until 25 Feb, 2pm to 8pm https://t.co/pTYmNtLJfi

The problem is also prevalent in Australia, where people of different ethnic backgrounds are often on the donor list for years. “It’s a complex issue,” says David Gottlieb, Professor of Haematology at the University of Sydney. "In Australia we do approximately 600 transplants a year. I would say that out of all patients, 10 to 20 per cent have trouble finding a donor, and as a result don't make it to the standard form of transplant."

He says it is particularly difficult for people of mixed ethnicity to find good matches in Australia. “The problem for ethnic subgroups is that the tissue types can be quite unusual. And those ethnic subgroups are often not well represented in the available registries.”

This has to do with the small population of certain ethnic groups, or the awareness of this issue is not very high. For instance, Aboriginal Australians are not well represented in the Australian donor registry. “It’s probably a variety of those reasons, people either aren’t aware of the possibility to become a donor or they elect not to become one,” says Professor Gottlieb.

'Social media campaigns can increase the available pool of donors'

Social media campaigns encouraging people to become donors can be very successful, he says. “I think it is a great idea and it can be very helpful. It is likely to increase the available pool of donors.”

Rajesh Sharma, 53, was born in Fiji and has an Indian background. In February 2013 he was diagnosed with chronic myeloid leukaemia. He reacted badly to prescribed medication so soon after his doctors suggested a transplant. Now 18 months later, Rajesh is still waiting for a suitable match.

“I did not think it would be this difficult to find a donor,” he says. It has been a trying time for him and his family. He and his partner have three children. Rajesh is very vocal about his situation, because he believes people should be made aware of this issue. “Before I was diagnosed, I didn’t have a clue. Now I’m taking an active role with the Leukaemia Foundation so that more people become aware of this.”

Professor Gottlieb says they are looking into ways around getting a standard transplant. "New immune therapies for some types of leukaemia are looking very promising," he says. Early trials have shown “extraordinary” results. 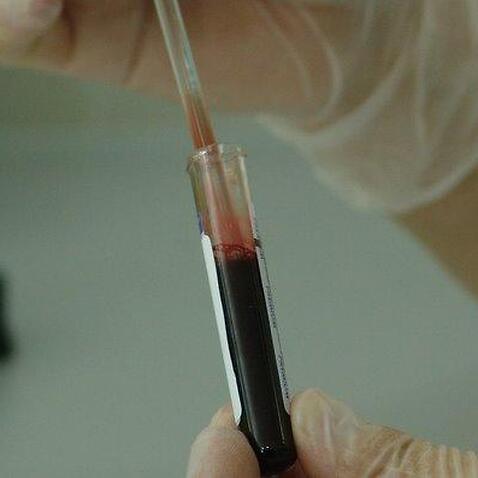 “This is a genetic engineering technique in which the patient's own cells are armed to be able to recognise and kill the leukaemia,” he says. Particularly in acute lymphoblastic leukaemia (ALL) this looks to be "tremendously effective". “It’s a very exciting development, and it may ultimately replace the need to take a patient to transplant. But it's probably a little early to say that at this point,” he adds.

There are also some developments in research looking into using donors that are ‘half matched’, which opens op the option of using donors that previously wouldn't have been considered. But this treatment is still in the development stage. “The outcomes in half matched transplants look encouraging. But they are not 100 per cent curative without side effects,” says Professor Gottlieb.

A transplant with a perfectly matching donor is still by far the most preferred treatment. "If we had a choice, we would still prefer to go to a transplant where we have a fully matched donor. The results of that are very well established."

Rajesh just wants the word out about the difficulties people like him face. “It is vital that people understand. But because it is not something they can see, it is harder for them to comprehend. So we need to make more people aware of this,” he says. He believes social media can help raise awareness. “If we can’t get it in the conventional sense, then of course we should try this.”

The hashtag #Match4All continues to pop up on the web. People from the UK to Canada are using it to ask for help in finding a stem cell donor. Lara has found her one-in-25-million match. In the video below she thanks everyone who was involved in the #Match4Lara campaign and urges people to sign up as a donor. Diversifying the donor registries and getting more people on the donor registry in general continues to be a struggle.