Iran's Assembly of Experts, made up mostly of elderly clerics, has not mattered much for years.

The body's main task is choosing Iran's supreme leader, but that job has not come vacant since 1989.

This time it's different. Given the ailing health of Supreme Leader Ayatollah Ali Khamenei, 76, the Assembly to be elected on Feb 26 for an eight-year term is likely to pick his successor, charting the course of the country for many years to come.

The Supreme Leader is the highest military and judicial authority in the country and has broad powers overseeing other branches of government. Even the president, who is directly elected, has less authority. Khamenei, hardline successor to the Islamic Republic's founder Ayatollah Ruhollah Khomeini, has ensured for decades that Tehran remains hostile to the United States abroad, and slow to embrace cultural reforms at home.

Elections for parliament are scheduled for the same day, but it is the outcome of the Assembly election that is likely to have a much greater long-term impact.

In terms of numbers, hardliners are almost certain to have the upper hand. The Guardian Council, a hardliner-dominated government body which reviews the eligibility of candidates, has already disqualified 475 candidates, many thought to be moderates, leaving just 161 people vying for 88 places.

Among those disqualified was Khomeini's grandson Hassan Khomeini, a charismatic reformer blessed with his grandfather's potent name.

The Council questioned his religious qualifications. 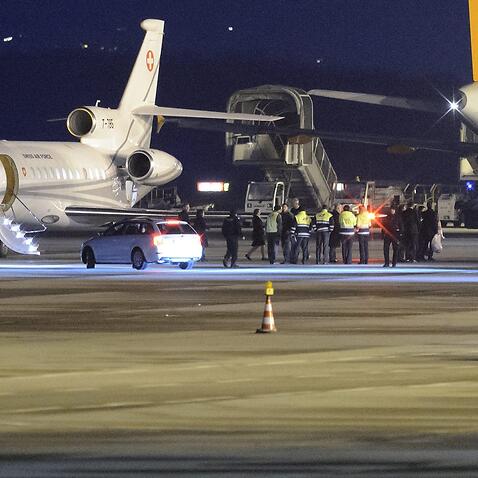 But the list of those permitted to stand includes other prominent moderates, first and foremost President Hassan Rouhani himself, who is riding a wave of domestic popularity after helping seal a nuclear deal with world powers last year.

He is joined by one of his most influential predecessors, Ali Akbar Hashemi Rafsanjani, who already holds an Assembly seat and will be campaigning to keep it.

Earlier this week, Rouhani released the names of 16 candidates, including Rafsanjani, in a bloc calling themselves the "Friends of Moderation." Their campaign slogan: "Moderation is Islam."

Within the assembly, a conservative majority bloc is likely to be led by hardline clerics like Mohammad Taghi Mesbah-Yazdi, Ahmad Jannati and Mohammad Yazdi.

Nevertheless, the moderate minority could still play an important role in choosing the next Supreme Leader.

When Khamenei was chosen in 1989 after Khomeini's death, the decision was taken only after elaborate backroom dealing that went far beyond a simple tally of votes in the Assembly. Cyclone Winston: Fears of disease outbreak in Fiji as clean water cut off

There was discussion of putting together a leadership council, before a handful of top clerics in the Assembly, including Rafsanjani, pushed for the nomination of Khamenei.

Khamenei did not have the appropriate religious rank to hold the position at the time, so the constitution was amended to allow him to take his post. Similar dealing may take place in order to choose Khamenei's successor.

"Shi'ite clerics are really masters of the art of the deal," said Hadi Ghaemi, executive director of the International

Campaign for Human Rights in Iran, a US-based organisation which has criticized the widespread disqualification of candidates.

"So while it is important how big your faction is in the Assembly of Experts it does depend on who the charismatic dealmaker is at that time."

In December, Rafsanjani broke a taboo by noting that a group had been formed within the Assembly to review possible candidates who could replace Khamenei. 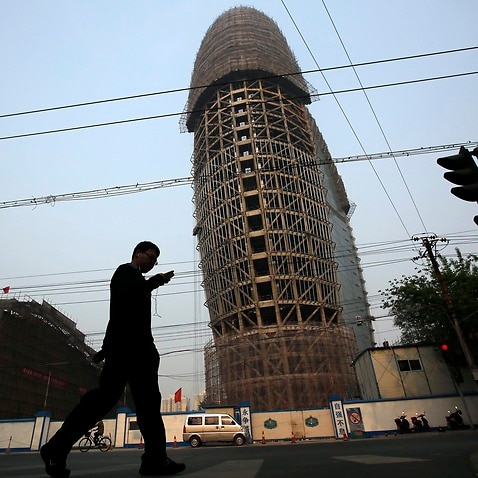 Moderate politicians and others have complained about the disqualifications by the Guardian Council, arguing that they skew the electoral field in favour of hardliners.

And 296 university professors from around the country signed a letter of protest to Rouhani over widespread disqualifications for both the parliament and Assembly election.

Hardliners say the complaints are unfounded and stem from a realisation among moderates that they will not win a majority of seats in the Assembly.

"The reformists are more focused on eliminating Mesbah-Yazdi, Jannati and Yazdi from the election than gaining a majority," Amir Mohebian, a conservative Tehran-based political strategist and analyst who has advised top Iranian politicians, wrote in an e-mail, referring to the top conservative candidates.

Still, there is an acknowledgement of the high stakes. Syria bombings claimed by IS kill at least 140

"The hardliners are very anxious about succession and the future direction of the country," said Sanam Vakil, an associate fellow at Chatham House who focuses on Iranian affairs.

"The hardline objective is to prevent any social or political liberalisation within the state."

Behind the Assembly's decision there will be other groups looking to influence the choice, none moreso than the Revolutionary Guard, who have gained military, political and economic power under Khamenei and will want to ensure that is not threatened by his successor.

"There are powers that are bigger and more important that are outside the Assembly," said Saeed Leylaz, a Tehran-based political analyst who worked as an advisor to former president Mohammad Khatami, referring to the Revolutionary Guard.

"These powers will have a bigger say in who becomes the next Supreme Leader than the Assembly itself."

What remains to be seen is whether the moderates can negotiate with a hardline majority within the Assembly, or whether the conservatives can consolidate their support for a candidate.

"There will either be a majority leaning toward one person or a very strong dealmaker who can even sway his opponents," said Ghaemi.