UK Prime Minister Theresa May says the resignation of Zimbabwe's Robert Mugabe is 'an opportunity to forge a new path', while US Secretary of State Rex Tillerson called the change 'overdue'.

US and UK leaders have hailed the resignation of Zimbabwe leader Robert Mugabe as a 'moment of hope' and 'overdue'.

Their reactions come as the Zimbabwe people take to the streets in scenes of wild jubilation following the end of Robert Mugabe's 37-year rule as president.

The news spilled over onto the streets of Harare and across the world as locals danced and sung for hours.

People danced on cars, beeped their horns long into the night and waved their flags as the sun began to go down. 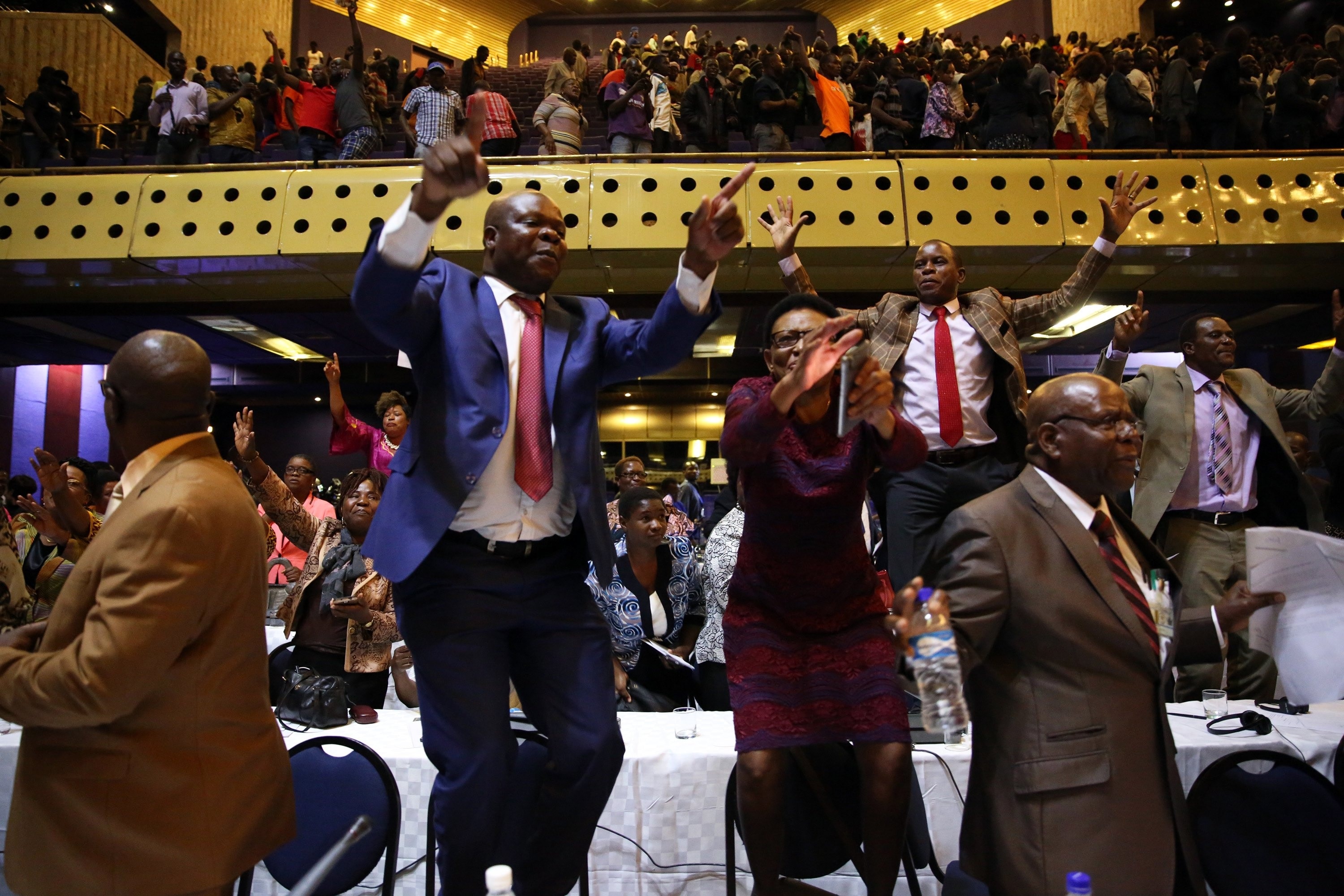 "The resignation of Robert Mugabe provides Zimbabwe with an opportunity to forge a new path free of the oppression that characterised his rule," she wrote.

"In recent days we have seen the desire of the Zimbabwean people for free and fair elections and the opportunity to rebuild the country’s economy under a legitimate government." The resignation of Robert Mugabe provides Zimbabwe with an opportunity to forge a new path free of the oppression that characterised his rule: https://t.co/lDsI2XUWei

UK Foreign Secretary Boris Johnson said the resignation was a sign of "hope" for Zimbabwe.

He also echoed Ms May's wish that the Zimbabwean people would now be free to choose a leader through a democratic process. 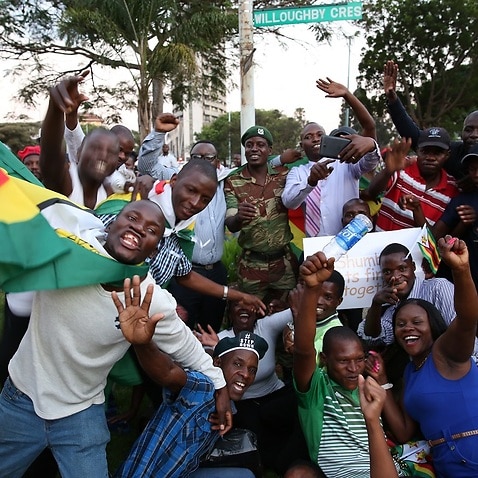 "We have to wait and see exactly how this unfolds but at first sight this is a moment of hope for Zimbabwe and for the people of Zimbabwe," he said.

"For 37 years they've been languishing under the rule of a despot who impoverished their country and what we hope now is that this will be a turning point, a moment when they can go forward to free, fair, democratic elections next year and that's what we will be encouraging together with the rest of our our friends and partners in the region."

I will not pretend to regret Mugabe’s downfall. Today is a moment of hope for the people of Zimbabwe. The UK will support them. pic.twitter.com/AHyW5yHM30

US Secretary of State Rex Tillerson called the change "overdue" and echoed Ms May's call for Zimbabwe to set a new path.

"With the resignation of Robert Mugabe, today marks a historic moment for Zimbabwe. We congratulate all Zimbabweans who raised their voices and stated peacefully and clearly that the time for change was overdue," he said in a statement.

"The United States strongly supports a peaceful, democratic and prosperous Zimbabwe. As events unfold, we continue to call on all parties to exercise restraint and respect constitutional and civilian order."

Meanwhile, politicians, human rights lawyers and journalists turned to social media to rejoice in the celebrations.

I have no anger , ill will or hate towards Robert Mugabe. Greatest punishment for Mugabe is to have him watch as Zimbabweans celebrate his departure. We won’t waste our lives hating on a 93 year old. But never again must we allow anybody to do another Mugabe on us #Zimbabwe

This is the first time that Robert Mugabe has made Zimbabweans universally happy since independence .

Mr Mugabe resigned as Zimbabwe's president on Tuesday ending his 37-year reign of autocratic control and brutality crumbled within days of a military takeover.

The move looks set to bring an end to Zimbabwe's worst political crisis since the country won independence from Britain in 1980.

The bombshell announcement was made by the Speaker at a special joint session of parliament which had convened to impeach the 93-year-old who has dominated every aspect of Zimbabwean public life for decades.