A majority of Americans, including a growing number of Republicans, want to see an "independent investigation" sort out any connections between Russia and President Donald Trump during the 2016 election campaign, according to a Reuters/Ipsos opinion poll.

The May 10-14 poll, which was conducted after Trump fired FBI Director James Comey, suggests the public is increasingly uneasy with allegations of meddling by the Russians in the US election.

Trump's dismissal of Comey, who was leading the Federal Bureau of Investigation's probe into ties between the White House and Russia, intensified calls by Democrats for an independent probe.

According to the poll, 59 per cent of adults, including 41 per cent of Republicans and 79 per cent of Democrats, agreed that "Congress should launch an independent investigation into communications between the Russian government and the Trump campaign during the 2016 election." 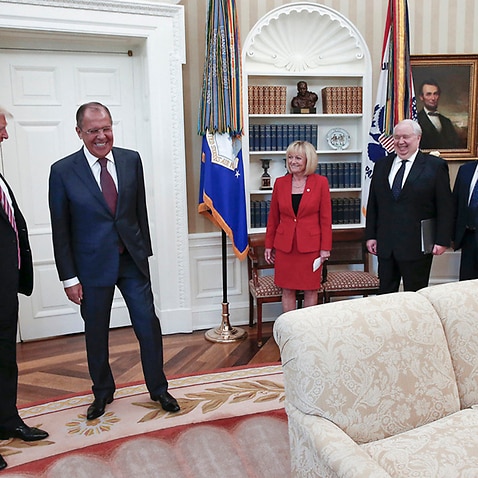 That compares with 54 per cent of all adults, including 30 percent of Republicans and 81 per cent of Democrats, who felt that way when the poll last asked the question in February.

"I really don't know what to believe anymore," said John Kremer, 74, a Trump supporter from Birmingham, Alabama, who wants an independent investigation. Kremer does not think Trump had any illegal contact with the Russians, but he does not like the way the president is handling he issue.

"If Comey hadn't been fired, I would have been comfortable with the results of their investigation," Kremer said. "My concern now is whether he (Trump) is trying to minimize the investigation."

The Reuters/Ipsos poll also found that public confidence in the executive branch and in Congress has eroded since the Nov. 8 election. Thirty-six percent of Americans said they had "hardly any confidence at all" in the executive branch and 43 per cent said they felt that way about Congress. That is up from 30 per cent and 37 per cent, respectively, who answered that way in a November poll.