More than 40 per cent of international students will defer until they can return on-campus, survey finds

A new survey of more than 6,000 prospective international students suggests they want face-to-face learning, with 39 per cent of respondents likely to switch destinations if it means they could access it earlier. 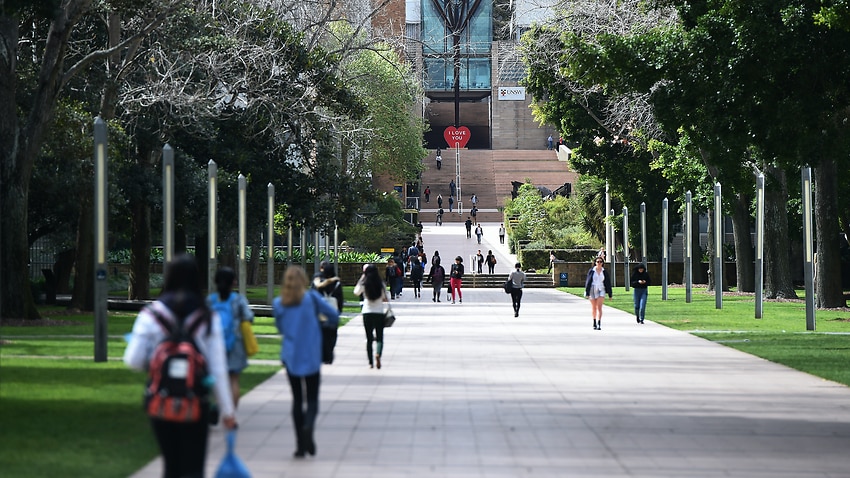 Only seven per cent of aspiring international students say they would continue with Australian courses if they're fully online, according to a new survey, with 43 per cent saying they would defer until they could study face-to-face.

The new survey of more than 6,000 prospective students by recruitment agency IDP Connect suggests international students want face-to-face learning, with 39 per cent of respondents likely to switch destinations if it means they could access it earlier.

Of the respondents looking to study in Australia, 38 per cent were willing to start studying online if they could to transition to face-to-face learning when the situation allowed, while 11 per cent were undecided.

Kevin Tanaya, National Secretary of The Council of International Students Australia, said that while many were eager to continue with their studies, they believed online learning did not fully replicate the education they paid for.

"They want to study here but they feel they need to return to campus," Mr Tanaya told SBS News.

"As time goes on, they have begun considering other options because for many students, online study is not an option or something they can competently undertake for a range of reasons."

The survey canvassed the attitudes of students looking to study in Australia, Canada, New Zealand, the United Kingdom and the United States, finding a five per cent drop in student confidence since the last study in October 2020.

IDP Education chief executive Andrew Barkla said countries needed to give students a reassurance, and outline a roadmap for how and when they would be able to begin on-campus learning.

“Students have shown a real willingness to quarantine and vaccinate and are open to starting their studies online," Mr Barkla said.

"This flexibility and commitment should be repaid with clear and welcoming policies that acknowledge their enormous contribution to the Australian community."

Mr Tanaya urged state governments to follow Victoria's lead, after it submitted a proposal to return international students, actions and other foreign economic migrants to the state under a separate hotel quarantine scheme.

The IDP study said that while students were prepared to quarantine, the majority wanted support in covering the costs.

The funding includes $26.1 million for an extra 5,000 short course places in 2021-22, so education providers can attract more Australian students, and $9.4 million for a fund offering providers grants to grow offshore and online delivery.

While the February data shows international student enrolments are down 12 per cent at universities, they're down 17 per cent at non-university higher education providers and 67 per cent for English language providers, the government says.

“Our international border closures have been our single best defence in keeping Australians safe from COVID-19, but have obviously meant no new international students coming to Australia,” Mr Tudge said in a media release.

“International students will be welcomed back when conditions allow, and these measures will support providers to maintain as much capacity as possible in the meantime.

“Many non-university providers have seen revenue decline very sharply and without some support, they may close or lose serious capacity."