Hundreds of people die every year in India from poisoned alcohol that is made in backstreet distilleries and sells for as little as 10 rupees. 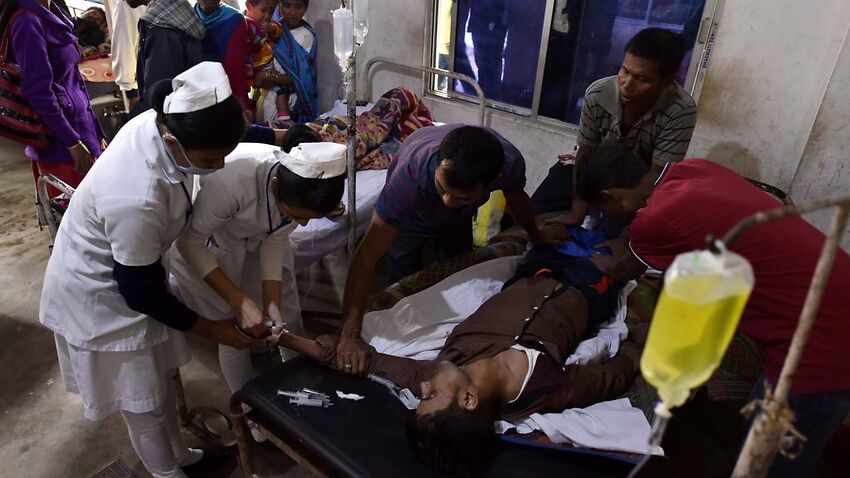 More than 80 people have died in recent days after drinking toxic bootleg alcohol in the Indian state of Punjab.

The people died in three districts of the northern state and police have arrested 25 people, according to the Press Trust of India news agency.

Hundreds of people die every year in India from poisoned alcohol that is made in backstreet distilleries and sells for as little as 10 rupees a litre.

An official told AFP that 11 people had died in Gurdaspur district. Press Trust said Saturday the illicit booze had claimed 12 lives in the neighbouring district of Amritsar and 63 lives in Tarn Taran.

Other deaths were suspected in recent days but could not be proved as the bodies had been cremated without a post-mortem examination.

Punjab state chief minister Amarinder Singh said Friday he had ordered a special inquiry into the deaths and "anyone found guilty will not be spared".

Read More
A quarter of Delhi may have had coronavirus, study finds, casting doubt on India's official numbers

The Indian Express newspaper said one of the suspects had died in Amritsar district after consuming the illegal liquor and that his wife had been arrested for selling the alcohol.

The case came after authorities in the southern state of Andhra Pradesh said on Friday that nine people had died after drinking alcohol-based sanitiser.

The victims drank the sanitiser as a substitute for alcohol, which has been restricted during a coronavirus lockdown in India.