At the beginning of the year, about 100,000 people who had been approved for Australian citizenship were still waiting for their ceremony to make it official. That number has now shrunk to 30,000 following the introduction of online ceremonies during the coronavirus pandemic.

Canadian national Patricia Young has lived in Australia for three decades, but her recent ceremony to become a citizen was over in about three minutes.

She gave the Australian citizenship pledge - a legal requirement to complete the process - to an immigration official via video conference in her living room in Ballarat, Victoria, and officially became a citizen in late October, towards the end of Melbourne’s second COVID-19 lock-down.

“You didn’t feel part of anything really,” the 61-year-old told SBS News. “I thought there was going to be a virtual community, but it was just me and the guy.”

While the COVID-19 slowed down much of the country, the number of people becoming Australian citizens has gathered pace since the government introduced online ceremonies. 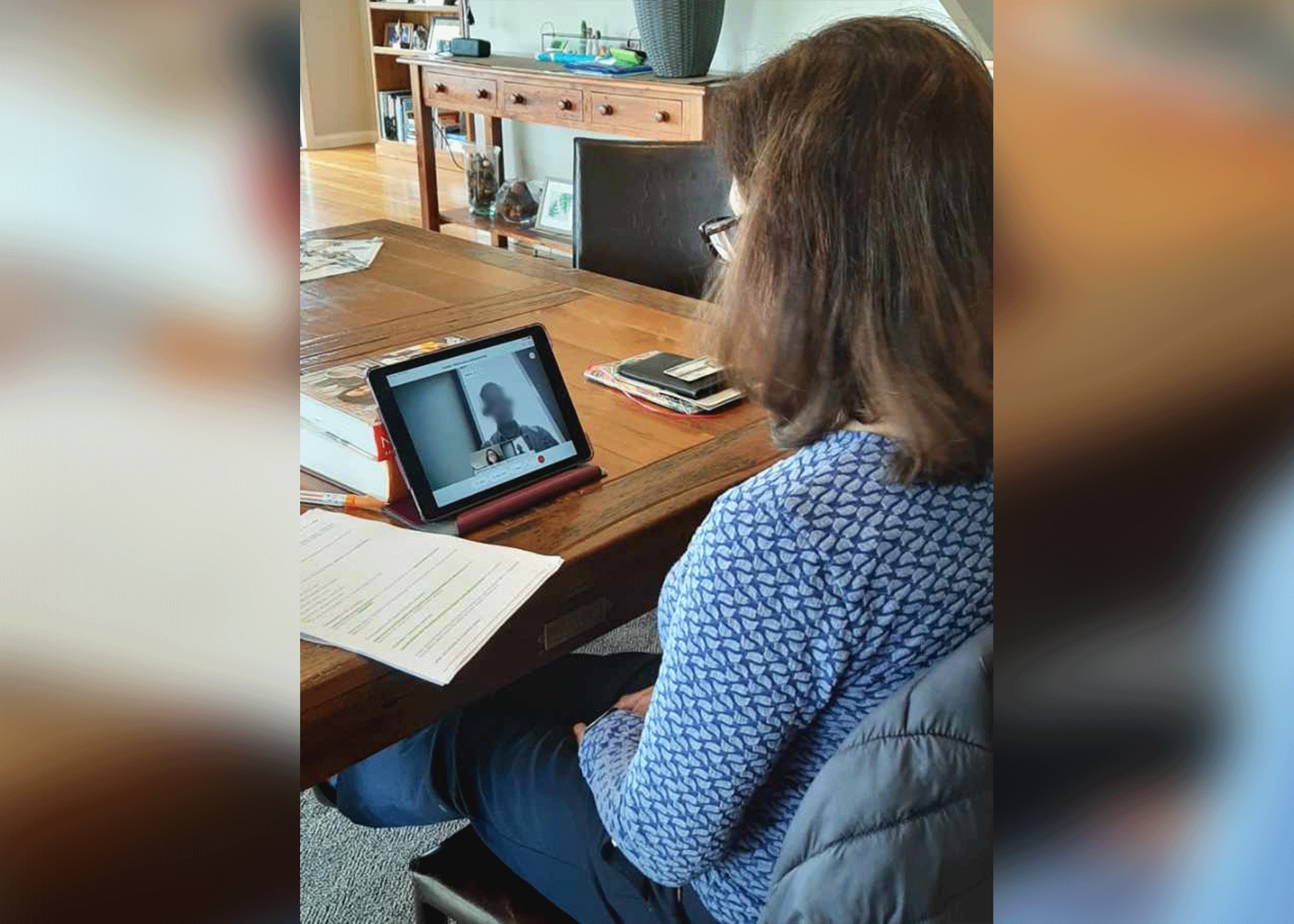 Since the beginning of April, when the first online citizenship ceremony was held, more than 90,000 people have become Australian citizens via video conference, equating to more than 400 people each day.

A further 14,000 have received citizenship at a limited number of in-person ceremonies since they resumed in June.

Australia started the year with a backlog of close to 100,000 people waiting to become citizens after completing their application requirements. That number has now dropped to about 30,000, with nearly all of these people scheduled in for an online ceremony or opting to wait to do it in-person. 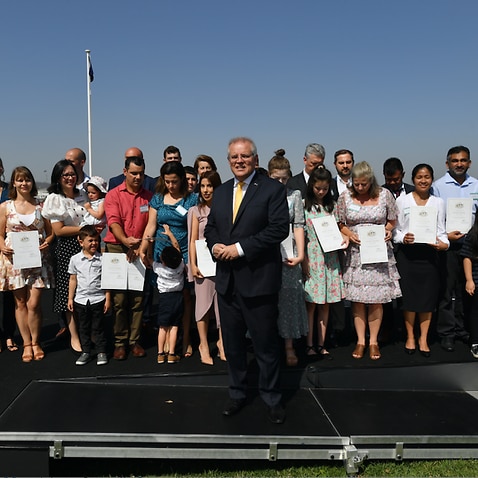 The introduction of online ceremonies in April followed fears from would-be citizens that they could face an indefinite wait for the process to be finalised after ceremonies across the country were cancelled because of social distancing measures brought on by the pandemic.

“I didn’t know if it could be another six months, so I thought, ‘I’ll just get it done now [online], if it’s going to clear the backlog’,” Dr Young said.

'Not quite the same'

As of September, more than 75 per cent of people who became citizens did so within eight months of their application being approved, according to the Department of Home Affairs.

But while online ceremonies have helped the government cut down the waitlist, new citizens say the experience was a tad underwhelming compared to their expectations.

“Even though I had a 20-minute slot, I think the overall conversation was three minutes' long. The main part was when the guy asked me what my address was,” said Sydney resident and British national Richard Farmer, who completed his citizenship ceremony at the end of July. Richard Farmer and his daughter Imogen after they became Australian citizens at home.
Supplied

“Then I read out the pledge, which I want to say takes 15 seconds, and then the guy picked up his small Australian flag and he kind of waved his flag out at me from the living room and then that was over and done with.”

The father-of-two lodged his citizenship application in March 2019, completing his test almost a year later in February. He says he received an email “out of the blue” in July asking if he wanted to do the online ceremony. “I thought, 'bugger it, let’s get it done',” he said. Shortly after, a Google Calendar invite for 31 July arrived in his inbox.

He shared the moment with his parents in the United Kingdom over WhatsApp and took the morning off work to celebrate the occasion with an Australian-themed cake and brunch.

Mr Farmer, 34, became a citizen alongside his young daughter Imogen but his wife, Kirsty, is still waiting to complete her application after her citizenship exam was postponed because of the pandemic.

She has now completed her test but is waiting until she can attend an in-person ceremony. A cake the Farmers celebrated their Australian citizenship with.
Supplied

For those still waiting to take their test, the test changed on Sunday to incorporate more questions on Australian values.

It will “require potential citizens to understand and commit to our values like freedom of speech, mutual respect, equality of opportunity, the importance of democracy and the rule of law,” said Acting Minister for Immigration, Citizenship, Migrant Services and Multicultural Affairs Alan Tudge in September.

A Department of Home Affairs spokesperson said the online ceremonies “had assisted in reducing the number of approved applicants waiting for a ceremony” but plans were in place to return to COVID-safe in-person events. Australia has announced a new citizenship test. Here's how it will work

Citizenship ceremonies are organised by local councils, with new citizens being asked to dress smartly and come together to read the pledge, sing the national anthem, and receive their certificate in front of friends and family. Often, the ceremonies end with refreshments and the citizens are given a small gift.

Online ceremonies will remain available in compelling or compassionate circumstances, the spokesperson said, adding that testing had now resumed in all states and territories other than Victoria, where they will recommence next week.

“It would have been nice to do it as a family,” Mr Farmer said. “I’m glad we’ve done it and got it over and done with, but if I’d been given a date when I could have done it face-to-face, and been able to choose, I probably would have chosen that.”

Dr Young said the “strange” online ceremony has not dampened whether she feels Australian. “I do, I feel quite proud really,” she said.