Prime Minister Scott Morrison has torn into the Victoria for signing a secret infrastructure deal with China without consulting the commonwealth. 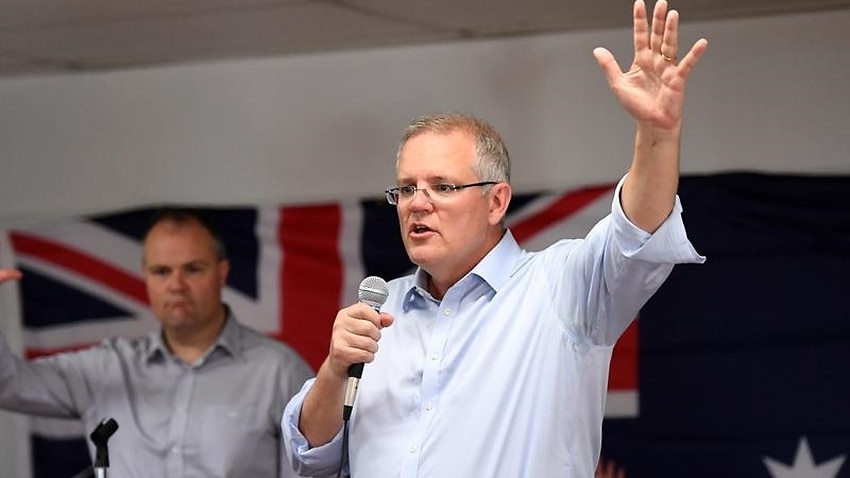 PM Scott Morrison has criticised Victoria for signing a memorandum of understanding with China. (AAP)

Victoria's secret decision to sign up to China's controversial Belt and Road Initiative was made without checking with the federal government.

Prime Minister Scott Morrison has attacked the state for signing a memorandum of understanding with China without checking with Canberra.

"I was surprised that the Victorian government went into that arrangement without any discussions with the Commonwealth government at all," Mr Morrison told reporters in Queensland on Tuesday.

"Or taking what would seem any advice from the Commonwealth government on what is a matter of international relations.

"They're the responsibilities of the Commonwealth government, and I would have hoped that the Victorian government would have taken a more cooperative approach to that process."

Victoria's deal with China is secret. The Belt and Road Initiative has allegedly allowed China to take over infrastructure assets countries can no longer pay for.

But Victorian Premier Daniel Andrews struck back at the prime minister's criticism.

"I think Mr Morrison might need to have a chat ... the latest prime minister should talk to the latest trade minister about their policies," Mr Andrews told reporters.

"If Mr Morrison wants me to apologise for making sure that Victorian businesses get the best opportunities out of Australia's best relationship with China, the Victoria-China partnership, well then I won't be doing that."

Trade Minister Simon Birmingham told The Australian newspaper he had not discussed the Victorian deal, but he supported sustainable projects with clear benefits.

"If Victoria has seen opportunities to do so consistent with those terms, that's something we welcome," he told the newspaper.

"We encourage the states and territories to expand opportunities with China," Senator Payne told the ABC.

Senator Payne will this week become the first foreign minister to visit China in almost three years, signalling a thaw in diplomatic relations with Beijing.

She plans to discuss expanding market access for Australian higher education and health providers, as well as intellectual property protections in China.

At least three Australians have been detained and released from the camps in Xinjiang, which hold up to one million Muslim Uighurs and members of other ethnic minorities.

Labor senator Jenny McAllister is pleased to see the easing in diplomatic tensions but says Beijing's ban highlighted the need for Australia to maintain discipline and consistency in its dealings with China.