Orlando's community is in mourning after three tragic events, with the US president joining them to honour the victims of the nightclub shooting.

A Florida community numb from three tragedies has paused to remember victims of the gay dance club massacre, with mourners gathering for one of the first funerals and the president and vice president laying wreaths to honour the dead.

A flag flew at half-mast on Thursday at a cemetery in the nearby city of Kissimmee and a black hearse carried the body of Kimberly "KJ" Morris.

She worked as a bouncer at Pulse, where 49 people were killed after Omar Mateen began shooting into the crowd early on Sunday.

Jessica Frazier, 29, of Orlando was among the mourners at Morris' funeral, held as other shooting victims were being cremated. 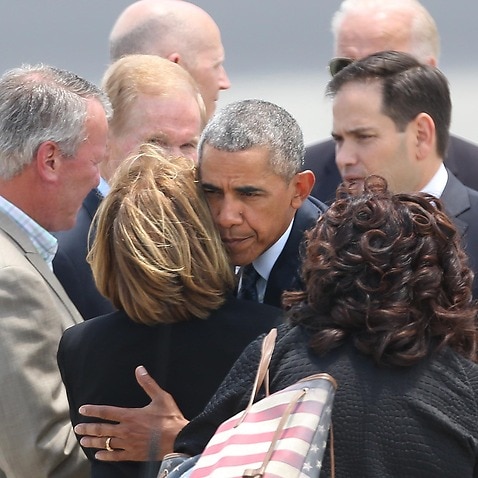 "She was always very positive, no matter what was going on," Frazier said.

Closer to the scene of the tragedy, President Barack Obama and Vice President Joe Biden knelt to place white flowers at a memorial to the victims. They also met privately with survivors and victims' families, the club owner and staff.

With temperatures in the 30Cs, hundreds of people congregated outside the arena where Obama met the victims' relatives, hoping to catch a glimpse of the presidential motorcade.

Breasia Johnson, a friend of 21-year-old shooting victim Cory Connell, was in the crowd.

The nightclub slaughter was the bloodiest event amid days of horror in Orlando.

A two-year-old Nebraska boy was attacked by an alligator and killed at Walt Disney World on Tuesday, and 22-year-old Christina Grimmie, a one-time contestant on NBC's The Voice, was shot dead days earlier while signing autographs after a show by a man who then killed himself.

In a chilling description of the scene at Pulse after the shooting, medical examiner Dr Joshua Stephany said the nightclub seemed like a place where time stood still. 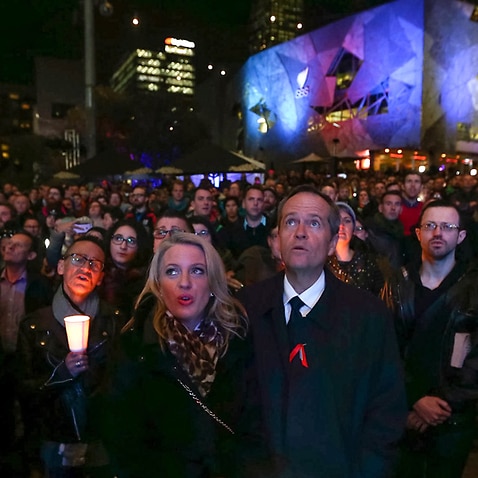 None of the victims seemed to have moved after they fell, indicating they didn't suffer, he said.

The rampage began at 2am and ended three hours later with Mateen, an American-born Muslim described as a club regular by other patrons, being killed by a police SWAT team.