Australian artist Scott Marsh said he is used to having his provocative street artworks destroyed.

Australian artist Scott Marsh says he was disappointed to hear his mural of convicted child sex offender and former archbishop George Pell had been painted over - but he wasn't surprised.

"Given the history of some of my other works with religious themes it lasted longer than I thought it might, to be honest," he told SBS News.

The striking mural, which was located about 50 metres from St Mary's Cathedral where Pell formerly conducted mass, shows the former Vatican treasurer in a prison tracksuit, handcuffs and a cardinal's cap, praying in front of a Satanic-looking figure.

Marsh, who's distinctive brand of political protest art can be spotted all over Sydney, described the mural as "holding a mirror up to the hypocrisy of the church".

"This is a global institution that for half a century at a minimum was molesting children and covering it up on an industrial scale," he said. 'The Happy Ending' mural sprung up in 207 during the same-sex marriage debate.
Scott Marsh/Facebook

The Catholic Church, and specifically Pell, is not a new subject for the artist who has painted at least two other large scale murals featuring the disgraced former cardinal in Sydney.

During the same-sex marriage debate, a painting featuring Pell and former Australian Prime Minister Tony Abbott in a wedding dress in an intimate position alongside the phrase "the happy ending" popped up behind the Botany View Hotel in Sydney's inner west. It was later removed. 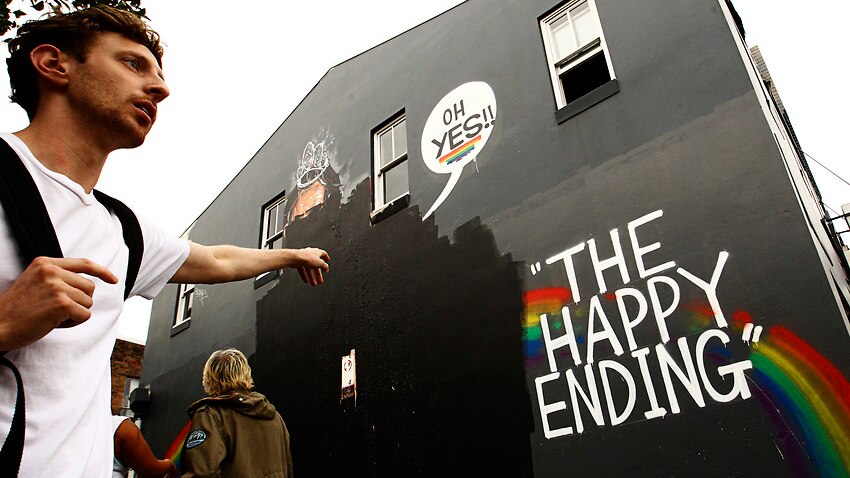 The second - which is still standing in Redfern - features Pell replicating the infamous Cricket ball-tampering incident of 2018.

In March this year, Pell was sentenced to six years in jail for sexually abusing two Choirboys while he was the Catholic archbishop of Melbourne in the 1990s. 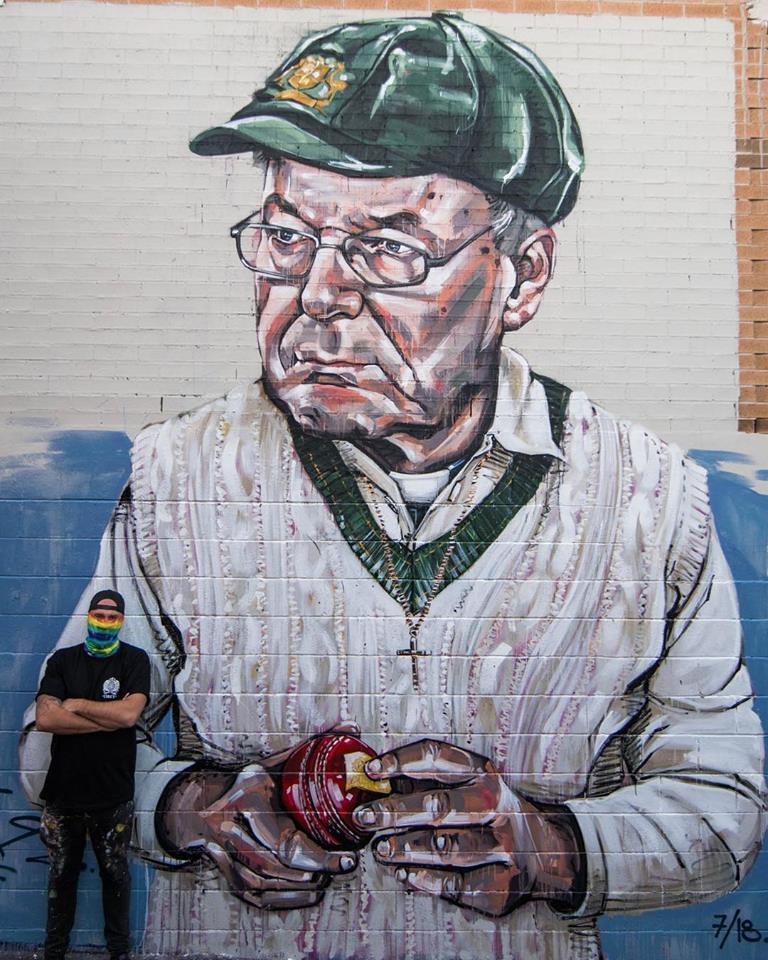 He has repeatedly denied the allegations and is in the process of appealing his conviction.

According to Seven News, the mural was removed at some point this week from the Domain Wilson's Car Park in response to "complaints".

“We’re not seeking to make any kind of statement, religious or otherwise, but have simply acted upon complaints from members of the public who find the painting offensive," a Wilson Parking spokesman reportedly told Seven News in a statement. 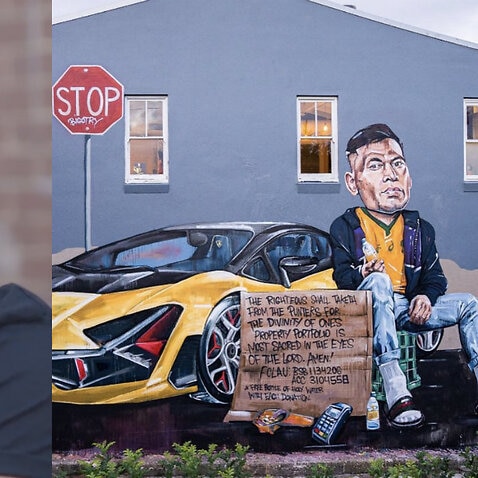 He gave us Abbott the bride and Pell the stripper, now Folau the beggar

"The painting was done on private property without permission, and in close proximity to a nearby primary school ... Because of this, and because some find the content offensive, a decision was taken to remove it."