He was a larger-than-life figure and now SBS football icon Les Murray has been immortalised at his former school, Illawarra Sports High.

A mural honouring the late SBS football commentator Les Murray was unveiled at a special ceremony on Tuesday.

Local artist Anthony Jones completed the project and said his family was pleased with the mural.

Murray, dubbed 'Mr Football', died after a long period of illness in 2017.

"For people that were so close to him, for them to say that means a lot."

Murray's daughters Tania and Natalie were both at the unveiling ceremony and said they were amazed by the mural.

"I was just blown away by the artwork, it's so beautiful, I love bright colours and it looks so much like him," Natalie said.

"I think he would be quite humoured, his head is so big and looking over the schoolyard every day." 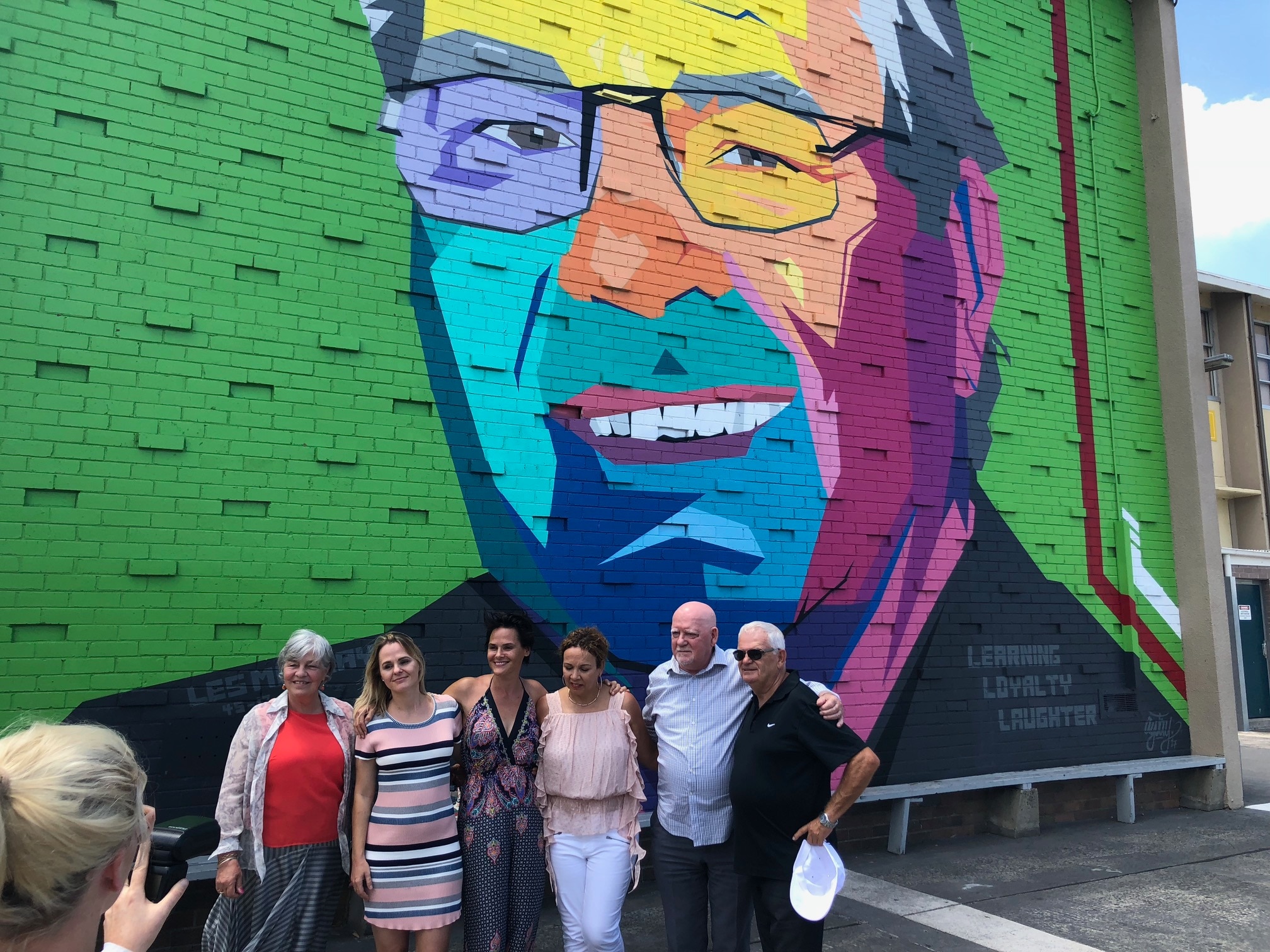 He honed his football skills at the school along with his brother Andrew Urge.

"We were at the yard all the time practicing our football skills," Mr Urge said.

"Kicking the balls against the walls here and I'm pretty sure this is one of the walls."

Almost 60 years later, his image is now immortalised on the same walls he kicked a football at. 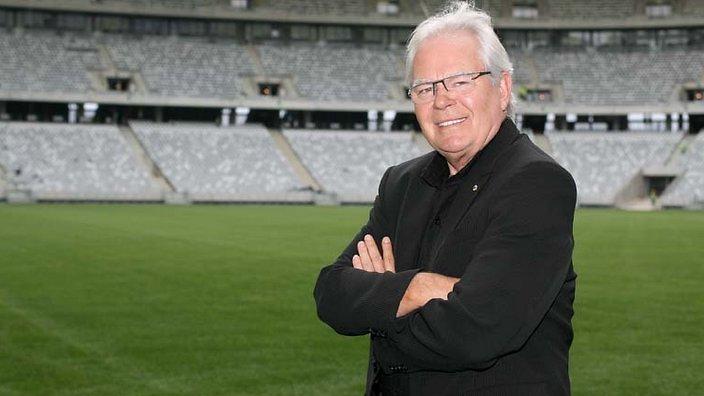 Les Murray began his career at SBS in 1980 as a Hungarian subtitle writer.

But his passion for football rapidly brought him into the sports team. By 1986, he was hosting the network's World Cup coverage.

As an SBS football commentator and presenter, he covered eight World Cups, before retiring in 2014. That same year he was also inducted into the FFA Football Hall of Fame.

It's hoped his image at Illawarra Sports High will help to inspire future generations.