A Museum of Brisbane exhibit will showcase the city's diversity through the eyes and lives of 100 of its residents.

One hundred people have been chosen as exhibits for a Museum of Brisbane project representing the Queensland capital’s diversity.

For the three-year project, called 100% Brisbane, their views on issues like asylum seekers, marriage equality and Aboriginal and Torres Strait constitutional recognition have also been revealed.

Using Australian Bureau of Statistics (ABS) figures, the 100 each represent a one per cent slice of Brisbane.

“It's all around the question of, 'Who are we?’” Museum of Brisbane director, Peter Denham said.

“We're a very diverse, much more than we care to think.” 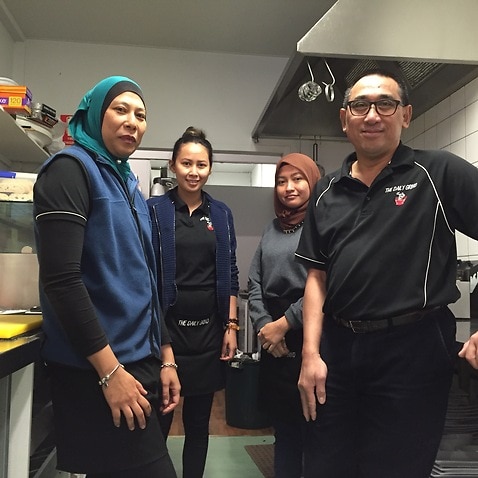 One hundred faces stare out from a museum wall of full of photos, with the people in their everyday clothes.

Maya Peresbhatt is an Indian international masters student in marketing and communications and has lived Brisbane for the past two years.

“It's beautiful to consider everyone from different parts of the world and say they form Brisbane,” she said of her participation in the project.

“I’m an international student and my views and opinions and beliefs are taken into consideration, and that’s what’s important.”

From the recent times to the precolonial history, members of the Quandamooka people have been the region’s traditional owners.

“I think it's crucial to have recognition in terms of the history of our country,” said Quandamooka woman Nicole Watego-Gilsenan, who is one of the 100, as is her mother.

“To have a continuing conversation about the history of our country with all people, but with a recognition and an acknowledgement of First Australians.”

100% Brisbane is an adaption of the Berlin-based theatre company Rimini Protokoll’s stage production, 100% City, that has been performed in 22 countries. During the theatre production the 100 tell their stories on stage.

This is the first time it has been presented in a museum format and the 100 were surveyed on their attitude to key social issues instead.

The results are displayed in video and interactive graphics throughout the exhibition and visitors can compare their own survey results with the 100.

People were selected for the project based on ABS figures like age, place of birth and residence and other demographics.

“What we wanted to do is look at what is really a contemporary look at this community,” Mr Denham said.

He said it was not a scientific process, but more of an indicative social survey.

Revealed in the exhibit are headline figures that include: 86 of the 100 believe in climate change, 77 back marriage equality, 71 think asylum seekers are legal and 95 want constitutional recognition of Aboriginal and Torres Strait islander people.

More subjective survey questions included, ‘Do you know your neighbours?’

Among the 100 are two old friends from across what is often framed as a religious divide.

“We work together in the Forum for Christians, Jews and Muslims, and I obviously represent the Muslim community and Ari [Heber] the Jewish community,” fifth generation Australia, Sultan Deen said.

The survey also asked if people believed they would be affected by war in their lives. Seventy-two said "yes".

“If you don't know where you come from, you can't value what you have, until you are like me, if you know how hard life can be, so you value where you are,” said former Burundian refugee Samuel Kimanuka, who has lived in Brisbane since 2005. 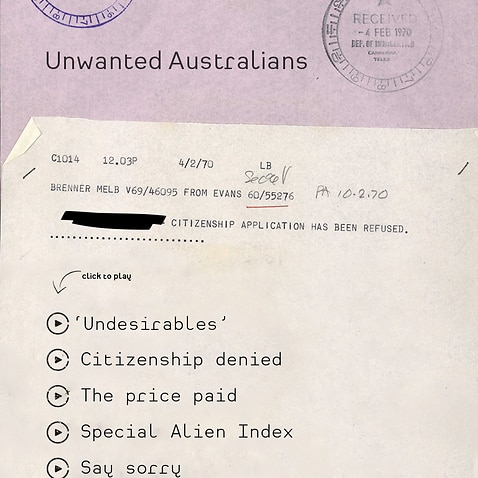 Growing calls for recognition of migrants discriminated against by Australian governments