Muslims in Australia and around the world have marked the start of Ramadan. It's a time marked by intense prayer, dawn-to-dusk fasting and nightly feasts.

Some 1.5 billion Muslims in more than 50 countries observe the sacred month.

In the capital of the world's most populous Muslim nation, Indonesia, Ramadan was ushered in with evening prayers at Jakarta's Istiqlal Mosque.

"Ramadan is the time for us to cleanse our sin, so we should worship God to get his forgiveness," Muslim Hajaroh Sida said.

"Hopefully, after this month and when we usher in the Eid Al-Fitr festival, we will become a holy person."

Ramadan is often a time when the day-long fast ends with a large meal, often pushing up food spending for Muslim households. 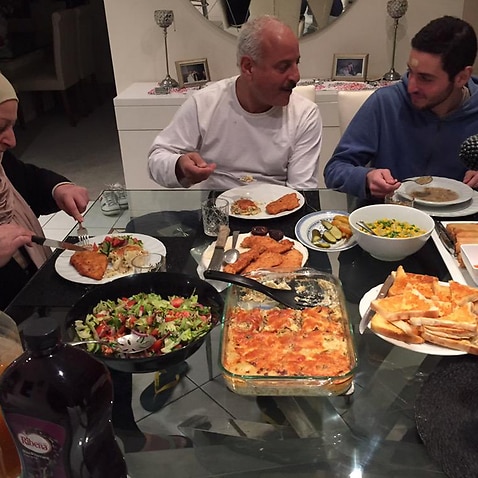 But in Syria, the lengthy and deadly civil conflict is making it challenging for many to partake in the holy month.

A slow move up by the Syrian Pound against the U-S dollar this week hasn't been enough to effect spending power, and it's left many locals focusing on the absolute essentials.

"To sum up, psychologically, people are not happy. Secondly, the economic situation does not allow people to buy sweets and other things that they celebrate with. The atmosphere in general has become different from past Ramadans," said Syrian citizen Any Anas.

On the eve of Ramadan in other parts of the Middle East, preparations were underway in Jerusalem, the West Bank and Gaza.

"Ramadan's atmosphere is very nice in Gaza, but is always affected by the Israeli blockade, the closing of the crossings and the displaced families," said Gaza resident Mohamad Asido.

The timing of Ramadan varies in different Muslim countries depending on the sighting of the new moon.

The 30-day fasting period ends with the Eid al-Fitr festival.

Site of deadly train derailment in Victoria was 'awaiting maintenance'

What languages will Australians speak in the future?