With Australia having placed strict restrictions on funerals during the coronavirus pandemic, grieving families of faith have been navigating a world without their age-old mourning rituals. 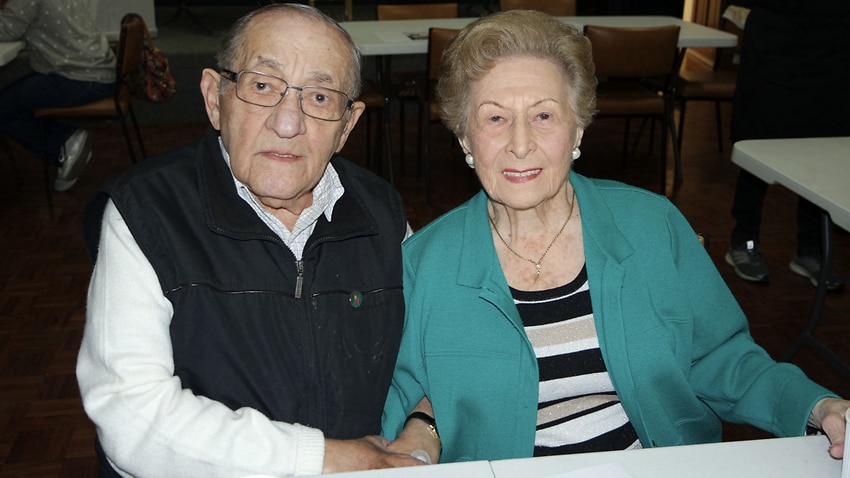 When Moshe died aged 97 last May, the whole community rallied around his family as they farewelled him following age-old Jewish mourning traditions.

But when his wife Franciska died aged 99 last month, after a 10-year battle with dementia, those traditions were banned due to the coronavirus pandemic, with only 20 people allowed to attend her funeral.

“Everyone was spaced out in a large room, and the only people I could physically touch were my sister and brother-in-law,” her daughter Lena Fiszman told SBS News.

“It was very strange at a time where you want people to be in touch with you, to literally touch you, it was a very disassociating experience.”

In Jewish culture, a week-long mourning period called Shiva normally follows a burial, where the deceased’s immediate family sit in their home so mourners can visit to offer their condolences and pray with them.

Instead, Lena, 64, went home on her own, where she has been unable to have visitors for four weeks.

Farewelling my mother during the coronavirus crisis

“Especially with Holocaust survivors, you just want to be able to honour them properly,” she said.

"Normally, everyone would be enclosing you in a communal hug, so to speak, which is no longer possible."

A maximum of 10 people has since been mandated for funerals by the Australian federal government.

Lena, left, hasn't been able to have visitors while she grieves for her mother. Source: Supplied

Born in the Polish city of Krakow in 1920, Franciska Fiszman was detained in multiple concentration camps throughout World War II.

She was one of the only members of her family to see the end of the war. Her first husband, her parents and her brothers were all killed.

While she was yet to meet him, her future husband Moshe was experiencing the same violent reality.

Moshe and Franciska Fiszman met in a camp in Italy. Source: Supplied

“It was a miracle they survived. Both of them went through the Auschwitz concentration camp, but luckily towards the end of the war,” Lena said.

“During the war, they lost multiple members of their family and saw horrors that most people would not believe.”

When they were liberated in May 1945, Franciska and Moshe found themselves in the same displaced persons camp in Santa Maria de Leuca, Italy.

“They married and lived for three years in Italy, where they learned to live again and look forward to a new life,” Lena said.

“In 1949, they were able to obtain sponsorship from a distant relative, and travelled by boat to Melbourne.”

Moshe and Franciska settled in Melbourne and had two daughters. Source: Supplied

In Melbourne, they built their lives from the ground up. Moshe found work in the rag trade while dressmaker Franciska, once forced to sew dresses for the wives of SS soldiers, sewed in his factory while making clothes for their two daughters.

Later in life, Moshe would speak regularly at the Melbourne’s Holocaust Museum and was posthumously awarded a Medal of the Order of Australia for his work.

But behind the scenes, Lena said it was Franciska who “kept the home fires burning”.

“She was the quiet strength behind the throne. She wasn’t an outgoing person but was a real lady who always dressed immaculately and took pride in her family,” she said.

“When things calm down, I’m hoping to do some sort of memorial service for both my parents, allowing the people that knew my mother and my father to acknowledge it - to mourn together.”

Now he is trying to guide other Jewish families through their grief while observing the rules of social distancing.

“Shiva literally means seven and is the week-long period of mourning for a relative that has passed,” he said.

“Part of the Shiva process is daily prayers three times a day where people gather in the house of the deceased person to pray for their soul. Traditionally, you would say the Kaddish, a memorial prayer, but that requires a quorum of at least 10 men, so you can’t do that now.”

Rabbi Gabi said the pandemic had left Jewish mourners in uncharted territory, suddenly unable to practise the traditions that have been handed down from biblical times.

But the community is finding new ways to mourn together despite the physical distance.

“Usually, people might go visit the Shiva mourning house once throughout that seven day period, but now we’re seeing people call each other three or four times a week to check in on them because they couldn’t have that physical connection," Rabbi Gabi said.

“I’ve told families going through this process that, right now, it’s a mitzvah - a commandment in the Torah - that God does not want you to grieve in the traditional Jewish process, right now he wants us to grieve in this new way.”