Myanmar's leader, Aung San Suu Kyi, will be a candidate in this November's general election, a spokesman for her National League for Democracy party said.

NLD spokesman Zaw Myint Maung announced after a meeting of the party's Central Executive Committee that Suu Kyi and President Win Myint will run in the 8 November polls.

Ms Suu Kyi was barred from becoming president by a clause in the constitution that was enacted under a previous military government.

The post of state counsellor was created by her party as a workaround, giving her executive powers. She also holds the position of foreign minister. Ms Suu Kyi led her party to a landslide victory in the last general election in 2015. The victory ended more than five decades of military rule and was the culmination of over 25 years of non-violent democracy activism by Ms Suu Kyi that won her the Nobel Peace Prize.

However, her failure while in power to end military abuses of the Muslim Rohingya minority in the western state of Rakhine drew condemnation from many of her former admirers worldwide.

An estimated 740,000 Rohingya fled to neighbouring Bangladesh, and the World Court in the Netherlands has accepted a case of genocide filed against Myanmar. 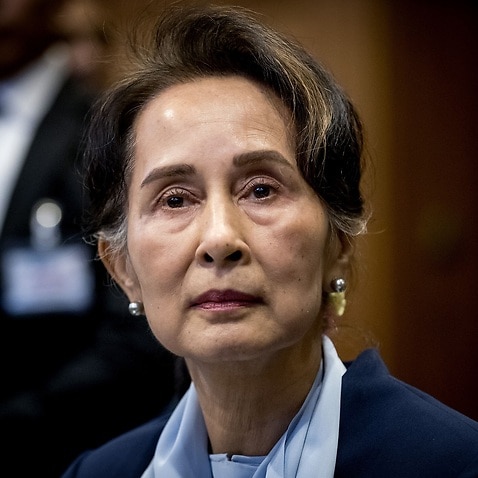 From peace prizes to ‘defending genocide’: The rise and fall of Aung San Suu Kyi

Ms Suu Kyi nonetheless remains by far the country's most popular politician. Prejudice against the Rohingya is pervasive in Myanmar.

The continuing influence of the military under the constitution has limited her government's ability to enact major reforms.

The constitution gives the armed forces one-quarter of the seats in the lower and upper houses of the national parliament, enabling them to veto any changes to the charter.

Tactical alliances that Ms Suu Kyi's party forged for the 2015 election are unlikely to hold for this year's polls. The failure of her government to reach a workable plan to give ethnic minority groups the autonomy they have long sought has estranged them politically, and they seem likely to seek to boost their own parties rather than ally with Ms Suu Kyi's.

The election commission announced that more than 37 million people are eligible to vote and 97 parties will contest the polls. A total of 1171 seats are at stake at the national, state and regional levels.