Myanmar's Aung San Suu Kyi faces what could be the toughest test of her leadership yet when she opens a major ethnic peace conference Wednesday aimed at ending wars that have blighted the country since its independence.

The five-day talks will bring hundreds of ethnic minority rebel leaders to the capital, along with military top brass and international delegates such as UN Secretary-General Ban Ki-Moon.

The conference is Suu Kyi's flagship effort to quell the long-running rebellions rumbling across Myanmar's impoverished frontier states, fuelled in part by the illegal drugs, jade and timber trades.

Myanmar is home to more than 100 ethnic groups and many minorities harbour deep seated historical suspicions of the Bamar majority group -- which includes Suu Kyi -- complaining that they have endured decades of discrimination. 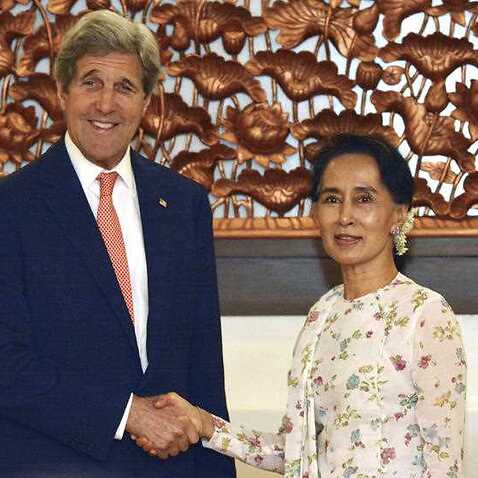 Suu Kyi,a Nobel Peace Prize winner, has made ending the nearly 70 years of fighting the first priority of her newly minted government, which took over from the military in March after sweeping the first free election in generations.

"If you ask me what my most important aim is for my country, that is to achieve peace and unity among the different peoples of our union," she said during a recent visit to China.

"Without peace, there can be no sustained development."

The 71-year-old is hoping to expand a shaky ceasefire signed last year between some rebel armies and the military-backed government.

This week's conference will include both signatories to the ceasefire agreement and non-signatories, although some groups are still locked in intense fighting with government forces and their role in the talks remains unclear. 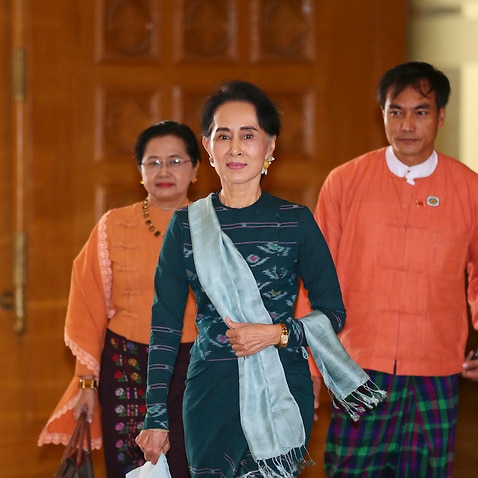 Success also depends heavily on the military, which controls key levers of government and whose leaders are thought to have made billions from the vast natural resources of Myanmar's borderlands.

"Anyone who is suggesting there could be any sort of agreement in the coming days or weeks is dreaming," said Anthony Davis, a security analyst and writer for IHS-Jane's, predicting the negotiations could take "many years".

The conference has nevertheless been hailed as an important first step and one loaded with symbolism in a nation emerging from a dark military past.

It is dubbed the '21st Century Panglong' -- a reference to a 1947 agreement signed by Suu Kyi's independence hero father that granted a level of autonomy to major ethnic groups.

The deal collapsed after Aung San was assassinated months later, precipitating half a century of brutal junta rule.

Suu Kyi has followed in her father's footsteps with similar pledges to form a federalist state -- though she has never spelt out the details.

A spokesman for the UNFC, one of the rebel coalitions attending the talks whose 11 ethnic groups include both ceasefire signatories and non-signatories, said the conference would be "like a grand opening ceremony".

Ethnic groups will be allowed to give brief speeches, but there will be no time for follow-up debates and plans are already in the works to hold more talks every six months.

One rebel leader, who asked not to be named, put it more frankly.

"We will not get a solution from this conference because there will be no discussion or debate," he told AFP, adding that it will however be a rare chance to "talk openly" with the government.

Myanmar's Muslim minority Rohingya population, who are subject to state-sponsored discrimination, have never taken up arms against the state and therefore are not included in Suu Kyi's peace process.

The country's diverse patchwork of ethnic groups make up a third of the population, but the government and military have long been dominated by members of the majority Bamar ethnicity.

Yet distrust of the military runs deep in rebel regions where there have been many documented cases of torture, rape and forced labour by state troops.

Hundreds of thousands have fled to Thailand and China, while those that remain live in communities devastated by drugs, forbidden from teaching in their own language and stigmatised for not being Buddhist.

Experts say the military's limited ceasefire pact has also driven a wedge between groups that signed and those that did not.

Richard Dolan, an independent researcher who works with the Karen people, warned minorities outside the peace process could start to see the NLD and military as forming a "united Burman front", using another term for the Bamar.

"If it is not careful in how it proceeds, the NLD risks fuelling suspicion that it is a Burman-Buddhist party which does not understand the sufferings of non-Burman people," he said.