The National Unity Government - formed by ousted politicians mostly from Aung San Suu Kyi's party - is calling on Southeast Asian leaders to invite it to next week's crisis talks, and not recognise Myanmar's military junta.

Myanmar's shadow government on Sunday urged Southeast Asian leaders to give it a seat at the table during crisis talks next week, and not to recognise the military regime that seized power in a February coup.

The army has moved to quell mass protests against its rule, killing at least 730 people according to a local monitoring group. 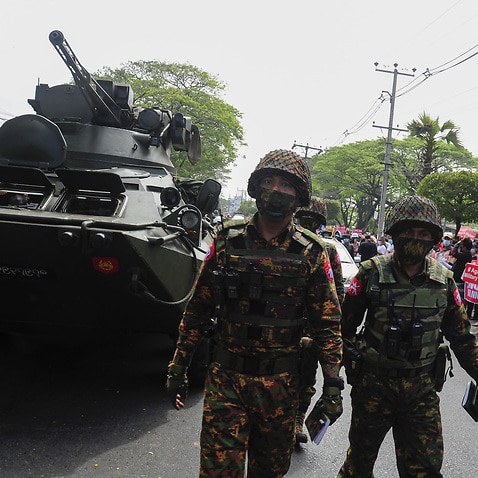 Min Aung Hlaing's invitation to the meeting of the 10-country Association of Southeast Asian Nations has drawn scorn from activists who have urged foreign leaders not to formally recognise the junta.

Moe Zaw Oo, deputy minister of foreign affairs for the parallel "national unity government" - formed Friday by ousted politicians mostly from Ms Suu Kyi's party, as well as those from ethnic-minorities - said ASEAN had not reached out to them.

"If ASEAN wants to help solve the Myanmar situation, they are not going to achieve anything without consulting and negotiating with the NUG, which is supported by the people and has full legitimacy," he told Voice of America's Burmese service.

"It's important that this military council is not recognised. This needs to be handled carefully." Anti-coup protesters hold leaf branches and signs to welcome the NUG, or national unity government as they march in Yangon, Myanmar
AP

He was arrested at his home in Yangon on Sunday evening, his assistant said in a message.

In February, he was beaten up and briefly detained during a crackdown on protesters but was later released.

The number of reporters arrested so far has totalled more than 65 and at least 34 remain in custody, according to monitoring group Reporting ASEAN.

Authorities announced Sunday night on state-run television 20 more celebrities and 20 more doctors would be added to their arrest warrant list of 420 prominent people. 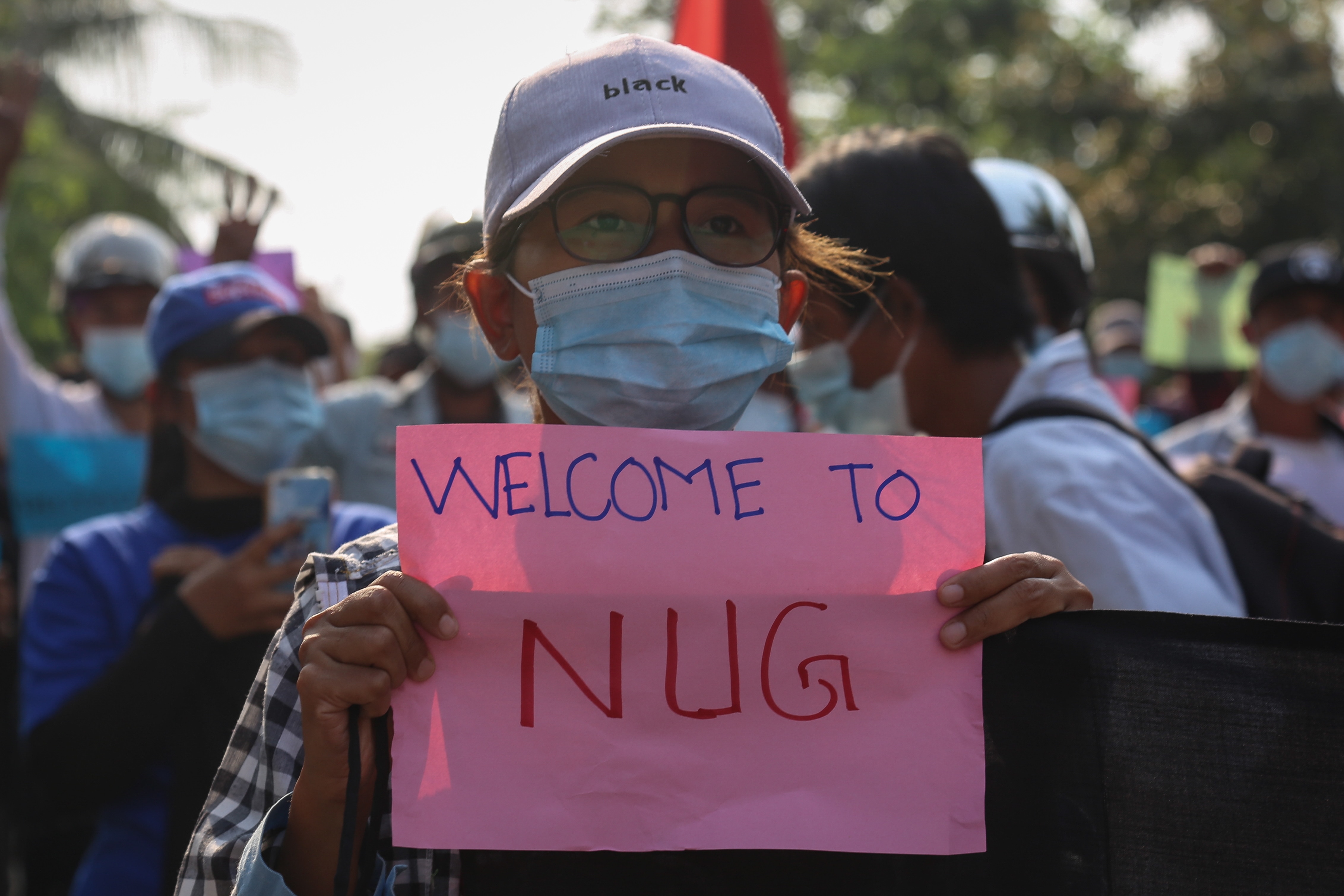 A demonstrator holds a banner that shows support for the National Unity Government (NUG), formed by leaders of the anti-coup protest and ethnic minority leaders
EPA

Earlier unrest continued across the country on Sunday, with protesters rallying in Mandalay, Meiktila, Magway and Myingyan, showing support for the national unity government.

At Palaw in the country's south, demonstrators brandished banners that read: "Military dictators should not be allowed to rule. The dictatorship will be uprooted. Support the national unity government."

The previous night, there were violent clashes in the central gem-producing city of Mogok when security forces cracked down on protesters.

According to an AFP-verified video filmed by a resident, soldiers crouched on a street as their commanding officer shouted that he wanted "deaths". 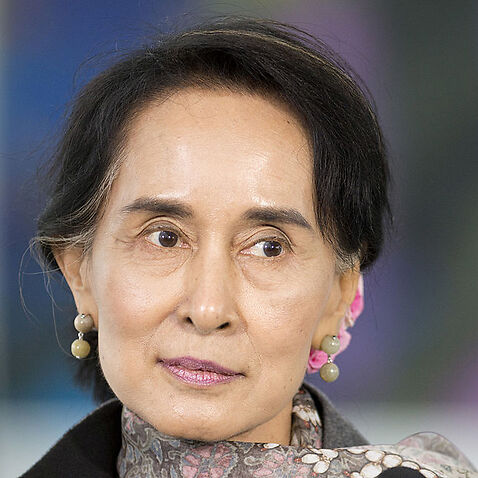 Much of Myanmar remains under a curfew imposed shortly after the coup, running from 8 pm to 4 am every night.

Late Saturday, a young man was shot and killed in Kyaukme town in northern Shan state while riding his motorbike during the curfew.

"He was shot by the authorities when he and other his friends drove motorbikes around 9 pm. He was shot in the head," a rescue worker told AFP, adding that his funeral would take place Sunday.