France says Australia made a 'huge mistake' in canceling a 2016 submarine deal with France. 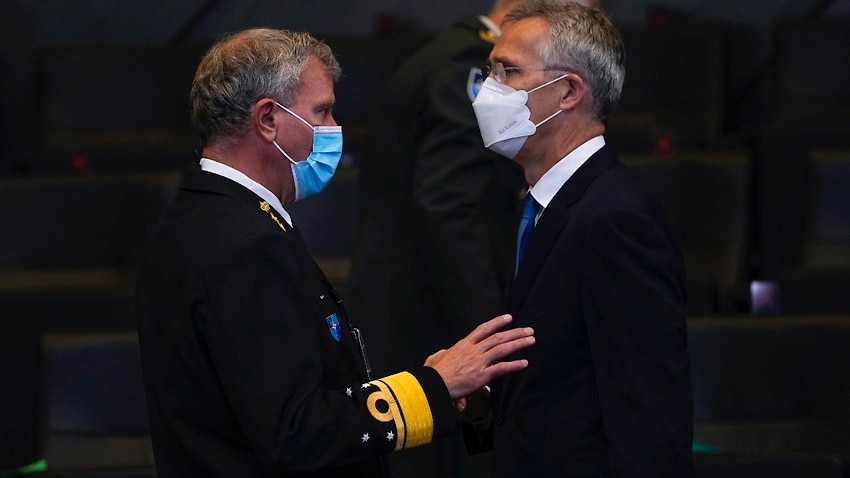 NATO played down the danger for the alliance of a dispute between France and the US and Australia over a submarine contract, saying it was not likely to have an impact on "military cooperation" within the group.

Paris on Thursday accused Australia of back stabbing and Washington of Donald Trump-era behaviour after Canberra scrapped a huge submarines deal with Paris for nuclear subs.

France's Naval Group, partly owned by the state, had been chosen to build 12 conventionally-powered submarines for Australia, based on France's Barracuda nuclear-powered subs in development.

"There might be implications or consequences as a result of this agreement but I don't foresee for the moment it will have an impact on the cohesion within NATO," Admiral Rob Bauer, chair of the NATO Military Committee, told reporters in Athens.

"First of all, as far as I know, Australia is a partner but it's not part of the NATO organisation. There are many agreements among nations that might have an affect on NATO on the political side.

"But for now it will not have an affect as far as I can see on the military cooperation within NATO," Bauer added following a NATO military chiefs of defence conference.

The pact, widely seen as aimed at countering the rise of China, infuriated France, which lost its contract to supply conventional submarines to Australia that was worth Aus$50 billion ($36.5 billion, 31 billion euros) when signed in 2016.

As a result, French President Emmanuel Macron recalled its ambassadors to the United Sates and Australia on Friday.

A White House official expressed "regret" over the French envoy's recall but added "we will continue to be engaged in the coming days to resolve our differences, as we have done at other points over the course of our long alliance".