The federal government has accepted changes must be made for "frustrated" participants of the National Disability Insurance Scheme. 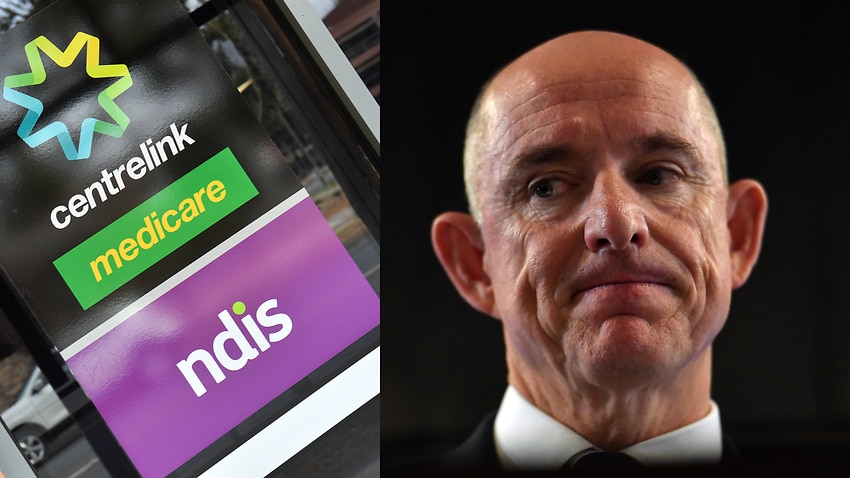 NDIS Minister Stuart Robert said the government would respond in coming weeks to the report, but is already taking steps to confront these concerns. Source: AAP

The NDIS is resulting in "frustration" and sometimes even "anger" for some of Australia’s most vulnerable people who are reliant on its services.

That’s according to the findings of an independent review into the legislation underpinning the program, calling for changes to “remove red tape”, cut wait times and make plans more flexible.

The review found participants feel the scheme can be complex, difficult to understand and the rules behind it “unnecessarily rigid."

NDIS Minister Stuart Robert says the federal government will the report to "clarify" and "update" its underpinning legislation. Source: AAP

Following the May election, the federal government sought out a review of the scheme and the National Disability Insurance Agency tasked with overseeing it.

“People with disability have reported frustrations about the administration of the NDIS by the NDIA,” the report read.

“Transparency, consistency and timeliness in decision-making are critical issues and people with disability have reported poor experiences when working with NDIA staff.”

The NDIS costs around $22 billion to run annually and long wait times and bureaucracy have been a constant complaint from its participants.

NDIS Minister Stuart Robert said the government would respond in the coming weeks but is already taking steps to confront these concerns.

‘This report…made 29 recommendations into how to improve NDIS processes and cut wait times and red tape for participants,’ he said.

“We’ll use these findings to update and clarify the legislation and remove barriers to a better NDIS.”

A service guarantee will come into effect from 1 July which means there will be shorter agreed time frames for decisions on whether people are covered, receive a plan or can have a plan reviewed.

The NDIS commenced in 2013 and was designed to provide a world-first approach to disability support -transitioning services away from state and territory systems.

The report conducted by former finance department secretary David Tune says that “the nature and speed" of this transition was "highly ambitious,” but its implementation “has not been smooth.”

“There is still a long way to go before the NDIS is a mature system,” the report found.

Mr Tune recommended the government "remove barriers in the law that make it difficult" for the National Disability Insurance Agency to effectively support people with disability.

"While there is support for the NDIS across all levels of government and the community, responses to the review often expressed frustration, dissatisfaction and sometimes anger about the way the NDIS has been implemented," the Department of Social Services stated in a summary of the assessment.

It noted that while NDIS service delivery works well for adults with physical disability, the provision of services to people with “psychosocial disability” or “developmental delay” has proven challenging.

The report's 29 recommendations include calling for clearer expectations to be set out for how long processes will take to complete, more transparency in decisions, more funding and plan flexibility and reduced complexity.

Labor NDIS spokesperson Bill Shorten has been critical of the federal government's handling of the scheme. Source: AAP

Labor’s NDIS spokesperson Bill Shorten used the review to once again attack the federal government's handling of the scheme.

"We didn’t need yet another review to tell us this government’s neglect of the NDIS is hurting people with disability," he said.

Read More
Migrants and refugees with a disability are struggling to access the NDIS, inquiry told

The Morrison government has promised a number of changes to the NDIS, including goals to put in place longer plans for participants and their families, increased and more transparent pricing for providers and a new NDIS employment strategy.

“It is reasonable to expect that there will always be some gap between participants’ expectations of the NDIA and the reality of what the NDIA will be able to provide,” the report reads.

“The NDIA should aim to reduce this gap as much as possible.”