New 4D imaging technology developed by a Melbourne engineer could transform the way respiratory illness is diagnosed and treated.

Advancing beyond an x-ray image, new Australian software captures a 4D animation of the lung in motion.

Engineer Andreas Fouras, has created a way to identify areas of disease using an interactive map of the lung, which shows the way in which air flows through.

"This has the capacity to provide information that's just simply not available at the moment," Mr Fouras told SBS.

"You can see if there's a trouble spot, if there's something happening and you can see that earlier and with much finer detail."

Currently, this level of information can only be gathered through a static CT scan image, which exposes a patient to high levels of radiation.

Mr Fouras said his full-body size 4Dx device, similar in appearance to an airport security scanner, has at around 10 times less radiation than conventional CT scans.

Director of Respiratory and Sleep Medicine at the Royal Melbourne Hospital, Associate Professor Louis Irving, is excited about what the software could mean for patients.

This is because respiratory conditions - ranging from asthma and flu to pneumonia and lung cancer - are among the most common presentations to GPs, and can be hard to diagnose.

"At the moment we can measure global - the total lung function. But we can't measure, accurately, regional changes," said Associate Professor Irving.

"It can be used to assess the effect of localised changes, the response to treatment, it can give prognostic information." 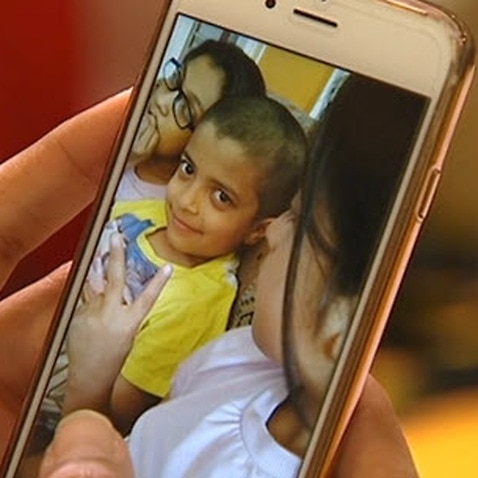 Mr Fouras has relocated to the United States to realise his invention into the marketplace.

"If it succeeds in the United States, the technology will be taken up globally, and that will lead to the best outcomes for the most number of patients," he said.

"You can see if there's a trouble spot, if there's something happening and you can see that earlier and with much finer detail."

Professor Ian Smith is Vice-Provost of Research at Monash University, where Mr Fouras created his software.

He views the invention as an opportunity to push Australian innovation.

"It's cross-disciplinary. It's taking engineering, it's taking physics, it's taking medicine - then talking to our clinicians. What is the unmet clinical need, how can we actually apply our technology to help save people," he said.

"It's fabulous when you get entrepreneurs like Andreas, who has seen that journey from discovery, and then decided he wants to take a more entrepreneurial business-like role, to take his invention, to raise funding against it, to build it, to do the prototypes and ultimately get it out into the clinic."

Researchers will trial their technology on patients in the US and Australia, and if successful it is likely to be more widely available within three years.

Mr Fouras hopes developing nations with high rates of respiratory disease will soon be able to benefit from the new technology.

"In India, and the Chinese are very concerned about their air quality. And we are also interested in parts of South East Asia, where, in particular for example, tuberculosis is a real problem."

There are plans to capture motion in other organs, like the heart.