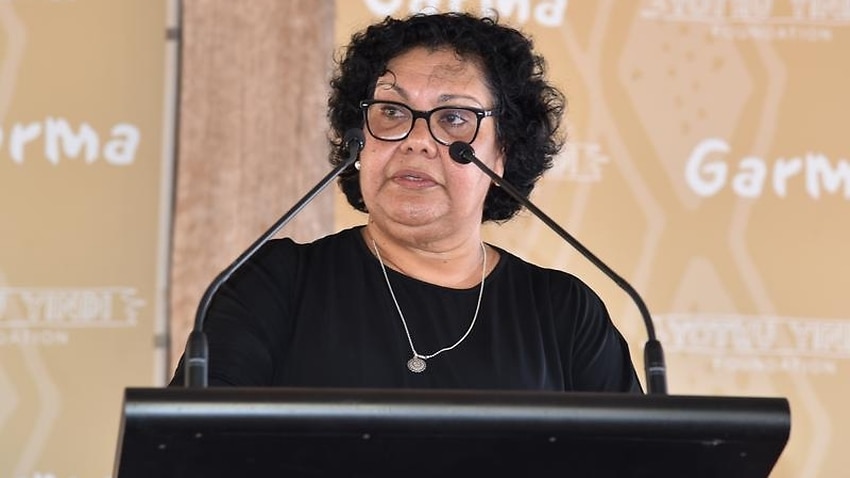 The federal government and Labor are facing fresh calls to set up a national compensation program for thousands of stolen generation families who had their children forcibly removed over several decades.

February 13, 2008: Kevin Rudd greets Indigenous representatives in the House of Representatives Chamber after delivering the apology to the stolen generation. Source: AAP

The apology and reparation scheme, including financial compensation, were key recommendations in the 2007 'Bringing Them Home' report which found between one in 10 and one in three indigenous children were forcibly removed from their families over a period stretching from 1910 to 1970.

NSW, Victoria and South Australia have set up their own reparation programs, but the federal government has repeatedly refused.

Ms Oscar welcomed the action taken by the states but said a "patchwork approach" was unhelpful and that a bipartisan and long-term national scheme was needed.

"The legacy of the stolen generations is not a South Australian issue, or a Victorian, or a NSW one, it has left a dark shadow from history across the entire continent," she will say in a speech to a Reconciliation South Australia breakfast on Monday.

Read More
‘I couldn’t look at the Indigenous faces’: Kevin Rudd on the apology, 10 years on

Ms Oscar will deliver her speech just before Prime Minister Malcolm Turnbull releases the latest report card on the Closing the Gap strategy that was put in place after Mr Rudd's famous apology.

Annual progress reports on the strategy's seven targets to close the gap between indigenous and non-indigenous Australians in terms of health, education and employment have shown just one is on track to be met.

The lack of progress sparked Mr Turnbull to announce in late 2017 that the strategy would be refreshed, with details expected to be released later this year.

With data showing the number of indigenous children in out-of-home care having doubled since the 2008 apology, and Aboriginal and Torres Strait Islander women making up the fastest growing prison population, Ms Oscar says "where we are at currently is not good enough".

Ms Oscar accused the government of appearing to have "no political will" to listen to indigenous people and their solutions, especially after it last year rejected the Uluru Statement.

The statement called for an elected advisory body to provide an indigenous voice in parliament, and the establishment of a "Makarrata" Commission to supervise agreement-making and "truth-telling" between governments and indigenous groups.

Ms Oscar said truth-telling was vital so indigenous voices were heard and their needs integrated into government policy.

"With the rates of child removal and incarceration of women increasing ... this dialogue of national truth-telling could not come fast enough," she said.