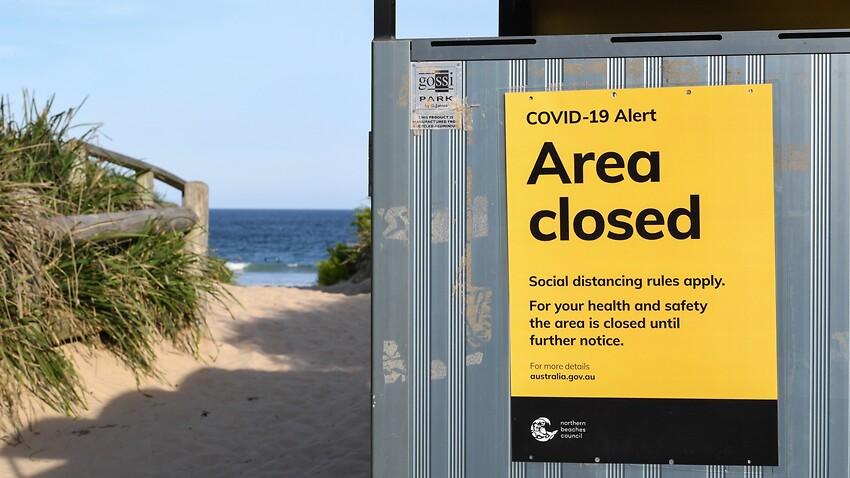 An area closed sign due to coronavirus at Freshwater Beach in Sydney. Source: Getty Images

Authorities have said social distancing and isolation measures could still remain in place for the next six months. Source: AAP

The NT government was quick to shut its borders in order to curb the spread of the virus.

Six new cases were reported in New South Wales over the past 24 hours, the lowest total in five weeks. Source: AAP

Australian Medical Assistance Team staff who worked with the passengers and crew on the cruise ship Artania wave goodbye as it departs Fremantle harbour. Source: AAP

The North West Private Hospital is one of two hospitals closed in Burnie because of a coronavirus outbreak. Source: AAP