For Nyadol Nyuon, the coronavirus pandemic has been a time for introspection and new beginnings.

Amid the chaos, the lawyer, human rights advocate and former refugee says living through Victoria’s lockdown has offered moments of silence and perspective, as she juggles working from home with two kids under five.

She has leaned into what one of her friends called a “sacred pause”.

“Everyone is in it in Victoria and we just have to do what we need to do. But I do appreciate the fact that I think it has slowed things down enough to allow you time to think whether you can re-shape your life when things begin to move on again,” the 33-year-old tells SBS News. 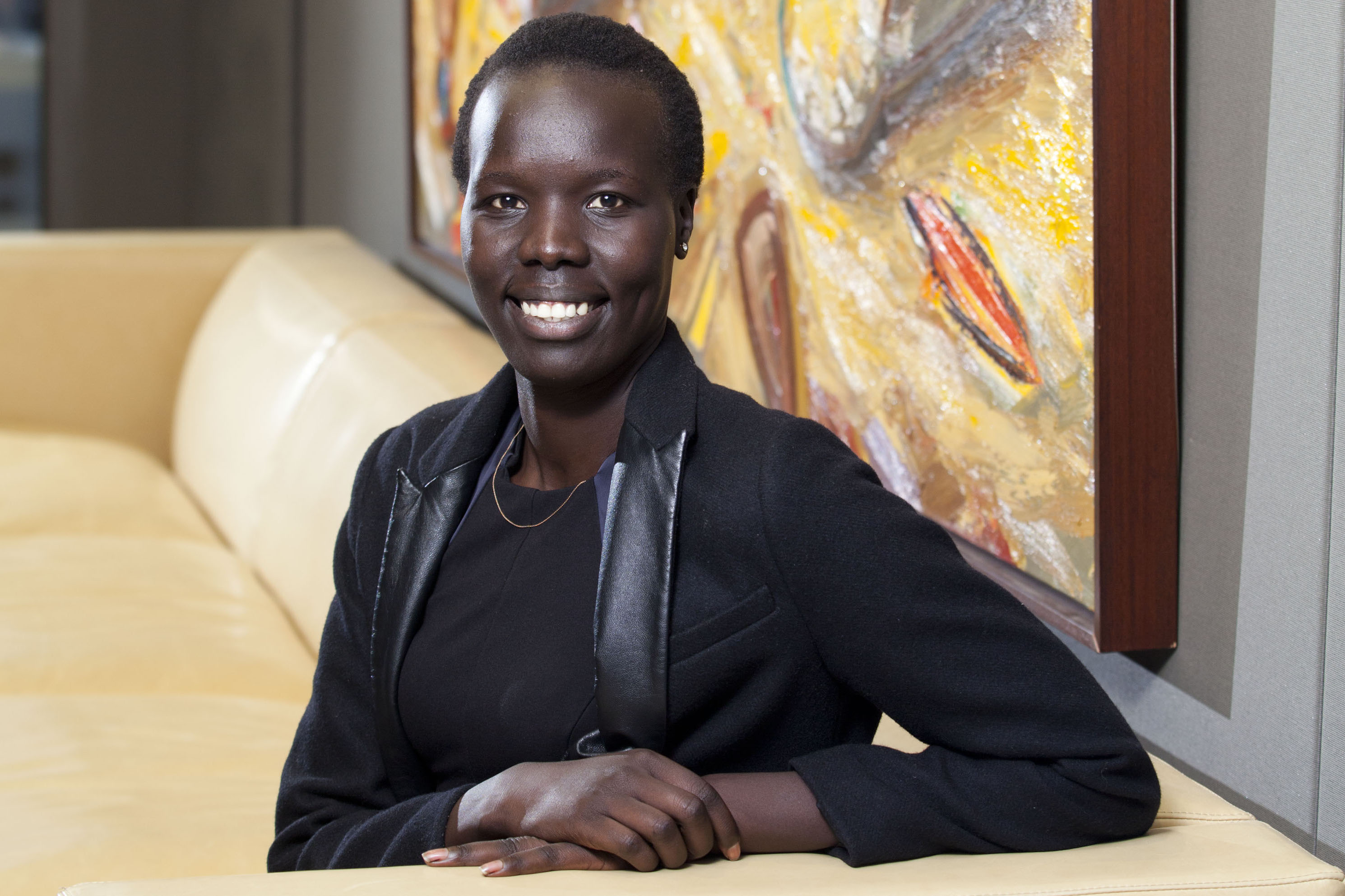 The pandemic has revealed a range of reactions, some more helpful than others, she says.

Ms Nyuon has previously spoken out about how panic buying left vulnerable people without access to essential goods and the “irrational” racism that targeted Australians of Asian appearance, as well as other minority communities.

“I’m not surprised by it [the racism] at all,” she says. “Racism has been the pandemic that has always been there.”

It’s an issue Ms Nyuon has spoken up about in recent years.

Born in a refugee camp in Ethiopia where her family fled to escape the Second Sudanese Civil War, Ms Nyuon came to Australia as a refugee in 2005. Nyadol Nyuon came to Australia as a refugee in 2005.
Supplied

Arriving in Melbourne aged 18 with the dream of becoming a lawyer, she obtained her VCE and studied a Bachelor of Arts at Victoria University before being accepted into law school at Melbourne University.

Ms Nyuon now works as a lawyer in Melbourne. About three years ago she started speaking publicly on race and human rights issues, including media coverage of so-called African gangs, and more recently, COVID-19 law-breakers.

Former refugee, Nyadol Nyuon - speaking to thousands at a Melbourne rally about the plight of refugees, with no script - instead holding her baby, and her baby’s lunchbox. Mum life! @7NewsMelbourne⁩ pic.twitter.com/NUYADSfe53

“It has been interesting to see how some media organisations tend to focus on the ethnicity or race of certain people when those groups have breached the law,” Ms Nyuon says. “For me, it shows the double standard reporting that has always been present.”

“The very same people who would take such a harsh tone towards a person who is a recent migrant breaking the rules are all of a sudden supporting a group of people's right to protest lockdown laws. The only difference between those two groups is that one is predominately white.”

“I do think how racism is used … falls into that larger business model of using controversy and rage to draw attention, and for clicks,” she says. “But what I think is changing, and what I see in Victoria, is that the narrative has been so overplayed that a lot of people aren't falling for it.”

“They can see what is being done; they can see the bias … I think most people are reasonable when it comes down to it.”

'People are fighting back'

Ms Nyuon says she is excited to see young Australians of African background responding by “fighting back” against racism in her state.

Four candidates running for upcoming elections in Victoria are hoping to make history next month by becoming the state’s first sub-Saharan born councillors. 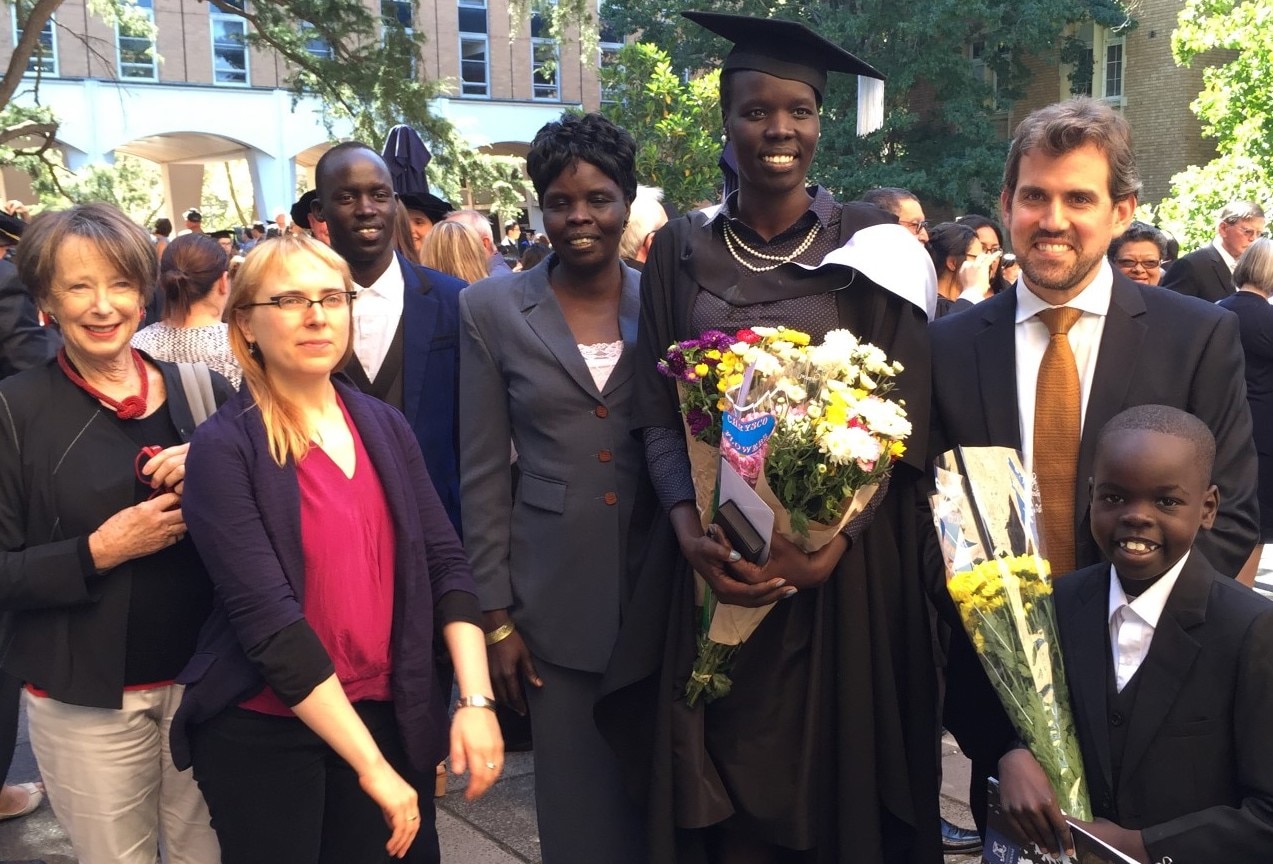 The council hopefuls told The Feed last week the hard lockdown of Melbourne’s nine public housing tours in Flemington and North Melbourne had pushed them to put their hands up.

“I think what occurs when people feel attacked is that sometimes they fight back. And people are fighting back through political engagement,” Ms Nyuon says.

Such representation among decision-makers is vital in “reflecting the community we come from” and has the power to transform organisations, she adds. “Seeing young African people taking their fate into their own hands [is] really exciting, and I think that has far more benefits for the wider community than just African people.

“Even their mere presence in these spaces is creating a larger platform of role models for young Africans growing up in Australia to aim for, to be, and that's exciting.”

Leading from the front

Ms Nyuon will also gain a larger platform next month as she steps into her new role as chair of Harmony Alliance, Australia's migrant and refugee women’s coalition.

“It’s a really exciting opportunity for me to grow as a person, and to grow in leadership,” she says.

Ms Nyuon hopes to work with the team on achieving three key goals, one being improving digital literacy among migrant women, an issue that has been accelerated by the COVID-19 pandemic. 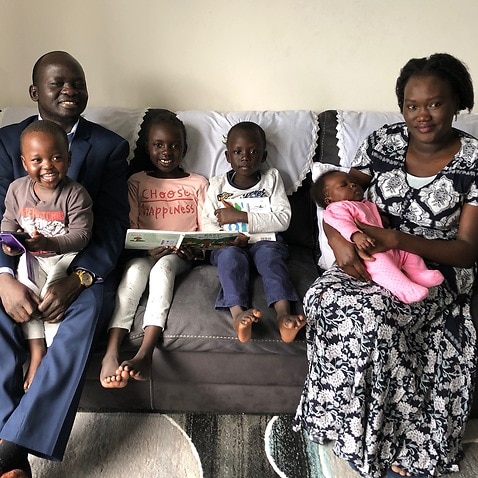 She says migrant women have fallen through the cracks due to the means by which governments have communicated public health messaging and as many of its services transition online.

“When you have a woman who doesn't have any computer skills, who can't navigate a website, and now can't attend certain services, it makes it really, really hard for them to participate in the society we find ourselves in now,” she says.

Under her leadership, the coalition will also look to connect with more grassroots women’s organisations and build relationships with institutions such as universities and research centres to help to better integrate migrant women into society. Ms Nyuon’s growing profile has, though, come at a cost. A recent media appearance on the ABC’s Q&A program led to her receiving abuse, harassment and threats online.

“It’s still trickling through; it’s never over,” she says. “But I’m getting to a point in my life where it doesn’t mother me as it used to. Whether that is just accepting this is how it is - it doesn’t have to be, but it is - or whether it’s because these people have said everything they possibly can say that nothing is shocking anymore.” 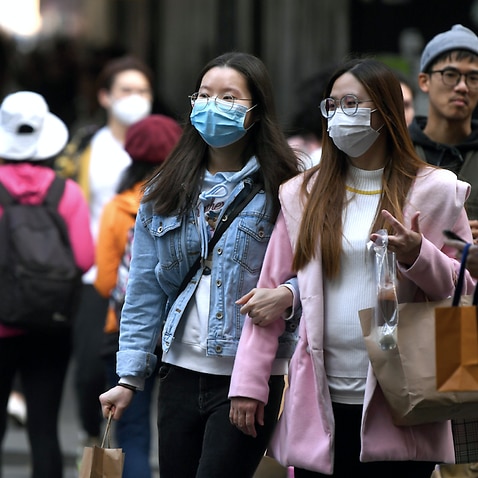 Ms Nyuon says she has swung between wanting to quit social media completely and standing up to her trolls. These days, she has found a safe middle ground.

“I’m trying to be online in a safe manner ... not trying to engage with all angles, knowing when to step out completely and how to integrate it into my life in a healthy way,” she says.

“All of those are learning processes, partly because I’m on my own journey of being in a public space.”