A new index has been launched looking at how Australia's more than two million small businesses are faring.

The idea is to inform government policy and regulation affecting the sector. The report will provide a monthly picture across five major areas: cashflow, payments, employment, trading overseas and cloud adoption.

It is based on anonymised and aggregated data from half a million Australian subscribers, using the accounting app Xero rather than information from traditional survey methods.

"If you look at labour-market growth, or employment growth, over the last two or three years, when we looked at this on a state-by-state, territory-by-territory basis, you saw quite wild swings back in 2016 and early 2017.

"But the figures seem to be converging over the last three or four months. What I took from this was that, in the bigger-picture perspective, the period of flux, if you like, at the end of the mining boom is now settling and there is more of a convergence. There isn't that wild swing from one month to another month."

But small business is still a tough path for many.

The report says June typically represents one of the lowest months for cashflow as small businesses head toward the end of the financial year.

The pattern has been consistent over the past three years, with cashflow improving in July when outstanding payments are more likely be made en masse.

Cashflow problems are one of the reasons some businesses fail, with one in five saying they would face closure if they had to deal with a late payment.

Earlier this year, the Council of Small Business warned late payers could soon be publicly named.

But despite those ongoing challenges, Xero Australia managing director Trent Innes said his company's data shows there has been improvement.

"So what the trend line actually showed us is that it had actually improved over the last 12 months. We've actually seen an increase in the number of businesses which are cashflow-positive. So it's up over 50 per cent now, and, last year, it was actually around about 48 per cent. So we've seen an improvement."

Mr Innes said improvements have also been seen in other areas. 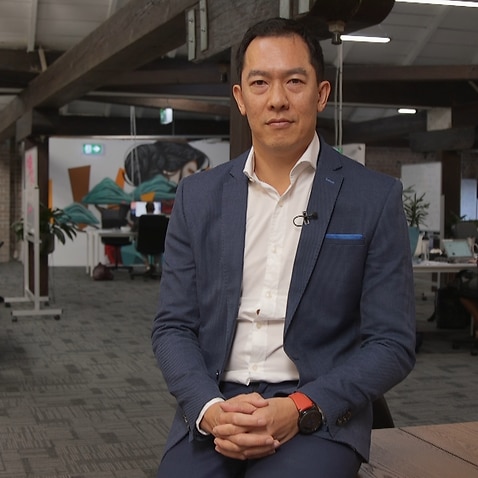 "Pretty much right across the board, we saw everything improving that we were actually measuring. So we actually saw a real positiveness about year over year. We did see a slight decrease in trade and imports-exports, but, overall, everything else was actually improving, in the right direction."

One area that has undergone major change is the use of technology.

Mr Innes said there has been a big increase in the adoption of cloud-accounting software, such as that supplied by Xero, within the small-business sector.

"So we saw a 42.9 per cent increase in cloud technology taking on accounting based software. So it was actually a really fantastic way to see which industries were actually taking the cloud on board. We saw professional services and trades as the leading two industries."

Two-thirds of small businesses are sole traders, and a further 25 per cent employ between one and four people.

The Xero report showed a slight increase in the number of people employed in small business, a jump of 1.3 per cent month-on-month in June.

While small businesses make an important contribution to the economy, they typically face many operational challenges and have higher failure rates than larger businesses.

Bernard Salt said, despite the challenges, Australians are an entrepreneurial bunch and small business remains an attractive option, especially for new migrants.

"I do think that the migrant component is absolutely critical to driving an entrepreneurial spirit in Australia. I think the migrant element has something to prove. If you're going to come to Australia from another country, you really want to demonstrate your success."