Sixteen new targets have been set, with all levels of government accountable for improving the health and welfare outcomes of Indigenous Australians.

Governments have set an ambitious target of closing the life expectancy gap between Indigenous and non-Indigenous Australians by 2031.

It's part of a new Closing the Gap agreement, which has also set targets to reduce the incarceration rates of Indigenous adults and children, that was unveiled on Thursday.

The new agreement has the backing of all levels of government and the Coalition of Peaks, which represents around 50 Indigenous representative bodies.

Non-Indigenous men live 8.6 years longer than their Indigenous counterparts, while the gap is 7.8 years for women.

This is the first time a national agreement aimed at enhancing the wellbeing of Indigenous Australians has been developed with Aboriginal and Torres Strait Islander people.

Prime Minister Scott Morrison said having directly negotiated the agreement with Indigenous people would ensure progress could be made on areas ranging from early childhood to employment.

"One of the mistakes that have been made is, as we’ve looked at this as a federal government, we’ve decided what the gap is. We didn’t look at the gap through the eyes of Indigenous Australians," he told reporters in Canberra.

"We told Indigenous Australians what the gap was that we were going to close and somehow thought they should be thankful for that.

"That was wrong-headed. That wasn’t the way to do it."

The 16 specific national socio-economic targets cover a range of measures, most of which have a 2031 target date.

Among them are increasing the proportion of babies with a healthy birthweight to 91 per cent, driving up the year 12 attainment rate to 96 per cent and cutting the jail rate for adults by at least 15 per cent.

Within five years, 95 per cent of Indigenous children would be enrolled in early childhood education a year before full-time schooling.

As well, the leaders have committed to a "significant and sustained" reduction in violence against women and children with the long-term aim of zero violence.

"The Coalition of Peaks is confident that the national agreement, if fully implemented, has the potential to establish a strong policy foundation to give effect to what our people have been saying for a long time is needed to make a difference," she said.

The agreement also includes a commitment to increase accountability and transparency.

An Indigenous-led review will examine how outcomes are changing on the ground, with the Productivity Commission to report back on progress every three years. 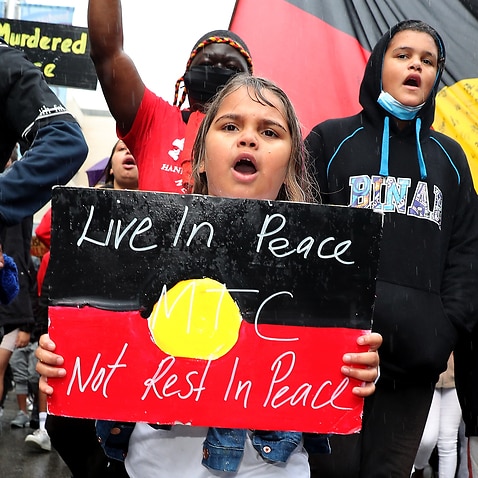 The first Closing the Gap framework was launched by the Rudd Government in 2008, with seven targets to improve Indigenous outcomes.

However, the most recent progress report found only two of the targets were being met, with progress on improving child mortality, life expectancy and employment outcomes lagging behind.

In 2019, the Council of Australian Governments partnered with the Coalition of Peaks to refresh the strategy.

The new targets are as follows:

With AAP and Evan Young.