Citing questions and concerns from the families of victims, New Zealand's coroner has opened an inquiry into the 2019 Christchurch mosque terror attacks. 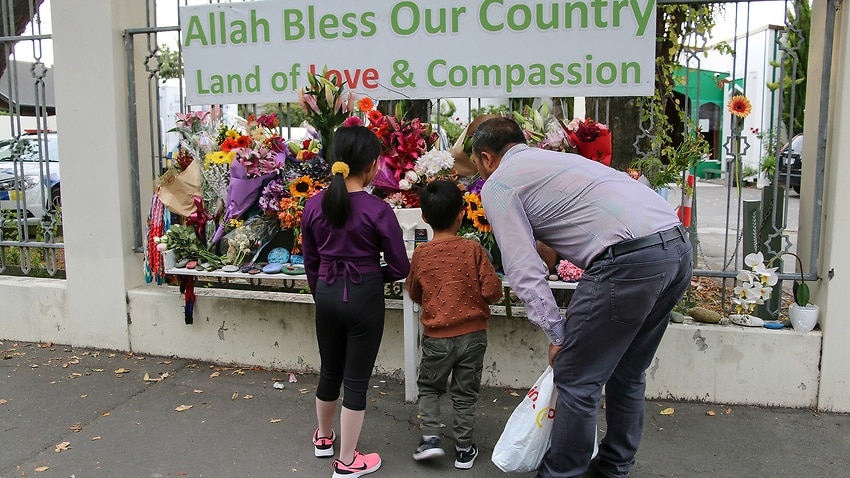 A man and his children place flowers as a tribute outside the Al-Noor Mosque on 15 March 2021. Source: AAP

Many victims and family of the 51 killed in the attacks have called for a coronial probe following the sentencing of the terrorist responsible last year.

The Australian terrorist responsible for the massacre is serving a life sentence in an Auckland jail for the murders and attempted murders.

His decision to plead guilty to the crimes - reversing an earlier plea - prevented a trial that would have examined his actions.

Justice Deborah Marshall hopes injured victims and family of the 51 killed in the terror attacks will get answers from the probe.

"The Coroners Court will work to ensure the families of the Shaheed, victims and interested parties continue to be involved in the inquiry process, that the many people and communities impacted by this tragedy find some answers to lingering questions, and that the deceased are given a voice," she said.

"Opening an inquiry allows more in-depth investigation into the causes and circumstances of the deaths resulting from the attacks.

"It also allows a coroner to make recommendations or comments that might prevent similar deaths happening in the future."

Justice Marshall said an investigation could yet be paired with a public inquest.

A Royal Commission in December released its report into the attacks, making 44 recommendations to government.