Former prime minister Tony Abbott has used a speech in London overnight to argue coronavirus restrictions in Australia are disproportionate to the disease. 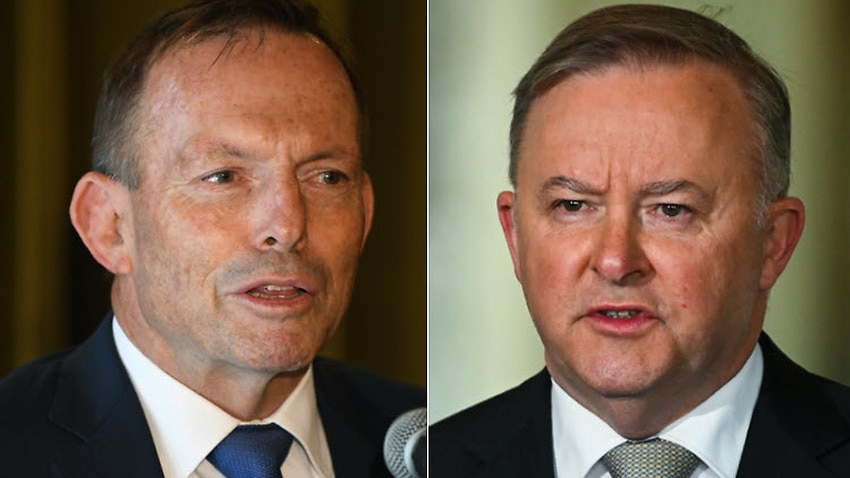 Tony Abbott has been accused of sinking to a new low after suggesting some elderly coronavirus victims should be left to die naturally.

Mr Abbott said governments were failing to consider the economic costs of the crisis, raising the spectre of sacrificing older lives to protect the livelihoods of younger Australians.

"Given that lockdowns can reduce disease, but not eliminate it, the result is not just a stop-start economy, but a stop-start life," he said in London overnight.

"In this climate of fear, it was hard for governments to ask how much is a life worth, because every life is precious and every death is sad.

"Governments have approached the pandemic like trauma doctors instead of thinking like health economists trained to pose uncomfortable questions about a level of deaths we might have to live with."

"Tony Abbott was never known for his compassion. This is a new low," Mr Albanese told reporters in Canberra on Wednesday.

"This is someone who was a member of the Morrison government and had the privilege of being the prime minister of our country.

"To make the comments that he did, I think, will cause a great deal of hurt for Australians who read those comments, particularly the families of those who have been impacted by COVID-19."

Senator Cormann said the economic cost of the virus response was definitely justified.

"Clearly, the first priority was to protect people's health and save people's lives by suppressing the spread of the virus, and that was absolutely necessary," he told reporters at Parliament House.

"As part of that, we did have to impose significant restrictions on the economy in order to suppress the spread of the virus, and that was appropriate."

Mr Abbott was particularly scathing in his assessment of the Victorian government.

"For more than six months now in Victoria, under disaster and emergency declarations, homes can be entered, people can be detained, and the ordinary law of the land suspended," he said.

Slightly odd scenes today- Tony Abbott speaking at a think-tank event and a parliamentary committee, but slipped out the back door. Put his mask on as we said hello. Made a few headlines in UK and Australia with his comments. @SBSNews pic.twitter.com/u7MNwiPJuV

"And the premier now wants to extend this health dictatorship for at least another six months.

Mr Abbott also pointed to states such as Western Australia and South Australia, which have virtually no coronavirus cases, but have barred people from other states with low case numbers to cross their borders.

The former federal health minister said the restrictions in place to halt the virus weren't economically sustainable, and governments needed to consider if the cure was proportionate to the disease.