The 62-year-old is a former guerrilla fighter who fought in the country’s long struggle to gain independence first from Portugal and then Indonesia.

Local and foreign dignitaries as well as thousands of ordinary citizens joined a 12 hour inauguration ceremony at Taci Tolo near Dili on Friday night.

Charlie Scheiner, a researcher at the Timorese think tank La’o Hamutuk, says Timorese voters have chosen to stay under the leadership of the so-called “Generation 75” - members of former rebel groups instrumental in their country’s struggle for independence.

“Timor-Leste is still in its period of celebrating its victory over 500 years of colonialism and 24 years of occupation, and the people who led that struggle are national heroes,” he said.

“SBS reporter Rhiannon Elston travelled to Dili at the invitation of the government of Timor-Leste.” 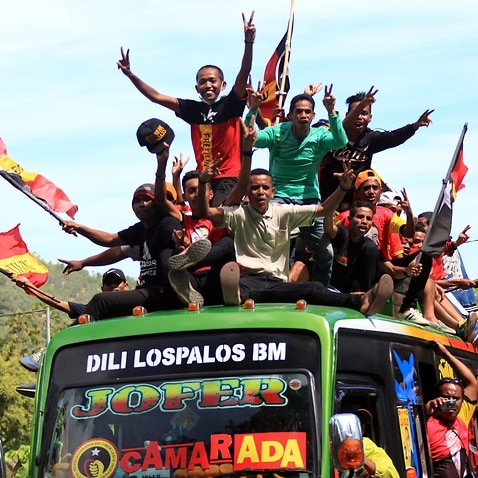