As business shutdowns come into effect in some states, New Zealand citizens living in Australia fear they will be left destitute as they do not qualify to receive COVID-19 support packages. 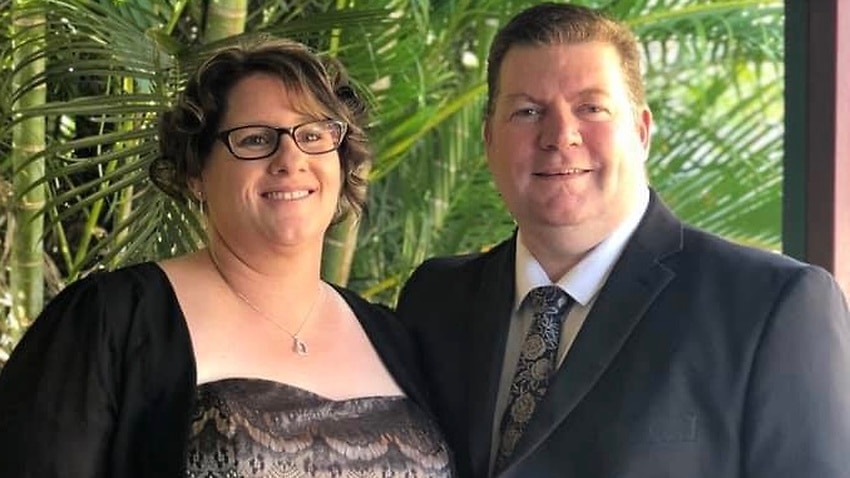 Jason Killick and his wife Katrina may soon be out of work. Source: Supplied

For Brisbane resident and small business owner Jason Killick, each day is a nervous wait.

He and his family own and run Killick Family Funerals which employs four full-time staff and six casuals. But it's only a matter of time before their income runs out, he says.

“We haven’t lost business yet, but that will come as soon as they eliminate the ability to hold funeral services,” the 45-year-old told SBS News.

“Everyone will go for a direct cremation or a direct burial and there’s no profit margins in that as a funeral service. So we provide the service, but for what we charge we are essentially just covering costs.”

Jason Killick said it's only a matter of time before business at his funeral service dries up. Source: Supplied

They are far from alone in their situation.

Mr Killick and his wife Katrina are originally from South Auckland and have lived in Australia for 13 years.

Like thousands of New Zealanders living in Australia, they are non-protected SCV holders, which means they are Australian residents except for social security purposes.

Read More
Students to be included in COVID-19 support measures

Having arrived in the country after visa changes were introduced in 2001, they do not qualify for government support including welfare payments.

“As Kiwis, we’ve got no ability to go to Centrelink whatsoever, so if things dried up from a work perspective we’d have nowhere to turn to,” Mr Killick said.

It is unclear if New Zealander sole traders in Australia will have access to small business support provided by the Australian government, but they are currently ineligible for the new increased COVID-19 jobseeker payment.

SBS News sent questions to the Minister for Social Services Anne Ruston regarding the eligibility of New Zealanders for various COVID-19 support payments and did not receive a response.

Advocates of New Zealander rights in Australia such as Liza Cox from campaign group Oz Kiwi, said the New Zealand government need to step up and push the Australian government to provide support.

“I think it’s generally indicative of the way successive Australian governments are quite grateful to take taxes off people who are residing here long term, who are building businesses here and investing here, but they are not willing to give them any support if they need it,” she said.

She said while it has been standard Australian government policy since 2001 not to provide New Zealanders living in Australia with welfare support, the “extraordinary circumstances” surrounding COVID-19 warranted a different approach.

“There are no alternatives, leaving the country is not feasible,” she said.

“It really gives in an indication of where their morals and ethics are. If they can’t make some kind of compensation for Kiwis it’s a really sad day,”.

David Faulkner from the Kiwis in Australia Facebook group said the page had already been inundated with New Zealanders in dire situations.

“People complaining that they are going to be homeless and without food very quickly. It’s going to be a tragedy for sure,” he said.

“I wouldn’t be surprised if they have to start airlifting people out of Australia, or else they are going to be left homeless and destitute.”

The New Zealand Ministry of Foreign Affairs and Trade and the New Zealand High Commission to Australia did not respond to requests for comment about efforts to advocate on behalf of their citizens in Australia of the level of support being provided.

"I have specifically sought 'could we have a short term exemption? Just for these exceptional circumstances for New Zealanders to be supported'," she said.

A Change.org petition calling on the Australian government to provide New Zealand citizens in Australia with support during the coronavirus pandemic has attracted more than 100,000 signatures.