NSW Parliament has debated flying the Aboriginal flag permanently on the Sydney Harbour Bridge but no outcome was reached. 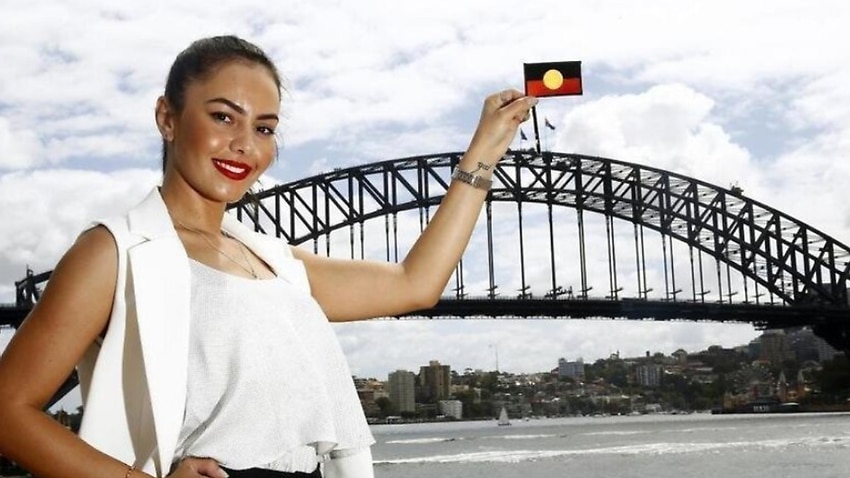 The NSW government says it will revisit ways it could fly the Aboriginal flag permanently on the Sydney Harbour Bridge after mounting pressure from the opposition and community members.

On Thursday, Minister for Transport and Roads Andrew Constance told the lower house the government "has had a look at this" but will "go back again and see what can be done".

"There are some structural issues [on the bridge] which are very real in this regard and I think it's important to acknowledge that," he told the chamber.

More than 125,000 people have shown support for the idea. Source: NITV News/Ryan Liddle

It follows more than 125,000 people signing a change.org petition to have the flag on the bridge 365 days a year.

The flag is raised 15 days a year - on Australia Day and during reconciliation and NAIDOC weeks.

"The campaign will continue," he said.

Mr Harris made an impassioned plea to the government about the importance of flying the flag year-round.

"It's not about symbolism, it's about reconciliation," he said.

It's not about symbolism, it's about reconciliation

"Reconciliation is not about sometimes, it's not about special occasions - reconciliation and understanding the struggle of our First Nations People is about every day of the week, every hour of the day.

"Not having it there tells Aboriginal people that every day, they still have to fight to be recognised as the original owners of this land."

A pleasing afternoon. The decision is tenuous #NSWParliament will conduct a technical assessment around the logistics & the structural integrity of erecting a third flag pole on Australia’s iconic landmark in NSW.

The change.org petition was started by Kamilaroi woman Cheree Toka.

Reacting to the latest developments, Ms Toka tweeted it was a "pleasing afternoon".

Campaigners want the Aboriginal flag to fly beside the Australian and NSW flags, not replace them.