The prime minister has revealed a plan to put businesses into "hibernation" to insulate them against the impacts of the coronavirus pandemic, but there has still been no decision made on measures to protect renters. 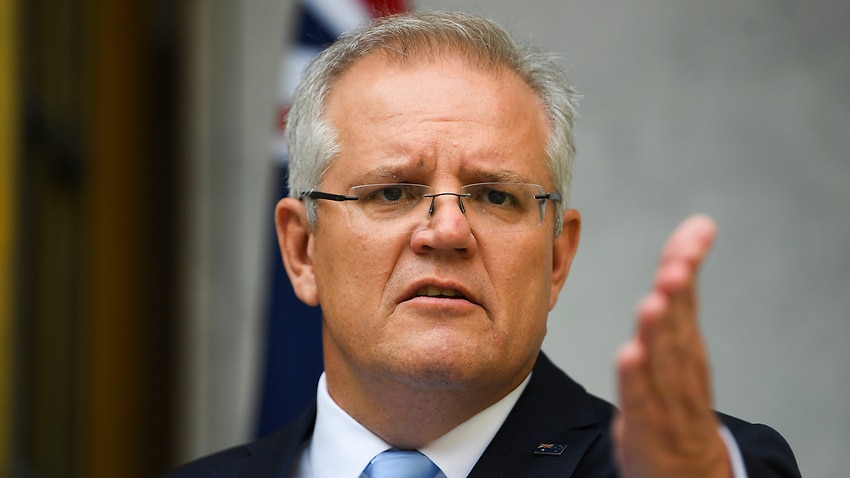 Prime Minister Scott Morrison says a so-called "hibernation" plan for small businesses will help them share the burden of their expenses during the coronavirus pandemic.

But there has still been no decision made on measures to shield renters from eviction despite pressure on the federal government to act.

It had been anticipated that steps to protect commercial and residential tenants would be the centre of a national cabinet meeting on Friday.

But the details of these plans are now expected in coming days.

Prime Minister Morrison said the "hibernation" plan for businesses would help support those struggling to cope amid the economic downturn.

"We want these businesses to effectively go into a hibernation, which means on the other side, the employees come back, the opportunities come back, the economy comes back," he told reporters.

"We do not want ... those businesses to be so saddled by debt, so saddled by rental payments, so saddled with other liabilities that they will not be able to start again on the other side."

The prime minister confirmed the strategy would underpin a third stage of stimulus to support businesses devastated by shutdowns.

The details of the "hibernation" plan remain scarce but could involve the underwriting of commercial rents, rates, taxes and utility bills.

Prime Minister Morrison said the next phase of stimulus would also be dealing "with residential tenancies as well".

But Labor has criticised the federal government for failing to deliver a decision sooner on rental protections for those at risk of eviction.

"They need a decision," he said.

No decision again today on rents. Disappointing. Tenants and landlords are worried and anxious. They need a decision.

You can’t stay at home if you don’t have one. We need action now #auspol pic.twitter.com/AFUY2DT3EZ

In the United Kingdom and New Zealand, steps have already been announced to protect tenants from eviction during the coronavirus pandemic.

"But it is an issue that is a high priority … it is high up on the list."

Scott Morrison has thanked Australians for doing their part

Tasmania has also announced it is considering a temporary ban on the eviction of tenants not able to pay their rent amid the health crisis.

"There will be landlords who will suffer. The banks will be having to make arrangements with them," he said.

"Whether councils are involved in providing waivers on rates, things of that nature that will be something states work through.

"Whether land tax will be relieved for those who have tenants in a distressed situation - all of these are what we are working through."

Read More
Evacuation flight for Australians trapped in Peru and Uruguay incoming, but many to be left behind

The prime minister has also resisted pressure to impose stronger lockdown measures, maintaining the need to protect against the economic impacts of the health crisis.

Mr Morrison said he would "fight for every job" saying only a "compelling health reason" would change this approach.

"I am not going to be so cavalier about it," he said.

"I will make sure I fight for every job I can because I know that that job means something very important to that person, and the family."

What does it mean to flatten the curve?