The council says the federal government should explain why the current law is inadequate. 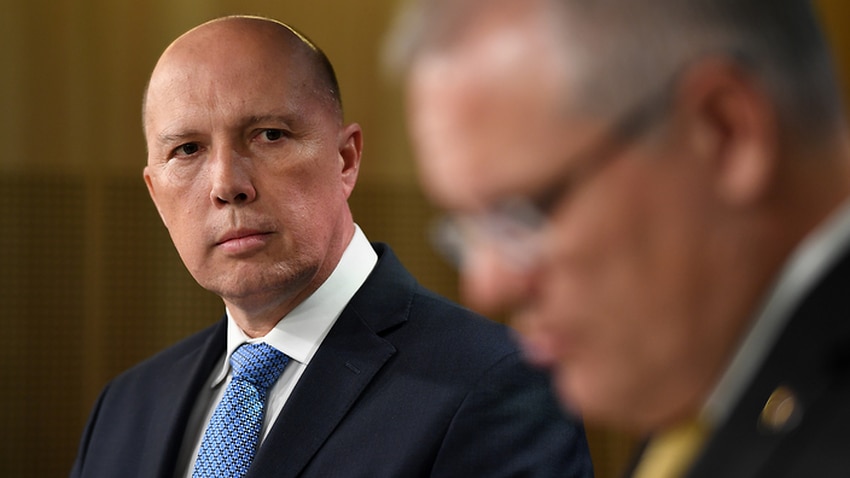 The body representing the Australian legal profession has warned of overreach in the Morrison government’s proposed new terror laws, which would allow Home Affairs minister Peter Dutton to revoke someone’s citizenship and deport them for any terror offence as long as he was “reasonably” sure they were citizens of another nation.

The reform would change the current law, which allows citizenship to be stripped if a convicted terrorist gets more than 6 years in prison.

The Morrison government will attempt to rush through the laws in the two sitting weeks before Christmas.

The Law Council understands the importance of having effective counter-terrorism laws to keep Australians safe. However, at all times, these laws must be both necessary and proportionate," Law Council president Morry Bailes said.

"Measures to remove citizenship challenge key legal principles on which our democracy was founded, and therefore demand very careful consideration."

"The proposed automatic loss of citizenship and subsequent administrative action do not provide sufficient safeguards to accord with the rule of law, the presumption of innocence, the right to a fair trial, and the right of appeal."

The council pointed out the current threshold for deportation, where the terrorist must be sentenced to more than six years in prison, had bipartisan support.

"The [official terror] threat level hasn't changed since. Government must say why this bipartisan recommendation no longer represents what is a necessary and proportionate response to terrorism."

Asked about the response on Nine’s Today show, prime minister Scott Morrison said "of course" the legal profession would be critical.

"They said I couldn’t turn back boats, and they said that wasn’t legal," Mr Morrison said.

Revocation of citizenship has been reserved for dual-citizens to make sure Australia does not render a person stateless, as it has promised not to under international agreements.

"The current wording of the law, we believe is unrealistic," Mr Morrison said.

"Terrorists have violated everything about being what an Australian is all about. It's a crime against our country, not just other citizens," he said.

The two major parties have a tradition of bipartisanship on national security matters, and Labor said it would consider the details of the plan through the cross-party Intelligence committee.

"Labor supported the changes to the Citizenship Act in 2015 which delivered existing powers to strip those convicted of certain terror offences of their Australian citizenship," shadow attorney-general Mark Dreyfus said.

"Labor always puts the safety of Australians first and approaches national security in a bipartisan manner. There is nothing more important than keeping Australians safe, and we will always listen to the advice of our security agencies on what they require to keep Australians safe."