A team of Australian and German genetics experts have discovered that mums pass on not only DNA to their babies, but a key protein that ensures their survival.

Mothers are passing on much more than DNA to their unborn babies, Australian and German scientists have discovered.

They've found that unborn babies inherit a type of protein from their mums that is vital for their development.

The scientists say their study, published in the journal Science on Friday, provides groundbreaking evidence about how babies inherit not just DNA but biochemical information essential for their survival.

"This was completely not known before: that something that is not DNA and gets passed on from mums is actually a crucial component of early development," said Dr Ozren Bogdanovic, a scientist from Sydney's Garvan Institute of Medical Research who took part in the study.

The scientists, led by Dr Nicola Iovino at Germany's Max Planck Institute of Immunobiology and Epigenetics, based their findings on a study of fruit flies, whose genes are similar to those in humans.

They focused on a certain type of histone protein that helps package DNA in the nucleus of cells, discovering that a specific chemical change to the histone was passed on to fruit fly embryos from their mother.

However, when the scientists removed those mutations from the histone, the fruit fly embryo didn't survive.

Dr Bogdanovic said while it is well known that mutations in histones can be caused by a person's genetic background and lifestyle factors, such as a bad diet, scientists hadn't previously known that they could also affect early development in embryos.

"You could think this type of study, if proven to be true in humans, would have implications in the interrogation of various developmental disorders, on maybe in vitro fertilisation (IVF) techniques," he said.

Dr Bogdanovic said while the study was groundbreaking in terms of showing how another level of information is passed on from parents to babies, scientists still have plenty to learn.

"Over the past few years we've seen growing observational evidence that environmental influences - diet, stress or trauma, for instance - can lead to changes in individuals that are passed down to their children and grandchildren," he said.

"However the biological mechanisms involved are still poorly understood." 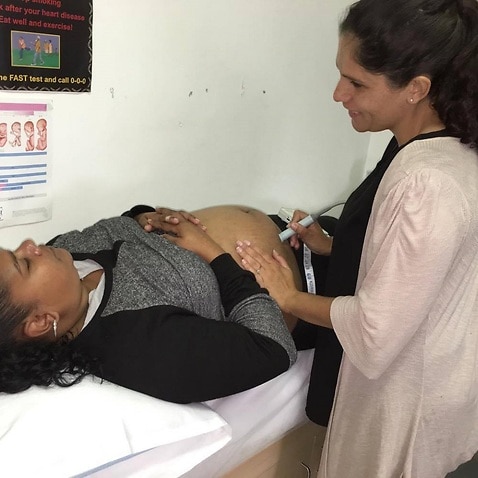