Thousands of people protested across the United States over Republican Donald Trump's surprise victory in the US presidential election, blasting his campaign rhetoric around immigrants, Muslims and other groups.

Protesters burned a giant orange-haired head of Donald Trump in effigy, lit fires ins the streets and blocked traffic lanes late Wednesday as rage over the billionaire's election victory spilled onto the streets of US cities.

From New York to Los Angeles, thousands of people in around 10 cities rallied against the president-elect a day after his stunning win, some carrying signs declaiming "Not our President" and "Love trumps hate."

Most of the rallies were peaceful.

Thousands of protesters thronged streets in midtown Manhattan while at a park further downtown hundreds who had gathered screamed "Not my president."

In Chicago, roughly 1000 people attempted to gather outside the Trump International Hotel and Tower downtown while chanting phrases like "No Trump! No KKK! No racist USA." Chicago police closed roads in the area, blocking the demonstrators' path. 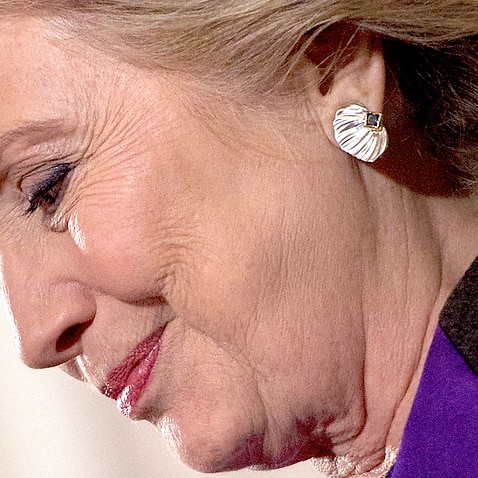 "I'm just really terrified about what is happening in this country," said 22-year-old Adriana Rizzo, who was holding a sign that read: "Enjoy your rights while you can."

Thousands of anti-Trump protestors marching down 5th Ave to Trump Towers. Chanting "Donald Trump has got to go" @SBSNews pic.twitter.com/ae5NVIQlyP

Anti-Trump protestors in NYC chant "Not my President" - police cordoned off a one block radius of their destination, Trump Towers @SBSNews pic.twitter.com/PlyphmgTHJ

Protesters railed against Trump's marquee campaign pledge to build a wall along the border with Mexico to keep out undocumented immigrants and other policies perceived as affecting people of colour.

"I'm particularly concerned about the rise of white nationalism and this is to show my support against that type of thing," Rizzo said.

"The electoral college is broken," protester Nicholas Forker said of the US indirect voting system. "I think it definitely needs to be reformed... I think it's ridiculous."

A representative of the Trump campaign did not immediately respond to requests for comment about the protests.

In his victory speech, however, Trump said he would be president for all Americans, saying, "It is time for us to come together as one united people." Earlier this month, after a Ku Klux Klan newspaper declared its support for Trump, his campaign rejected the support and said that "Mr. Trump and his campaign denounces hate in any form."

Organisers also planned rallies in New York, Boston, Detroit, Philadelphia and elsewhere for Wednesday. In Austin, the Texas capital, about 400 people staged a march through the city's streets, police said.

Earlier in the day, some 1500 California students and teachers rallied in the courtyard of Berkeley High School, a San Francisco Bay Area city known for its progressive politics, before marching toward the campus of the University of California, Berkeley.

Hundreds of high school and college students walked out in protest in Seattle, Phoenix, Los Angeles and three other cities in the Bay Area, Richmond, El Cerrito and Oakland.

A predominantly Latino group of about 300 high school students walked out of classes on Wednesday morning in Los Angeles and marched to the steps of City Hall, where they held a brief but boisterous rally.

Chanting in Spanish, "The people united will never be defeated," the group held signs with slogans such as "Not Supporting Racism, Not My President" and "Immigrants Make America Great." 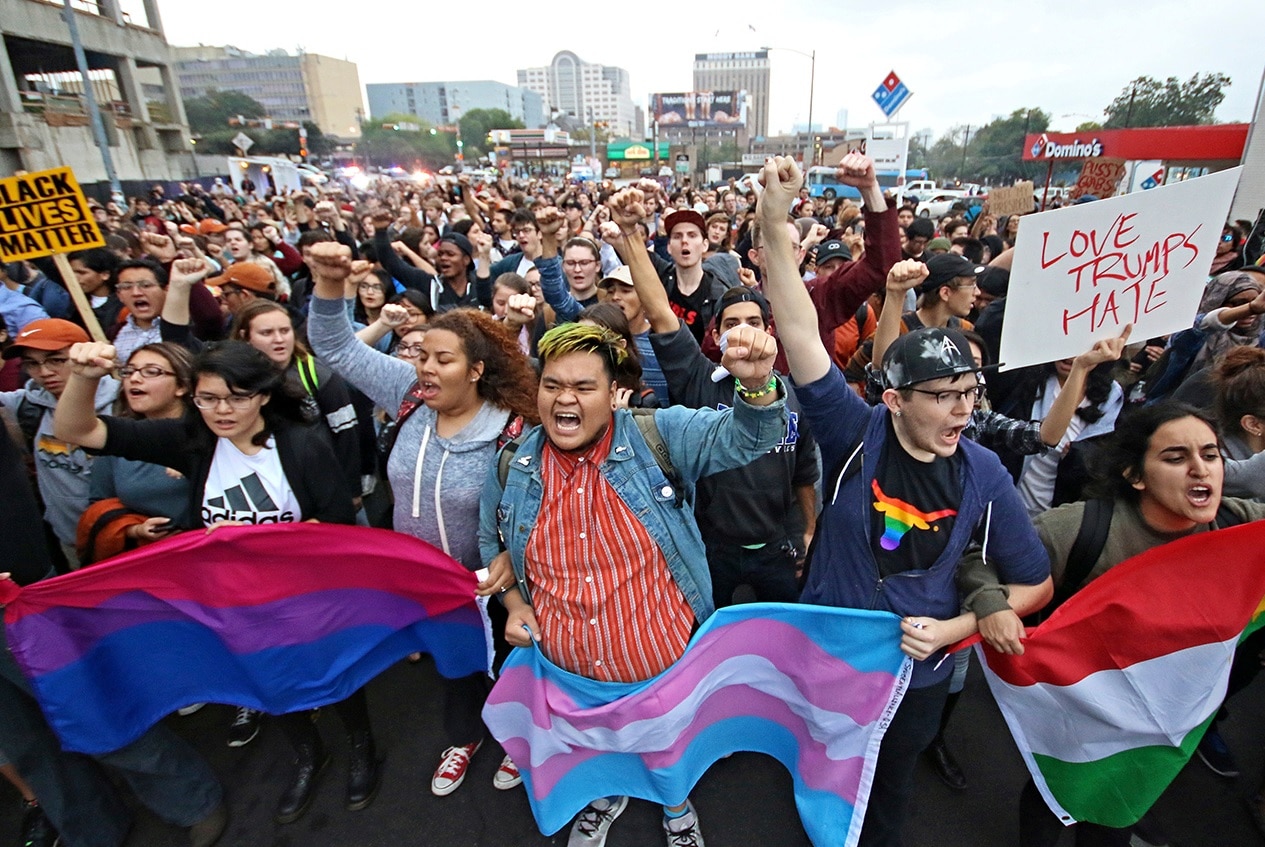 Students at the University of Texas at Austin lead a protest down to Congress Bridge in Austin, Texas. (AAP)
AAP

Many of those students were members of the "Dreamers" generation, children whose parents entered the United States with them illegally, school officials said, and who fear deportation under a Trump administration.

"A child should not live in fear that they will be deported," said Stephanie Hipolito, one of the student organisers of the walkout. She said her parents are US citizens.

In Washington, several hundred protesters gathered in front of the White House for a candlelight vigil on a damp, chilly evening, criticising what they called Trump's racism, sexism and xenophobia, and carrying signs reading "We have a voice!" and "Education for all!"

One of the organizers, Ben Wikler - Washington director of the liberal advocacy group MoveOn.org - told the crowd that others were coming together in hundreds of communities around the country.

"People are justly frightened," he said.

Ethan Miller of the workers' rights group Jobs with Justice said organisers held the vigil to show that civil society was resilient.

"It's a hard time for a lot of Americans," he told AFP. "We saw a campaign that was filled with racism and misogyny and whole host of other terrible tactics that ultimately were successful for winning the electoral college."

"But we're not going to let a Donald Trump presidency stop the progress in this country," he added.

"We're going to continue to organize and fight for the rights of all people and to protect the safety of our brothers and sisters."

Joanne Paradis, 31, who was born in Mexico and works in international communications for a non-profit group in Washington, said she attended the rally to "share some solidarity."

"I feel pretty down," she said. Asked if the country could weather a Trump presidency, she said, "I don't know."

"But we have to acknowledge what happened to deal with it, to face it and talk about it and be honest about it."

"I just came here to mourn," said Chris Hassan, 28, who works for a civil society group.

Police officers at SF Trump protest tell me they have "no idea" on size of crowd. But suffice to say it's big. Passing Fell on Market now. pic.twitter.com/rymrdfMSf8

In Los Angeles, hundreds of teens and young adults rallied outside City Hall chanting "Not my president!"

The crowd there grew to about 300 people, local reports said, including some who sat in the middle of a road to block traffic. Others burned American flags.

In Pennsylvania, hundreds of University of Pittsburgh students marched through the streets, with some in the crowd calling for unity.

The rallies followed protests overnight on Tuesday as voting results were being tallied, when at least one person was seriously injured in Oakland, California, where demonstrators broke store windows and set garbage alight.

It begins. Protest and more protest. My niece in Chicago is already voicing what we all are feeling! #notmypresident pic.twitter.com/6TRCUOTZSU

There were no immediate reports of arrests or violence.

Wednesday's demonstrations followed a night of protests around the San Francisco Bay Area and elsewhere in the country in response to Trump's political upset.

A few miles away, students at the University of California, Berkeley protested on campus. 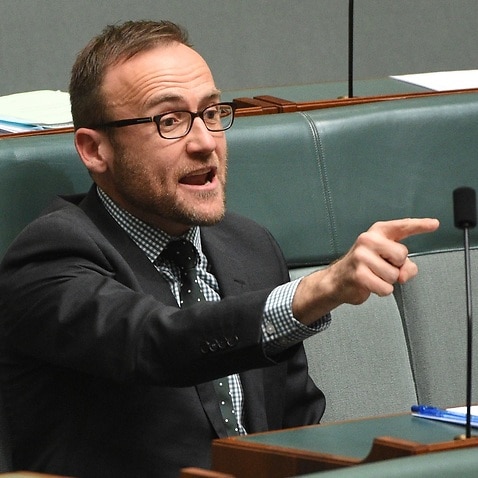 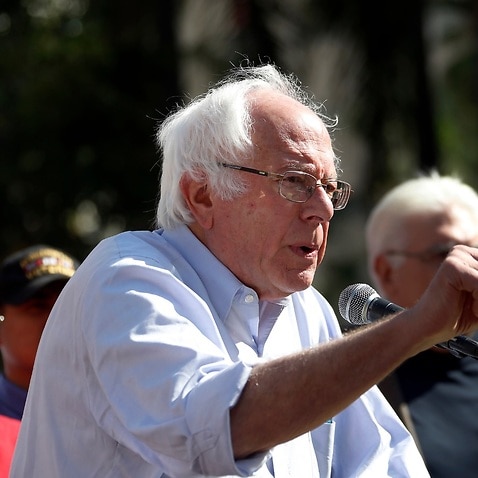 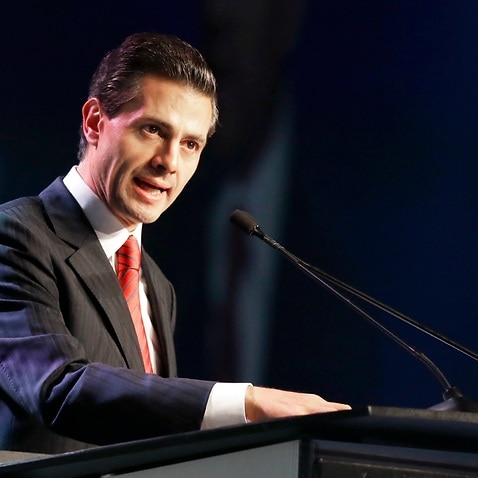 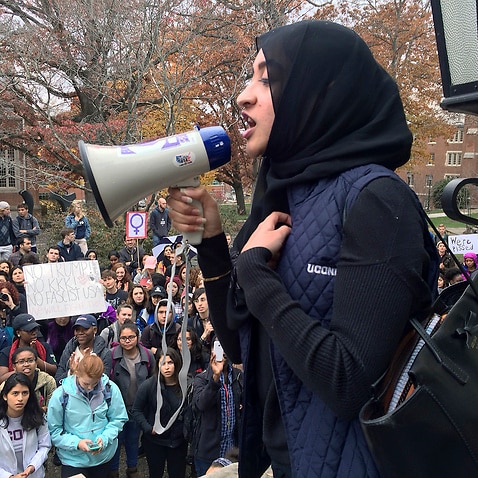 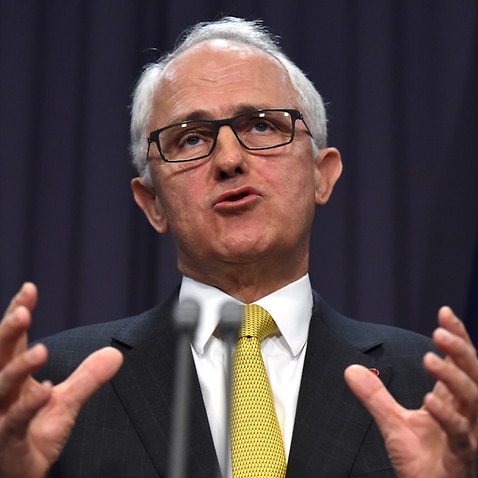