Safety and freedom is all Iranian refugee Loghman Sawari hopes for, but since being resettled in Papua New Guinea from Manus Island, he feels further away from both.

One of the first refugees resettled in Papua New Guinea from Manus is destitute, with no support services and suffering from mental and physical illness in the capital Port Moresby.

The Catholic Church has taken in young Iranian Loghman Sawari while he is on bail over fake passport charges.

Soon PNG may have to resettle many more like him when the Australian-run, open detention centre is closed in October, especially if the American refugee deal fails to deliver. 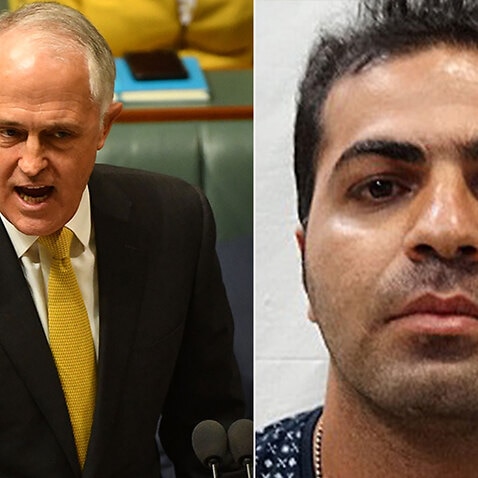 “I’m at the end of the game, I have zero, I have no hope now. Honestly no hope,” said Mr Sawari.

Mr Sawari lives in the compound of the Passionist Order in a small seminary dormitory room usually used by brothers studying to become priests.

It is messy like a bedroom of many 21-year-olds, but he rarely leaves.

Port Moresby is frequently rated one of the world's least-liveable cities.

"Sometimes it's not safe even for the local people, sometimes, I'm not saying all the time. Sometimes you can hear the shot of the gun,” said Mr Sawari.

"I'm the one, the first one who came here, and I have to say that, it is not safe to bring all of these people here.

“After so long playing with their mind, while in detention, they make them mental, and now they're going to bring them here?

“I don't think it is any way to settle them properly."

He is angst-ridden from his experiences at the Manus detention centre, which was ruled illegal by PNG’s highest court in April last year.

"When Loghman sits down and talks about all those things going on in his life, I'm angry. Some of those treatments are not human at all, they're inhuman treatments,” said father John Auram, the superior of the Passionist Order which has taken the Iranian refugee in.

“Loghman is the most beautiful person, he gives a lot of joy to the community. Knowing his story, I don’t want anything more to happen to him.” "I’m at the end of the game, I have zero, I have no hope now": Loghman Sawari.
SBS World News

Fleeing to Fiji on a false passport

Mr Sawari was a 17-year-old youth, one of four minors, when sent into adult detention on Manus.

In 2015 he was recognised as a refugee and was one of the first to accept resettlement in PNG.

"This is one of the medication they put me [on],” he said showing a box of generic Prozac anti-depressants he has been prescribed.

"This is the records from the hospital they gave me last time I had my stomach [problem],” he said holding images of internal bleeding.

“Some people they support me to go to the hospital.”

Earlier this year, Mr Sawari flew to Fiji but was deported back again and now faces false passport charges.

The initial charges were dropped for lack of evidence and he has pleaded not guilty to the current ones, saying he was not aware the passport was wrongfully issued.

He gets no money for resettlement and has no ID card or visa from the PNG government.

"After so long, I'm a refugee and I [still]have not been given an ID card to show people my name,” he said.

The church has offered him a room, as part of his bail conditions, and psychological support. 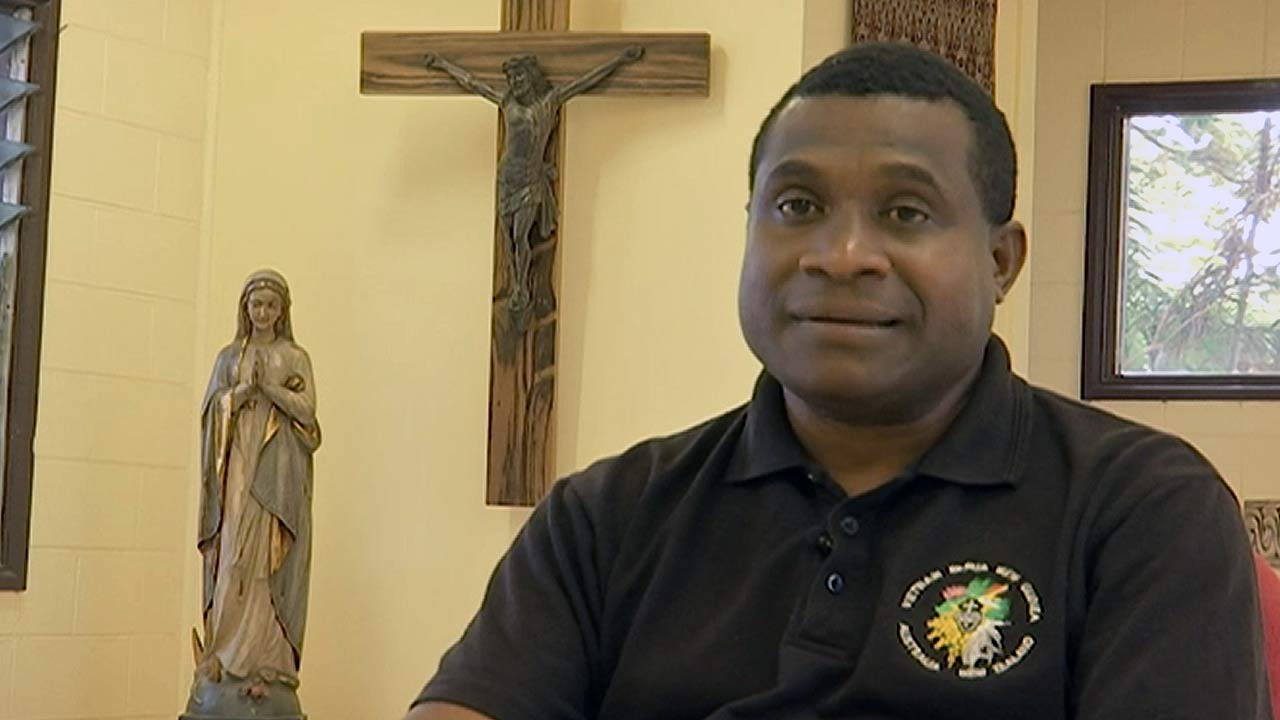 Once the Manus Island detention centre shuts, hundreds more refugees will be forced to resettle in Papua New Guinea.

"My biggest concern is do they offer any support for these people?,” Father John said.

Only about 20 refugees from Manus have been resettled.

Australian Immigration said in a statement to SBS World News it has given "significant financial support to PNG to provide services" but “questions relating to services in PNG should be referred to PNG Authorities."

PNG Immigration did not respond to SBS World News enquiries but has settlement support details on its website.

“For recently arrived refugees including those processed under the RRA [Regional Resettlement Arrangement], this may include language and cultural orientation assistance, case management support, and assistance to find employment and accommodation,” the website says.

“PNG does not have an extensive social welfare system.

“Refugees may be provided with targeted support to enable them to become self-sufficient.”

On Manus, hundreds of refugees are awaiting word on the American deal, or for any news of where they will end up.

“I don’t want to go to Australia,” said Mr Sawari.

“Please give me safety [in a third country]. If they respect my safety, I will go.

“We have not come to collect money, freedom is all we need, freedom is safety and safety is freedom, that’s all.”