The NSW government says the strategy will seek to "drive deep decarbonisation" as the state aims to halve its carbon emissions by 2030. 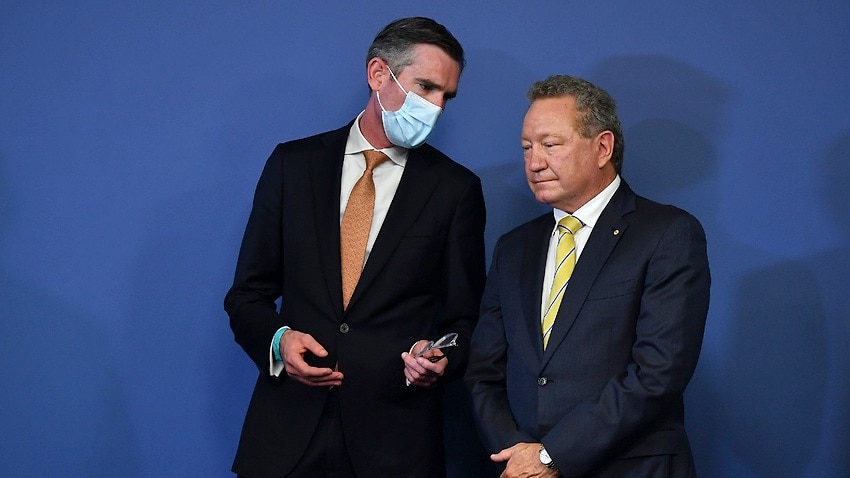 Up to $3 billion in government incentives to establish "green hydrogen" energy projects will be on offer in New South Wales.

Premier Dominic Perrottet and Treasurer Matt Kean on Wednesday will outline the state's new hydrogen strategy, hoping to attract more than $80 billion in private investment to the sector.

"Our major trading partners see hydrogen as part of their energy future. This state has the skills, infrastructure and renewable energy resources to compete globally in this new industry," Mr Perrottet said in a statement.

The plan will also seek to "drive deep decarbonisation" in NSW as the state aims to halve its carbon emissions by 2030.

"This strategy is forecast to more than halve the cost of green hydrogen production in NSW and will make NSW the best place to invest in hydrogen in the world," Mr Kean said.

It comes days after the Queensland government announced one of the world's largest hydrogen-equipment facilities would be built in Gladstone, in a partnership with Fortescue Future Industries.

Gladstone will become a world-leading hub for the manufacture of electrolysers - vital to the production of renewable hydrogen.

NSW has already declared a proposed hydrogen-gas turbine power station at Port Kembla in the Illawarra as "critical state significant infrastructure", meaning it will be fast-tracked.

The station will use up to five per cent green hydrogen.

A separate dual green hydrogen-gas power plant will be built at Tallawarra, with the NSW government spending $78 million on it.

The coal-powered Liddell Power Station near Muswellbrook, in the NSW Hunter region, is due to come offline in 2023.