The NSW attorney-general has intervened after learning of cuts to frontline domestic violence support services in western Sydney. 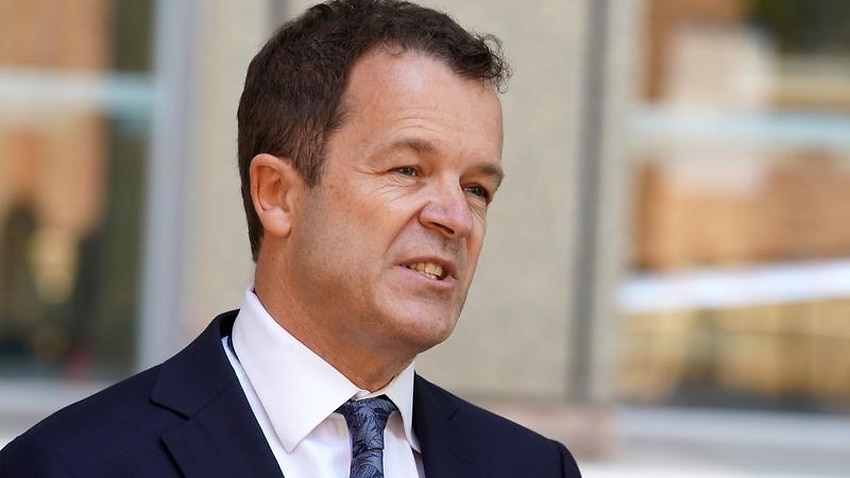 NSW minister Mark Speakman says he will make sure there are no cuts to domestic violence services. (AAP)

NSW Attorney-General Mark Speakman has intervened after he and the state premier were blindsided by a decision to cut domestic violence support services.

Mr Speakman and Gladys Berejiklian both said on Wednesday that they only learned of cuts to services in western Sydney that morning.

Ms Berejiklian said she and the treasurer were concerned to hear about the reports, as they were out spruiking their $26.7 billion health spend in Tuesday's state budget.

"I'd never let that happen on our watch," she told reporters in Sydney.

"Our government prides itself on having record investment in domestic violence - more importantly, we're the first government that's ever in Australia had a holistic approach to those issues."

The state government on Wednesday was questioned on funding for domestic violence, homelessness, TAFE, child protection and education, as the opposition continued to pore over Tuesday's budget.

Treasurer Dominic Perrottet declared a "new golden century" and said the state was "strongly in the black, back to back", confirming a $802 million surplus in 2018/19 and $1 billion next financial year despite a drop in revenue and record $93 billion infrastructure spend.

The coalition boasted of record spends on health, education and road and transport projects, in a budget which also put $355 million towards drought relief.

But Labor's domestic violence spokeswoman Jenny Aitchison called on the coalition to outline any additional funding to tackle domestic violence, saying money for the sector was always unclear as it was spread across multiple portfolios.

The opposition also accused the government of making broken promises, with education spokesman Jihad Dib saying sixty per cent of their 190 new or upgraded schools had no detail attached.

"There are many schools that have been announced over and over again with still no detail," Mr Dib told reporters.

However, a spokeswoman for Education Minister Sarah Mitchell said all of the schools were fully funded, with some of the money set out in budget papers.

"For others, we have allocated $30 million to keep progressing the early stages of planning, or they are currently going through commercially confidential tender processes," she said in a statement.

Ms Berejiklian also defended the government's spending to tackle homelessness, after NSW Council of Social Service has said there was no new or additional funding to support the commitment to halve street homelessness by 2025.

"We've actually boosted what we put in place to do with that, our social housing program will see us build 3000 to 4000 new dwellings over the next few years," Ms Berejiklian said.

"There is a whole of government approach and I'll have more to say about that over the next few weeks."