The NSW Greens have introduced draft laws that aim to reduce plastic pollution but the premier believes plastic bags aren't the biggest cause of litter. 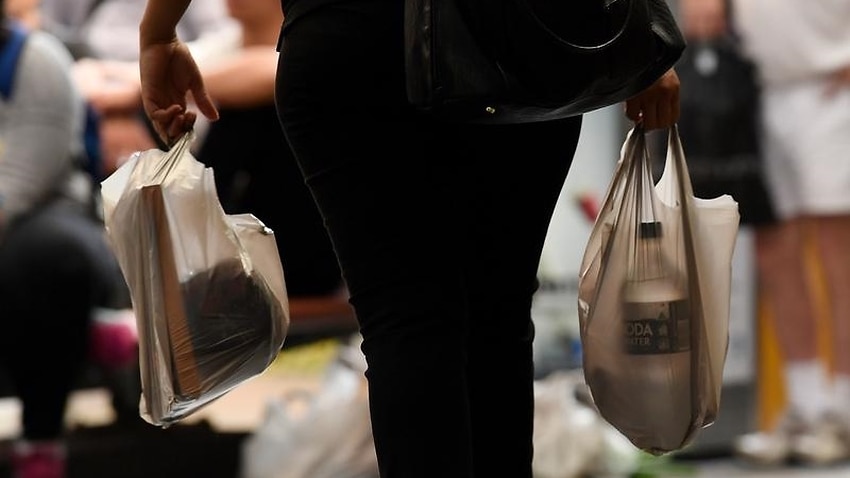 Legislation to phase out single-use plastic bags across NSW by the end of the year has been introduced to state parliament.

NSW Greens MP Justin Field introduced the bill to the upper house on Thursday, saying the state had fallen "woefully" behind others when it came to reducing plastic pollution.

He pointed to a United Nations estimate that by 2050 there'll be more plastic in the ocean than fish.

The proposed laws include banning single-use plastics such as bags and straws by the end of 2018 and aim to reduce the amount of plastic waste entering the marine environment by 90 per cent by 2020.

Mr Field told parliament that as a child he used to collect seashells at the beach but now watches his son pick up plastic from the sand.

"In one generation our beaches, rivers and oceans have become filled and covered by plastic pollution," he said.

Under the proposed laws, all packaging in NSW would become either recyclable, compostable or reusable by the end of 2023.

But NSW Premier Gladys Berejiklian insists the biggest cause of litter is containers not plastic bags.

That was why the coalition introduced a container deposit scheme, she said on Thursday.

"I'm confident that in due course those single-use plastic bags won't be in existence," she told reporters.

Asked if the coalition government would introduce legislation to ban bags she replied: "We're seeing it already happening and we'll monitor that and if we need to act we'll consider that."

The Greens' push comes after Woolworths and Coles announcing they would phase out single-use plastic bags before Coles performed a backflip.

First it extended indefinitely the giveaway of thick, reusable plastic bags before coming under fire from customers and green groups, then announced the free bags would stop on August 29.

NSW Labor environment spokeswoman Penny Sharpe said her party was pursuing its own legislation but would look at the Greens' bill.

"Our legislation is dealing with one aspect, single-use plastic, which we believe is something the parliament can deal with straight away," she told AAP on Thursday.

"We are open to discussion about reducing all plastic pollution."