Premier Gladys Berejiklian confirmed NSW students will return to school one week ahead of schedule, with the state set to exceed its 70 per cent full vaccination target. 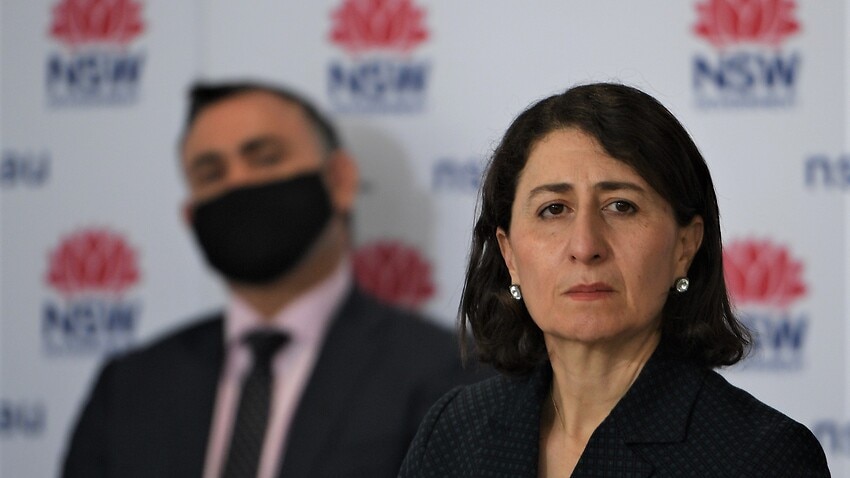 Deputy Premier John Barilaro said the decision to lock down the two LGAs until 11 October was made due to an "increased public health risk."

He said stay-at-home orders will apply to anyone who was been in the Kyogle LGA since 21 September or the Narromine region since 28 September.

Stay-at-home orders for the Kyogle and Narromine LGAs will be introduced from midnight tonight (Thursday) until Monday, 11 October due to an increased COVID-19 public health risk.

The Snowy Monaro LGA will be locked down for seven days from 3pm on Thursday, with the stay-at-home orders applying to anyone who has been in the region since 22 September.

Stay-at-home orders have also been extended for more than a dozen LGAs in the state's regions due to the spread of COVID-19.

NSW Chief Health Officer Kerry Chant remains concerned about the surge of cases in the regions.

"We are seeing an increase in cases in our regional areas and, again, we urge everyone in regional areas to take the opportunity to get vaccinated as quickly as possible but also to please keep presenting if you have any symptoms of COVID," she said on Thursday.

Of the 941 new locally acquired cases in the 24 hours to 8pm on Thursday, there were 82 in the Illawarra and 82 in the Hunter.

There are currently 1,090 COVID-19 cases admitted to hospital, with 213 people in intensive care, 105 of whom require ventilation.

Four people were not vaccinated and two people had received one dose of a COVID-19 vaccine.

NSW Health said on Thursday the lockdowns would be extended until 11 October in numerous regional LGAs.

Stay-at-home orders will be lifted on Friday for Mid-Western Regional, Hilltops and Walgett LGAs.

In the Central Darling Shire Council, stay-at-home orders will be lifted on Friday, with the exceptions of Wilcannia and Menindee.

Orders will be extended in Menindee for a further seven days and in Wilcannia until 11 October.

Students to return to school early

It comes as Premier Gladys Berejiklian confirmed students will return to school one week ahead of schedule.

The earlier return was decided after NSW exceeded vaccination double dose expectations, and as the state is set to reach 70 per cent full coverage ahead of schedule.

It has already completed 86.7 per cent of first doses among residents aged 16 and over, with 62.9 per cent now fully vaccinated.

The staged opening of schools was to begin on 25 October starting with Year 12, kindergarten and Year 1 but it will now start on 18 October for this group.

All other students will be integrated back onto school grounds over the following two weeks, on 25 October and 1 November.

Meanwhile, the state's treasurer has announced businesses will still be able to receive financial support from the government after Commonwealth funds are wound back.

The federal government has flagged COVID-19 financial support measures for businesses will be phased out by the time a state reaches 80 per cent double vaccination coverage - expected to be October - as will COVID-19 disaster payments for people who have lost work.

Mr Perrottet said the support from the NSW government would cost about $500 million.

"Whilst this has cost the budget substantially during this period ... we always said from the outset that success for NSW won't be the budget position, but keeping as many people in work and as many businesses in business during this difficult time," he said.

With additional reporting by Caroline Riches