The head of the New South Wales Rural Fire Service has hit back at the body representing the state's volunteer firefighters, rejecting a move for members to be compensated after weeks of toil. 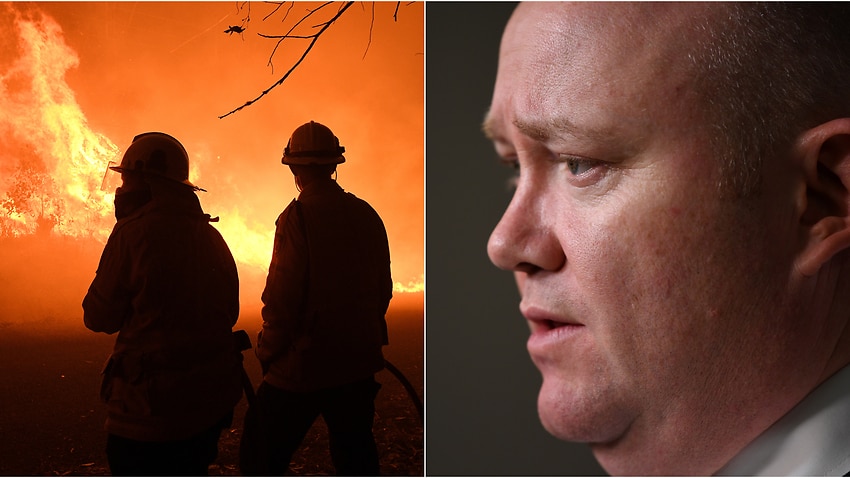 The man tasked with coordinating the rural firefighting effort across New South Wales has returned serve at a volunteer firefighting association.

The president of NSW's Volunteer Fire Fighters Association says the state and federal governments have ignored the fact its unpaid members have racked up expenses, including petrol spent driving to fire fronts to fight blazes.

Crews have also used crowdfunding to pay for smoke masks and given up income, Mick Holton told The Sydney Morning Herald.

But New South Wales Rural Fire Service Commissioner Shane Fitzsimmons has flatly rejected calls to compensate volunteer firefighters, telling Sky News the suggestion is not within the longstanding spirit of the organisation.

"Overwhelmingly in my decades of service and even getting around some of these fire grounds in the last few days, the volunteers don't want payment. It doesn't make them volunteers," he said.

"They have given me that message loud and clear again and again. Its what I've grown up with as the sentiment across the organisation."

Mr Fitzsimmons maintains there are other measures in place to ensure volunteers are receiving the support they need.

"I'm in regular dialogue with the prime minister, with our premier and of course my minister David Elliott about other arrangments where we can ensure unnecessary hardship isn't affecting too adversely our members," he said.

"For goodness sake, let's not take away from the extraordinary spirit that is volunteerism."

The RFS boss has also called into question the integrity of the volunteer firefighters union.

"The only time I hear anything…from that mob is through the media. There is no visibility, there is no access to information about who they claim to represent, how many they represent," he said.

"Their leader is a failed political candidate and unfortunately their motivations are really unclear."

"Why aren't we picking up the tab"

Association president Mick Holton has also called for tax breaks for the volunteer firefighters and said the current fire situation was "out of control".

His comments came as NSW Emergency Services Minister David Elliott rejected the idea that the volunteers should be paid.

"Anyone who is arguing we have to pay them doesn't understand the ethos of the volunteer in this country," Mr Elliot told The Australian.

Prime Minister Scott Morrison has said the government is taking advice, before noting that "Australia's system all around the country has always, and will always, depend on having a large volunteer force" to deal with flood, fire and other relief efforts.

"I'm taking advice from fire commissioners on what is best needed to continue to support access to that important volunteer force that is out there," he said, noting there had been no state recommendations on compensation for volunteers.