A national Aboriginal and Torres Strait Islander children's strategy is needed to curb the number of Indigenous children in child protection, a report argues.

The number of Aboriginal and Torres Strait Islander children in out-of-home care could double in 10 years if leaders don't do more to confront the issue, a new report has warned. 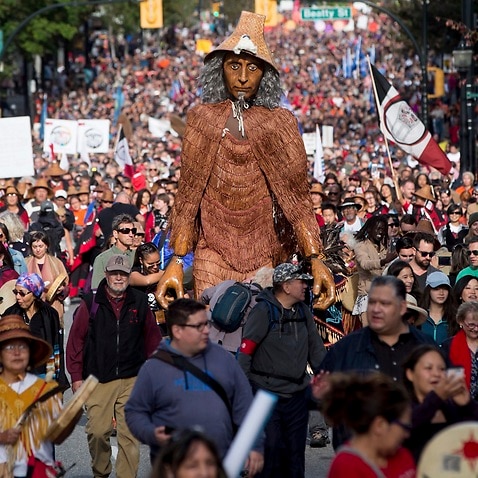 That is despite them making up only 5.5 per cent of all children.

Indigenous children are therefore 10 times more likely to be removed from their homes than those who aren't indigenous. The number of Indigneous children in out-of-home care is predicted to double without changes.
AAP

The report also notes a growing trend towards permanently removing children from their families.

The rate of Aboriginal and Torres Strait Islander children being placed with Indigenous carers dipped to 45 per cent in 2018, down from 49.4 per cent the year before.

"They are at serious risk of permanent separation from their families, cultures and communities," Family Matters co-chair Richard Weston said.

He stressed that it's particularly alarming because of the long-term impacts of children being taken from their families. “The trauma associated with child removal is intergenerational. It affects a person’s functioning in the world, has an adverse impact on family relationships and creates vulnerability in families."

The care rates are higher than expected, prompting the group to predict the population of Aboriginal and Torres Strait Islander children in out-of-home care will more than double by 2028.

"This projection presents a particularly startling and disturbing picture of the future impacts on Aboriginal and Torres Strait Islander families and communities if we fail to effectively intervene now," the report states.

So too is investment in Indigenous-controlled services focused on children's early years.

The organisation has also recommended the creation of state-based and national Aboriginal and Torres Strait Islander children commissions.

It would also like an end to legal orders for permanent care and adoption for Indigenous children, with a greater focus on helping children connect to kin, culture and community.