Thousands of students across New Zealand have skipped class to call for greater government action on climate change. 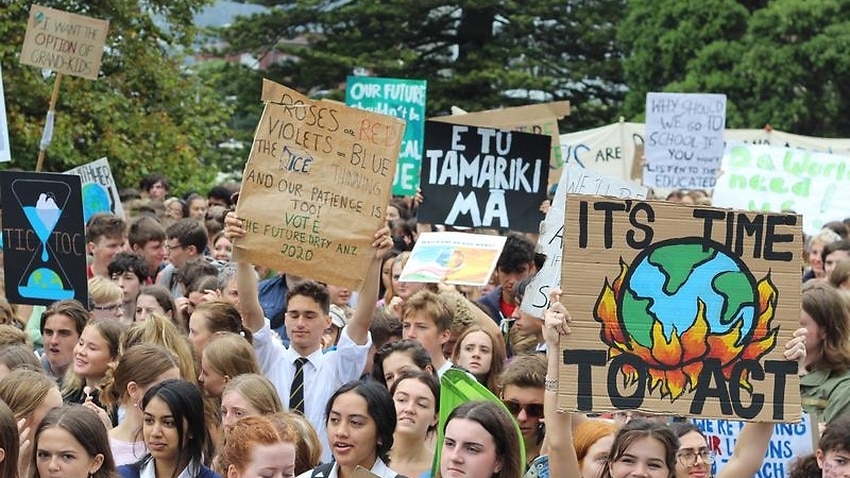 While Australian students striking against climate change have copped flak from senior ministers, Kiwi pupils marching on parliament have received a promise from their government.

Thousands of students across New Zealand on Friday joined peers in Australia and across the world in skipping class to call for greater government action on climate change.

"Thank you for taking a stand ... Today is your day," an impassioned Climate Change Minister James Shaw - sporting a black eye after being assaulted in public a day earlier - told the crowd assembled on the parliamentary lawn in Wellington.

He received a rockstar welcome from the chanting audience of thousands that earlier flooded streets in the city and were joined in similar events nationwide.

"We are as much a part of this society as every other age group ... I cannot vote and for me, right now, this is my vote," local high school student Oli Morphew, 14, told the rally.

"How are we supposed to be the future if we are not being given a future to have? If the people who should be making the future for us are too busy making the present for themselves."

While stopping short of telling students to break the rules by skipping class to strike, New Zealand Prime Minister Jacinda Ardern this week said youth needed to be heard and taken seriously.

"It's literally their future," she said on Friday.

"Please keep bringing as many people as you can with you, because we simply won't achieve our goals alone."

The strike also received backing from hundreds of academics, teachers and unions but, like in Australia and Britain, conservative politicians and commentators have been less than keen on students missing a day of school for the event.

Shaw was attacked while walking to work on Thursday by a man reportedly shouting political slogans.