President Barack Obama looks set to take executive action to introduce measures to make guns harder to get in the US.

President Barack Obama says he will meet US Attorney General Loretta Lynch to discuss ways of reducing gun violence amid reports he intends to take executive action on the issue.

Obama, in his weekly recorded address on Friday, said he has received "too many letters from parents, and teachers, and kids, to sit around and do nothing."

He has repeatedly urged Congress to tighten gun laws, with his calls growing louder following the 2012 massacre at an elementary school in Newtown, Connecticut, and again this year after mass shootings in Colorado Springs, Colorado, and San Bernardino, California. 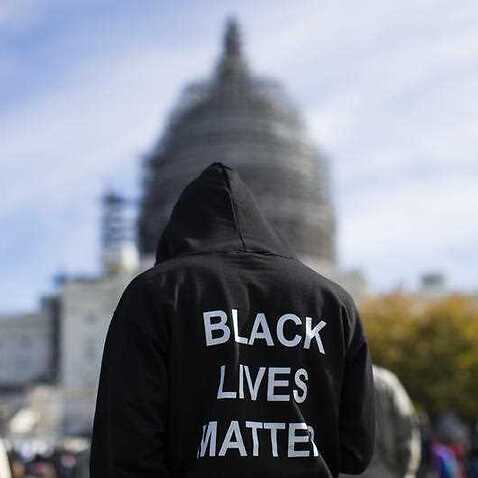 For US police, a year of reckoning: Ofﬁcers fatally shoot nearly 1000 "A few months ago, I directed my team at the White House to look into any new actions I can take to help reduce gun violence," Obama said in the address. "And on Monday, I'll meet with our attorney general, Loretta Lynch, to discuss our options."

The Washington Post, citing several individuals briefed on the matter, said Obama and Lynch would "finalise a set of executive actions on guns that he will unveil next week."

Frustrated with little action from Congress, Obama has vowed to use "whatever power this office holds" to put in place gun control measures through executive action, which does not require congressional approval.

"We know that we can't stop every act of violence," Obama said. "But what if we tried to stop even one? What if Congress did something - anything - to protect our kids from gun violence?"

The Post said Obama would use his executive authority in several areas, including expanding new background-check requirements for buyers who purchase weapons from high-volume dealers.

"Change, as always, is going to take all of us," said Obama, who is on vacation with his family in Hawaii.

"That is why he has asked his team to scrub existing legal authorities to see if there's any additional action we can take administratively," Schultz said. "The president has made clear he's not satisfied with where we are and expects that work to be completed soon."

A Gallup poll in October found 86 per cent of Americans support law reform that would mandate universal background checks during gun purchases. But those polled were also divided on whether such action would reduce the incidence of mass shootings.