Campaigners have called for a dramatic reduction in domestic-violence deaths and injuries on White Ribbon Day, as 78 women have died from violence this year alone.

Data shows one woman is killed by her partner in Australia every week, and women continue to account for half of domestic violence victims.

This year alone, 78 women have died as a result of violence, with an estimated 80 per cent of the deaths a result of domestic or family violence, according to the Counting Dead Women initiative run by Destroy the Joint.

The initiative records the death of every woman from a violent incident in Australia. It includes cases when the alleged killer is female, although the majority of offenders are men.

Despite the ongoing terror for so many women, the number of Australian women killed from intimate partner homicide each year has dropped over the past two decades.

The latest data from the Australian Institute of Criminology says 47 women died from intimate partner homicide in 2011-12.

That equates to one woman dying from intimate partner homicide every seven-to-eight days in 2011-12.

Between 2002-03 and 2011-12, family and domestic homicides accounted for close to half of all homicides - and almost half of those victims were women.

The rate of women aged 15-65 years dying from intimate partner homicide has fallen during the past 23 years.

Those falling numbers in Australia were consistent with other English-speaking countries, a spokesperson from the Australian Crime Commission (AAC) told SBS.

"Another important factor to consider is increased rates of reporting of domestic violence whereby interventions by police and other responders can be put in place earlier and potentially prevent violence culminating in a homicide."

Lawyer Pallavi Sinha has represented domestic violence survivors and is a member of the White Ribbon advisory committee.

She said that while the figures on a per capita basis are useful to keep in mind, it does not detract from the seriousness of the issue.

"The other thing with figures is that they’re often under-reported because they may not be capturing every single death that has occurred," she said.

"It requires that there was a proper reporting of domestic violence experienced. But that is a useful statistic and is something to bear in mind – and it doesn’t take away from the fact that it is a very serious issue. There are women dying every week. And it something we have to have on the agenda until it stops."

She said the number of domestic violence cases handled by police and services are growing at a steady rate.

“In the last five years we’ve had a 55 per cent increase in the people we have been able to respond to,” she said.

A new report commissioned by the federal government released today finds attitudes of blaming the victim are still “firmly entrenched” in Australian society.

The survey of 1000 Australians, conducted by market research group TNS, found that too often males escaped blame for domestic violence.

"Too often, adults believe that disrespectful and aggressive behaviour among young males towards young females is some form of rite of passage that should be understood rather than judged,” said Social Services Minister Christian Porter, launching the report. 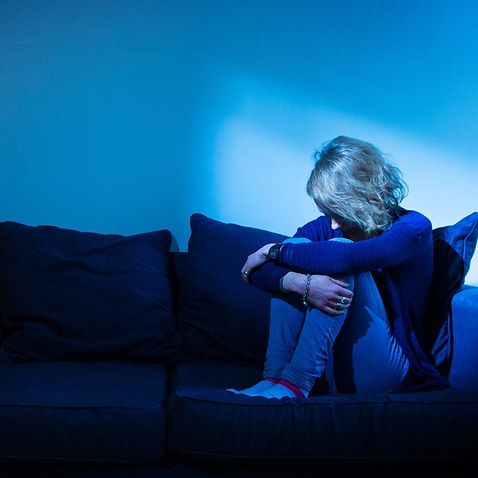 The report found young men were taught to blame others for violence, while young women internalised the experience by blaming themselves.

Prime Minister Malcolm Turnbull said the report’s findings are "utterly unacceptable" and would need to be a key focus in domestic violence policy.

"The fact that it occurs within a relationship makes it no less violence than violence that occurs on the streets," Mr Turnbull said.

"These attitudes have to change. These are big cultural changes we need to effect."

Karen Willis from the NSW Rape Crisis centre said the underpinning issue is one of gender inequity.

"It is about gender equity at the individual level, family, community and society. So the individual might have a sense of entitlement that their needs or wants are paramount to others."

“They may not be aware of the laws in Australia, the avenues to seek help, they may be isolated in that they may not have family or friends here,” she said. “Or if they do [speak out], they fear stigma if they speak out about violence they may be experiencing.”

“And especially for those who are brought here and sponsored by a partner on a temporary visa there is the added complication of the fear they may be sent to their home country.

“I have represented and provided legal advice to those who were so shattered by domestic violence they did not really want to go back to the country they came from originally.”

She said tailored preventative strategies are needed to address these specific challenges faced by migrant communities, such as the greater use of cultural training and liaison officers and targeted education campaigns.

She also praised steps by the government to adopt a recommendation made to collect domestic violence data with a breakdown by ethnic communities.

“It is very important because once such data is compiled it is easier, more effective for tailored strategies to be developed. To determine what extent the violence is being experienced. Perhaps which communities are experience it and in what way.”

"The White Ribbon Campaign is about recognising the positive role that men play in preventing violence against women."

Yet the violence continues to be an issue across Australia.

And the violence that women experience is fundamentally different from what men suffer. Seventy-thousand Australians assaulted six or more times in a year

“Strangers were the most common offender type [for males],” the ABS said in February.

“Intimate partners and family members were the most common offender type [for female victims].”

Ms Willis said the duration and impact of violence against men and women are different as a result of the nature of the violence.

"Men will tend to experience physical violence in public places - the workplace, pubs or footy fields. And it tends to be one-off. Men will experience that violence at higher rates than women."

Australian group Destroy The Joint, which describes its mission as promoting gender equality, keeps a tally of female victims of fatal gendered violence, with the count going back to January 1, 2014.

On November 24, according to the register of incidents, 78 women had been killed by people who were known to them.

The service reports on incidents in the news, which means some incidents will not be found to be homicide in court.

CORRECTION: An earlier version of this article incorrectly stated that 76 Australian woman died at the hands of their partners. It should have said that the deaths relate to all incidents of violence, with 80 per cent of the cases attributed to domestic and family violence.

Do you need help?

If you or someone you know needs help with issues raised in this article, you can call the National Sexual Assault, Family & Domestic Violence Counselling Line.

Or, for people who need help or know someone who needs help with suicidal thoughts or other mental health concerns, call Lifeline or the Suicide Call Back Service.