Senator Malcolm Roberts says he will tender documents to the High Court regarding his eligibility to sit in federal parliament.

One Nation senator Pauline Hanson moved a motion on Wednesday referring her colleague to the High Court over concerns about his dual citizenship status.

The One Nation leader told the senate she would ask the Court of Disputed Concerns if Senator Roberts breached section 44 of the constitution – which makes it illegal for dual citizens to sit in Parliament.

"I am strongly of the belief that everyone in this chamber should be an Australian citizen, should not have allegiance to another country," she told reporters at an earlier press conference in Canberra.

"I truly do believe that of Senator Roberts."

Senator Roberts told reporters he “was a citizen of the UK and colonies” but renounced it shortly before he was elected last year. He has not publicly released the renunciation documents.

"I'm looking forward very much to presenting my documents, tendering them in the High Court, and let the High Court make the decision,” Senator Roberts said.

"We are being very upfront, to be accountable to the people, and I have always acted that way and that is One Nation's stance." Senator Roberts also mounted a defence of his case in the senate chamber after Senator Hanson's motion.

"I like section 44 [of the constitution], I love section 44 because I know I've done the right thing," he said.

"I'm very confident that I'm eligible because, otherwise, I would not have signed that nomination form."

"I am telling you now, my belief is he is not a dual citizen."

The Attorney-General, George Brandis, also asked the senate to respect the court process.

“I have seen nothing, literally nothing, other than unverified allegations in relation to Senator Roberts,” he told the chamber.

He said he deserved to be treated as a Senator until “someone demonstrates to the contrary”.

“He is entitled to maintain that position, to put his position to the Court of Disputed Returns and obviously we’ll respect the outcome.”

Section 44 of the constitution has already ended the political careers of Greens senators Scott Ludlam and Larissa Waters, who both discovered they were dual citizens earlier this year.

It also led to government minister Matt Canavan resigning from Cabinet until the High Court determines whether he holds dual Italian citizenship. 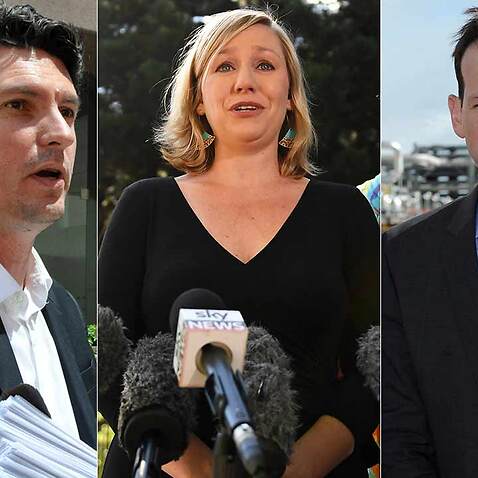