The world's largest anorexia nervosa genetics study shows only a third of Australians with the illness are being monitored by a medical professional.

Adelaide woman Arabella was 15 when she started changing her eating habits and shedding weight.

Arabella's story is typical of Australians with anorexia nervosa, who start fasting at an average age of 15, a study shows.

Fasting and exercise are the most common methods of weight control and typically start at a younger age, interim data from the world's largest genetic investigation into anorexia nervosa shows.

Most concerning, Australian scientists say, is that only 32 per cent of the local study participants are under the care of a medical professional. "The fact that an extremely large number of people living with anorexia are not under medical supervision is gravely concerning, given anorexia has the highest death rate of any mental health illness," said Australian Anorexia Nervosa Genetics Initiative associate investigator Professor Tracey Wade, of Flinders University.

The ANGI study seeks to shed light on the genes that predispose people to anorexia nervosa, which researchers say has a strong but as of yet unspecified genetic predisposition.

Arabella, who is medically classified as underweight, says she is making inroads into managing her illness and is participating in the study to learn whether it is genetic, environmental or both.

She is one of more than 2400 Australian volunteers so far and the scientists hope to get to a total of 3000 blood donors by July. 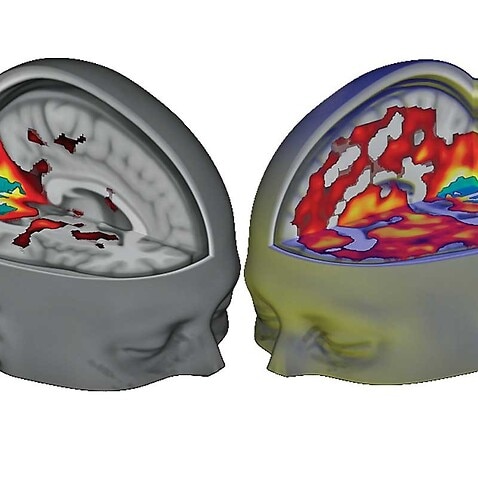 Comment: LSD findings are another reminder the war on drugs holds back important research

"This study represents the largest sample of Australian individuals with anorexia nervosa to date - information that is providing compelling insights into weight control behaviours, and the ages at which these behaviours typically start," lead Australian study investigator Professor Nicholas Martin said.

After fasting (age 15) and exercise (16), purging starts at an average age of 17 while the use of tablets as a weight control behaviour typically commences in later teenage years, said Prof Martin of QIMR Berghofer Medical Research Institute.

The Brisbane-based institute is one of four centres around the world working on the genetic investigation into anorexia.